Flight to Quality Phenomenon Continues to Play Out 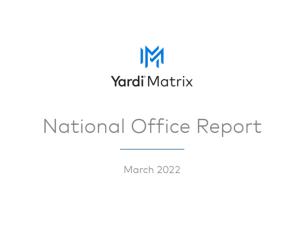 Two years into the pandemic, businesses have started to open back up, while political and corporate leaders are urging people to move back to downtowns. Despite this, office assets remain relatively empty, and it’s unlikely that office-using levels will reach those from February 2020 again, according to the latest CommercialEdge office market report.

Meanwhile, companies are trying to lure back workers to the office by betting on amenitized office buildings, further fueling the flight-to-quality trend amplified by the pandemic. As a result, the average sale price for Class A assets in the last quarter of 2021 was 15 percent higher than in 2019. As a comparison, Class B buildings recorded a 6 percent increase during the same time frame. This translates into new opportunities—and challenges—for Class B and C assets, which will likely become targets for conversions and redevelopments.

Office transaction volume equaled $12 billion in the first two months of 2022. Office assets traded at an average $284 per square foot at the end of February, with lab space generating heightened investor activity. Sales were concentrated in the Bay Area, where $918 million worth of office assets changed hands year-to-date as of February.