A 100-megawatt facility will come online in the high-demand market of Hillsboro, Ore. 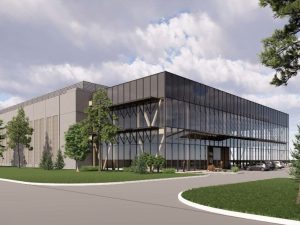 A newly formed data center operator will develop its first campus in the growing Portland, Ore., market. Crane Data Centers, in an investment partnership with Principal Asset Management, has announced it will build a 100-megawatt facility in the city of Forest Grove, near the Hillsboro data center ecosystem.

Crane’s first data center will come online in two phases, with the initial one slated to include a 300,000-square-foot building on a 35-acre site. It will deliver 50 megawatts upon completion, with the possibility to expand to more than 100 megawatts at a future date.

The data center will have access to multiple fiber paths and recycled water for cooling. The site includes a power substation, which will allow the facility to access renewable energy.

Crane is also planning to expand in several other U.S. and international markets. The firm is currently engaged in predevelopment processes in Silicon Valley, Los Angeles, Phoenix, Chicago in the U.S., as well as in Tokyo and Osaka, Japan.

One of the reasons why developers like Crane Data Centers are attracted to Hillsboro is the international cable connection, as it is a landing site for four submarine cables, providing users with reduced latency to the Asia-Pacific region. Furthermore, Oregon offers a robust tax incentive program for data center developers.

In addition, the presence of large technology companies in the area is also one of the main drivers of data center demand. These include Intel, Amazon Web Services, Google, Apple, Nvidia Corp. and Logitech, among many others.

According to a CBRE report, Hillsboro’s data center market had a 7 percent vacancy rate in the first half of 2022. The surge in demand led to a rush to grab more land in the area, with several providers looking to purchase. At that time, the market’s pipeline totaled 228.8 megawatts, nearly double the existing inventory size of 134.4 megawatts.