Data Center Operators Strive to Catch Up With Demand

Highlights from a CBRE report on primary hubs and emerging markets. 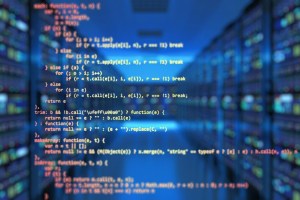 Image by Elchinator via pixabay.com

Data centers remained a top-performing real estate asset in 2022, as the need for more digital infrastructure intensified, according to CBRE Research. Wholesale colocation markets had record levels of absorption, while investment also amped up, with some massive deals closing over the past 12 months. Still, some markets remained undersupplied, which contributed to spikes in prices for data center development, while concerns over land and power availability remain a hot topic in several regions.

CBRE found that during the first half of 2022 primary U.S. markets recorded 453.4 MW of positive absorption—more than tripling year-over-year. Construction activity also heated up, with developers bringing online 329.9 MW of new supply, up 10.5 percent year-over-year. Northern Virginia led growth in both absorption (269.3 MW) and new supply (219.5 MW delivered.) Approximately three-quarters of the space under construction in the market was already preleased, a common occurrence for data center development, considering how strong demand is.

Central Texas in the spotlight

Texas’ deregulated power market presents an attractive opportunity for data center developers because their ability to participate in a market without restrictions inevitably makes power less expensive. “Electricity is one of the largest expenses a data center bears, therefore this impacts the total cost of ownership in a meaningful way,” CBRE Associate Mikey Jaillet told CPE.

A rising primary market is Central Texas—comprising the Austin and San Antonio metros. As more companies decide to relocate to Texas, demand for digital infrastructure is on an upward trajectory.

“Much of the current colocation market in the Austin area is made up of household technology company names that call Austin home or have a large office presence,” said Bernet.

Austin and San Antonio recorded 4.9 MW of positive absorption during the first half of 2022. At 1.3 percent, Central Texas had the lowest vacancy among all U.S. markets, on par with Silicon Valley, according to CBRE Research. 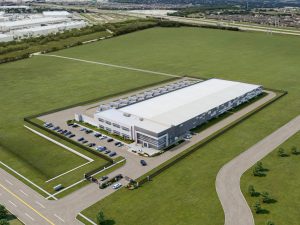 The Pflugerville/Round Rock market near Austin saw increased construction activity in the past year. Major projects include a $500 million data center by Prologis and Skybox Datacenters, currently taking shape in Pflugerville, and a 40-acre, 72-MW data center project in Round Rock by Sabey Data Centers that is expected to come online this quarter.

Some issues remained, however, as new development is not immune to economic headwinds. Chris Herrmann, senior vice president of advisory and transaction services with CBRE Dallas, told CPE that supply chain disruptions have impacted not just the Texas markets, but all major data center markets in the world.

Meta brought its Central Texas data center investment total to $1.6 billion, with the announcement of a second facility in Temple. But the company decided late last year to pause its $800 million project due to needed changes at the design level. Meta’s first foray into the state was another $800 million data center in Fort Worth, which came online in 2017.

In spite of all current economic challenges, Herrmann expects user interest and data center operator interest to continue to grow. “It would not be shocking to see net absorption in the market grow meaningfully in 2023 and 2024, compared to previous years. That will likely drive continued development from new and current operators,” he said.

In 2022, it became even more apparent that sustainability needs to be a major part of the niche’s future. As emissions from data centers reach more critical levels, companies worldwide have made pledges to reach net-zero emissions, as well as focus more on developing green data centers.

According to CBRE, operators are under immense pressure to make their facilities more sustainable. Following events such as the drought experienced in the Southwest in 2022, data center water usage came under intense scrutiny.

One avenue of remedy—sustainability-linked financing—gained traction as a trend in the data center realm, with some large deals closing last year. Vantage Data Centers, for example, secured a $300 million loan to finance its VA13 data center in Ashburn, Va., while Aligned Data Centers signed a similar deal, following its record-breaking $1.4 billion agreement in 2021. Later in 2022, Aligned increased its sustainability-linked loan to $1.75 billion to accelerate its growth plans. The company is currently looking to expand in Ashburn, Va., Chicago, Phoenix and Salt Lake City.

According to a recent CPE interview with Vantage Senior Director of Sustainability Amanda Abell, the data center industry provides a great opportunity to have an enormous positive influence on addressing climate change, since the sector consumes so many resources.