Our 2017 ranking of the Leading Commercial and Multifamily Developers features a group of firms with wide geographic and sector diversity. 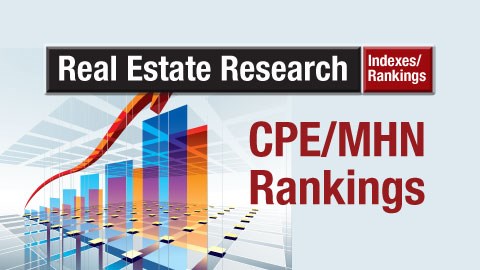 Our 2017 ranking of the Leading Commercial and Multifamily Developers features a group of firms with wide geographic and sector diversity. Many of our top developers are working on projects around the globe in a variety of asset classes. The total development portfolio of our top 50 firms equates to more than 250 million square feet under construction as of June 2017, and more than 310 million square feet completed in the past three years.

Topping the rankings this year was Trammell Crow Co., with strong geographic and sector diversity. Of the top 10 developers, five have international portfolios, while all but one operate in all four U.S. regions. Our top 10 firms completed more than 150 million square feet from 2014 through 2016, and have 144 million square feet under construction—or roughly 60 percent of the total construction pipeline for our top 50 developers.

Construction delays due to a constrained labor force and rebuilding efforts in areas affected by recent natural disasters may impact the portfolios of our top developers. However, as leaders in the industry with well-stocked development pipelines, these companies should be poised for a productive 2018.

The 2017 CPE-MHN Top 50 Developers ranking utilized self-reported data for all firms. The ranking is a weighted formula based on a variety of factors (only a few of which are specified here), including current and future plans, market value of projects completed and under construction, and geographic and property diversification. The ranking represents what we feel is a logical balance between firm growth and market share.

Originally appearing in the December 2017 issue of CPE.