A look at six big trends creating bright spots and challenges for commercial real estate in 2021.

The impact of COVID-19 will ripple through asset categories well into 2021 and possibly beyond, as the pandemic accelerated a variety of trends that were already in the works. Notwithstanding the federal government’s end-of-the-year infusion of financial relief, economic pain is still ahead. Yet the federal action and the introduction of a vaccine are two of the promising signs that a change of direction is ahead. Here’s a look at six big trends creating bright spots—and sometimes challenges—in 2021.

Foundation for a Comeback

Economists see the ingredients of a recovery starting to fall into place. “In the very short term, it’s a still a bit of a challenge,” said JLL Chief Economist Ryan Severino. “But there is light at the end of the tunnel and the middle of next year starts to hold promise.” That said, patience is in order. The U.S. economy will see “more of a gradual change,” Severino predicted. “It’s not like someone flips a switch.”

One reason for renewed confidence is the long-awaited $900 billion relief package enacted by Congress in December. Just as the $2.2 trillion CARES Act helped keep the economy afloat in 2020, the most recent measure promised to provide a backstop for multifamily residents and commercial occupants struggling to keep up with rent payments. The key to wider economic recovery is widespread distribution of the vaccine, which could be in full swing at midyear.

Several key indicators could also bode well for the industry. CBRE’s projections call for the Federal Reserve to keep interest rates low in 2021 and for a 4.5 percent uptick in GDP. Capital markets are expected to remain soft early in the year but should start normalizing by mid-to-late 2021. With more than $300 billion in capital ready to be deployed around the globe and particularly in North America, domestic and foreign investors have plenty of dry powder available for investment.

“I think growth is going to be quite good in 2021, but it’s going to be back-ended,” said Richard Barkham, global chief economist at CBRE. 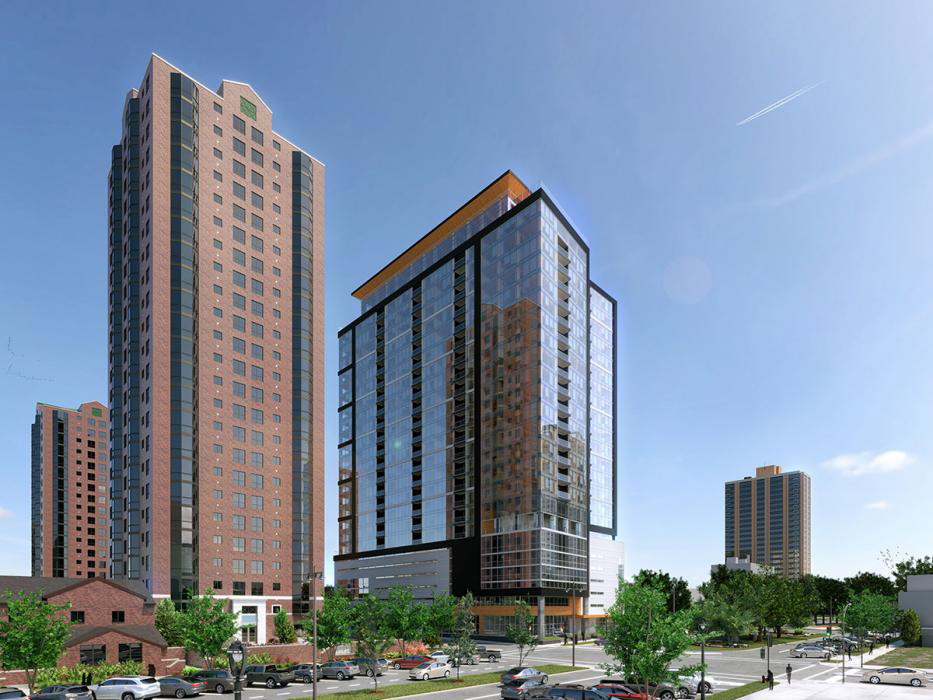 Rising 284 feet above street level in downtown Milwaukee, the luxury multifamily tower called Ascent will be the world’s tallest timber-frame building when it is complete in mid-2022. Image courtesy of Korb & Associates Architects

Demographic trends accelerated by COVID-19 will have far-reaching implications across the commercial and multifamily property sectors this year. In 2020, Millennials and other cohorts started to move from major cities to the suburbs and from gateway markets to secondary and tertiary markets in states with lower taxes and a better quality of life.

Many went to second homes, but others have packed up and left cities like New York and San Francisco, heading for suburban areas of their metros. The Sun Belt and Mountain West states are also proving to be popular destinations.

The trend has been dubbed “The Great American Move” by the latest edition of Emerging Trends, the annual study produced by the Urban Land Institute and PwC, noted Anita Kramer, senior vice president at ULI and a co-author of the report. Emerging Trends cites Phoenix, Salt Lake City, Austin, Texas, and Tampa, Fla. as markets characterized by high demand and rapid price appreciation.

Corporations are on the move, as well. Some California-based technology companies are seeking a change from the state’s high taxes and challenging regulatory environment. In December, Hewlett Packard Enterprise announced that it would move its corporate headquarters from San Jose to CityPlace, a 60-acre, master-planned mixed-use project in Spring, Texas, a Houston suburb. HPE will occupy 440,000 square feet in two five-story buildings being developed by a joint venture of Patrinely Group, USAA Real Estate and CDC Houston and scheduled for completion in the spring of 2022.

In December said that it was relocating its headquarters from Redwood City, Calif., to its campus in Austin. Now under construction, the 420,000-square-foot facility will complement an existing 560,000-square-foot space that opened in 2018. Both Oracle and HPE cited the broader goal of providing its workers with greater flexibility of working locations. 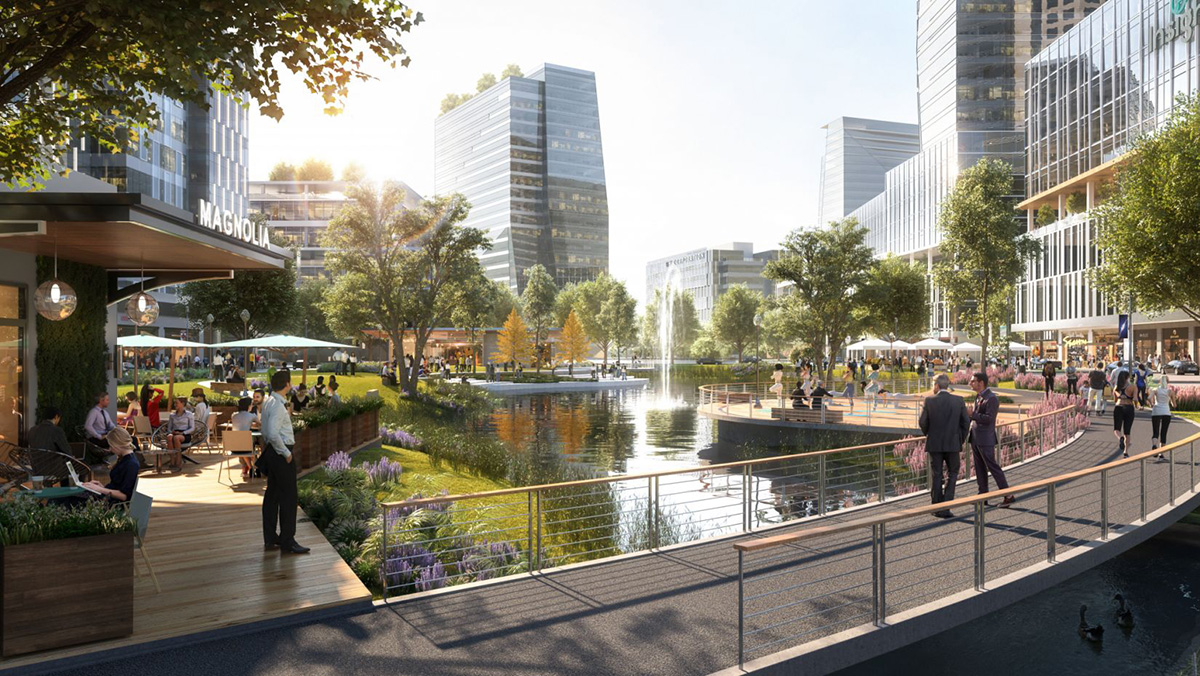 New Direction for the Office

One issue that is both consequential and difficult to assess is what’s ahead for the office. Some observers suggest that occupiers will need to keep or expand their current footprints to meet social distancing requirements, while work-from-home policies are likely to lead to space reductions in urban downtown markets.

The pandemic is prompting office occupants to reassess their space needs. About half of tenants—53 percent—have discussed reducing their footprint with their landlords or expect to have that conversation. That was a central finding of the COVID-19 Commercial Real Estate Impact Study. Commissioned by Building Owners and Managers Association International, developed by Brightline Strategies and underwritten by Yardi Systems Inc., the report is one of the first to explore and quantify office tenants’ evolving views of their space needs.

Yet the study also reveals a significant silver lining: The overwhelming majority of office occupants continue to find value in their physical footprint. Seventy-seven percent of C-suite respondents consider in-person office space vital to their business.

Most analysts agree that office occupants will prefer a hybrid model combining remote and in-person work for some time. Those who moved to outer suburbs may not mind making longer commutes, providing that they only make those trips two or three days a week, Kramer said. And tenants may be looking to lease space in newer buildings with state-of-the-art HVAC, touchless technology and other safety factors. “Instead of location, location, location, it might be location, location, safety,” Kramer said.

Like other asset categories, multifamily did not lack for challenges in 2020. As wary lenders and investors held off on making commitments, transaction volume declined 41.6 percent nationally for the first nine months of the year, according to research by Yardi Matrix. The Northeast and West were hit particularly hard, with falloffs exceeding 50 percent.

Also at issue is the capacity of struggling residents to keep up with rent payments. By the first week of June, 80.8 percent of multifamily residents had made at least partial payments, according to the National Multifamily Housing Council. By the same period of December, that figure had declined to 75.4 percent. Notwithstanding those issues, the multifamily market remains on track for a solid year. Some differentiation between regions and market categories is likely.

“Suburban (multifamily) is definitely performing better than urban,” observed Anthony Graziano, chairman & CEO of Integra Realty Resources. “And Class B suburban is really what everybody is chasing today … in terms of occupancy, the B sector will absolutely stay strong.”

To Graziano’s point, Yardi Matrix multifamily investment data shows the dominance of secondary markets, which accounted for 55.6 percent of sales during the first nine months of the year. An important factor will be acquisition price compared to replacement cost. There will also be far fewer multifamily construction starts in 2021 other than affordable and workforce housing, Graziano said.

CGI Real Estate Investment Strategies is “definitely very bullish on the suburban multifamily market for the next two to three years,” said Andre Soroudi, director of acquisitions for the West Coast. The Sun Belt holds particular promise; to CGI’s current preferred its current activity in California, Florida, Georgia and New York, the firm is eyeing ground-up development and acquisitions in Dallas, Austin, Florida, the Carolinas and Virginia.

In some urban markets, newer buildings currently struggling with lease-ups could make enough progress to provide attractive opportunities to buyers, including institutional investors. “We think that some time in the middle of 2021 we might see some stabilization within the urban markets,” Soroudi said. 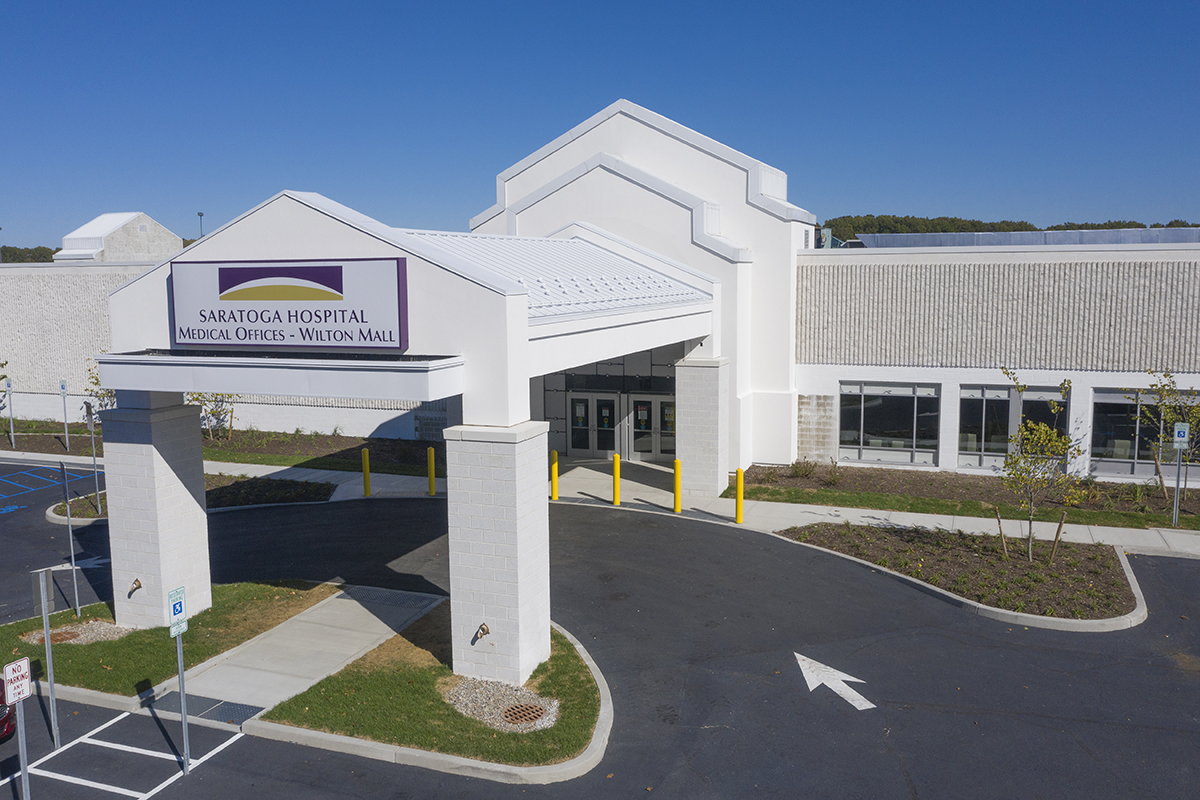 A 2020 breakout star, the industrial sector is on track to follow up with a banner year in 2021. Even as completions climb 29 percent in 2021, expanding inventory nationwide, demand should keep rents rising, according to CBRE estimates. Besides the much-discussed impact of e-commerce, key influences will be renewed manufacturing activity in the U.S. and logistics users’ strategy of boosting inventory in order to avoid shortages.

“We did see a lot more completions in 2020 than we expected, and the trend will likely continue,” said John Chang, senior vice president & national director of research services at Marcus & Millichap.

Big boxes in the 500,000-square-foot range accounts for the majority of new product. Look for continued demand in intermodal hubs like the Inland Empire, Dallas, Houston, Chicago and Atlanta markets. Demand for local infill space will continue spurred by the likes of Amazon, Walmart, Target, Best Buy and Costco, Chang added.

Cap rates have compressed so much in the industrial sector that it now makes more sense to develop properties rather than acquire them, said Shlomi Ronen, managing principal & founder of Dekel Capital. And, he added, “there are some good development opportunities.”

The approach of one active investor serves as an example. As of late 2020, CapRock Partners’ construction pipeline in California, Arizona and Nevada totaled 5 million square feet of space, reported Jon Pharris, president & co-founder of the Newport Beach, Calif.- based firm. But by early 2021, that could more than double in size to 13 million square feet.

In North Las Vegas, one of the West’s strongest development markets, CapRock recently broke ground on a two-building, 1.1 million-square-foot project. The complex comprises an 857,060-square-foot build-to-suit asset for an e-commerce retailer and a speculative 271,262-square-foot building. Pharris said most projects are preleased before completion or within 12 months.

Perhaps the brightest spot for 2021 is one that extends beyond any asset category, region or business area. A variety of factors, not least of them the pandemic, are prompting ingenuity that is influencing every corner of the industry. The hunt for vaccines has set in motion renewed investment in both life science R&D and in the facilities that house that work.

In November, Ventas announced a $930 million joint venture with GIC, the Singaporean sovereign wealth fund, to invest in a 1.4 million-square-foot portfolio. Or consider the partnership of Hines and 2ML Real Estate Interests on Levit Green, a 52-acre, live-work-play development in Houston that will be anchored by life science R&D facilities.

Fresh thinking is permeating design and construction. The quest for safety is placing a premium on features like touchless entry, as well as on properties that promote the physical and mental well-being of occupants. Alternative construction materials are receiving heightened attention among multifamily and commercial developers alike.

In Milwaukee, the world’s tallest timber-frame building is under way: Ascent, a $125 million, 25-story luxury multifamily tower being developed by New Land Enterprises and Wiechman Enterprises and scheduled for completion during the summer of 2022.

As the pandemic has accelerated the decline of outdated retail properties, the next chapter for those properties will call for fresh solutions. On-site fulfillment centers are frequently mentioned as candidates, but an even better bet could be medical uses, contends Jeff Green, principal at Jeff Green Partners and a longtime retail strategy consultant.

At Wilton Mall, a 709,000-square-foot regional center in Saratoga Springs, N.Y., Saratoga Hospital leased 56,000 square feet formerly occupied by Sears. By late 2020, the hospital had moved into 44,000 square feet with offices, surgical podiatry services and the Center for Wound Healing and Hyperbaric Medicine.

Changes that affect properties in some way are compelling, but intangible changes are also consequential. The renewed focus on diversity and inclusion will be a powerful factor as the industry strives to build its talent pool and foster diversity in its leadership ranks. The trends that will shape 2021 will affect the next business cycle; initiatives to enhance diversity, if pursued consistently, have the power to effect generational change.