Why the Chip Shortage Is a Boon for US Markets

Intel is doing it, Samsung's doing it, even Micron is doing it—leading semiconductor manufacturers are building mega-plants to address a shortfall in the product.

The private sector is stepping up to the plate to address the global dearth in the semiconductor supply, and the effort is translating into a huge boost for the industrial real estate sector in markets across the U.S.

To address the shortage, a growing list of semiconductor manufacturers have been announcing plans for the development of some of the largest chip plants in the world, and wherever these facilities pop up, opportunities follow.

The results of the U.S. Department of Commerce’s Request for Information on the semiconductor supply chain in September 2021 yielded major insight into the chip shortage, including the fact that median demand for chips highlighted by buyers was as much as 17 percent higher in 2021 than in 2019, marking a major supply-demand disparity.

Over the last six months, major players in the semiconductor arena have been tackling the chip crisis by coming to the fore with news of plans for gargantuan development projects across the U.S.

“This activity validates what we are seeing in the current real estate market regarding the regionalization of manufacturing,” John Morris, an executive managing director with CBRE, told Commercial Property Executive.

“Manufacturing assets are more frequently now being located closer to regional populations, e.g., the Americas, versus China or Mexico, in an effort to develop incremental, sometimes redundant capacity in locations where total supply-chain costs and risks can be minimized. Leased square feet for manufacturing in the U.S., for example, doubled in the U.S. in 2021 compared to 2020.”

In November 2021, Samsung revealed that beginning in the first half of 2022, it will build a 6 million-square-foot semiconductor facility on a 1,200-acre site in Taylor, Texas, a suburb of Austin. The manufacturer’s $17 billion investment will encompass the land, buildings, equipment and other personal business property. Micron Technology Inc. followed Samsung’s announcement with news of its own; the chip manufacturer is considering the Greater Austin Area for a facility that will be part of a $150 billion, 10-year investment endeavor.

In metropolitan Phoenix, Intel is in the process of expanding its Ocotillo campus, located in Chandler, Ariz., with the addition of two new factories at a total investment of $20 billion. Additionally, in Phoenix proper, Taiwan Semiconductor Manufacturing Co. commenced construction of a manufacturing campus, the first phase of which carries a price tag of $12 billion and will yield 3.8 million square feet. Once decisions are made on locations, the impending impact on the community can be nothing less than explosive. 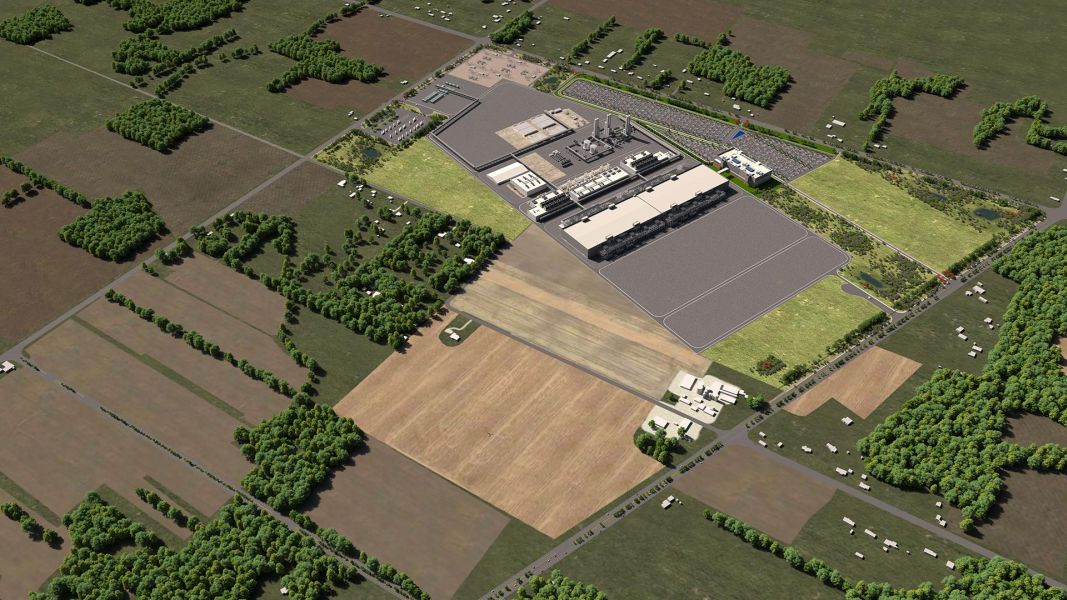 “The impact to the manufacturing sector in the Phoenix metro area resulting from TSMC locating in Phoenix is already being seen; even as far south as Pinal County,” Kevin Helland, senior vice president with Avison Young, told CPE. “Multiple Taiwanese suppliers have already announced plans to open facilities such as Sunlit Chemical and LCY Chemical. More announcements are expected. We have experienced a significant increase in interest in our land listings in Pinal County as a result of the TSMC plant.”

Benefits of the ecosystem

Any market that lands one of the semiconductor mega-plants can count on the project serving as an enormous economic boost, but it isn’t just the project itself that provides jobs and an economic infusion; a chip plant is like an octopus of a gift, as from that one plant emerge many offshoots. Semiconductor plants generate an ecosystem of sorts that consists of suppliers and partners required for the plant to operate locally. Wherever a plant sprouts up, so too will materials suppliers, equipment contractors and other service providers.

“Manufacturing investments like these do indeed create a cascading impact on local economies and on the logistics real estate markets in the area; these markets can certainly expect an increase in demand for logistics space to support tier 1 and tier 2 suppliers that will need to locate supply materials close to manufacturing plants,” CBRE’s Morris said.

Intel caused a buzz with its January 2022 announcement of plans for an initial investment exceeding $20 billion for the development of two state-of-the-art chip manufacturing factories in Licking County, Ohio. The two fabs will take shape on a 926-acre site near Columbus that, with an investment of as much as $100 billion over the next 10 years, could accommodate a total of eight chip factories. Along with Intel’s big news, a handful of the company’s partners and suppliers made their own announcements. Air Products, Applied Materials, Lam Research and Ultra Clean Technology all revealed that they would establish a presence in the Licking County area to support Intel’s new facility.

Chip users spread the wealth, too

Chips and cell phones may seem to go hand in hand, and they do, but the automotive industry is the largest consumer of semiconductors, accounting for 42 percent of the market, according to the Commerce Department, and electric vehicles require as many as 2,000 semiconductors, a great deal more than vehicles with internal combustion engines. So, it is poetic in some sense that Tesla is the name behind the Gigafactory, having invested $1.1 billion in a brand-new, 4.2 million-square-foot project in Austin that has reached or is near completion.

And then there’s the Tesla Gigafactory in the Sparks, Nev., near Reno, which, currently only 30 percent complete, has a 1.9 million-square-foot footprint that allows for roughly 5.3 million square feet of operational space across several floors. Upon full build-out, Tesla expects the facility to be the largest building in the world.

Where the big manufacturers go, other industrial users will follow. “We have already seen companies break ground on distribution facilities near growing manufacturing centers in markets like Phoenix, Louisville, Ky., and Greenville, S.C. Developers believe that companies will want to locate as close as possible to the source of products or product components,” James Breeze, senior director & global head of Industrial & Logistics Research with CBRE, told CPE.