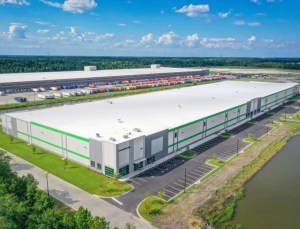 Building 1H is part of a two-phase acquisition. The first asset, Building 1F, was delivered and acquired by TerraCap this past August.

Building 1H is in the Savannah Gateway Industrial Hub, one of metro Savannah’s largest industrial parks, and is less than 13 miles from the Port of Savannah’s Garden City terminal. The property is also located minutes from I-95 and I-16. It is currently 75 percent occupied.

In a prepared statement, Steve Hagenbuckle, TerraCap founder & managing partner, said that the company’s expansion of its industrial holdings near growing seaports is integral to its investment thesis and strategy. The acquisition brings the TerraCap’s recent purchases in Savannah, Ga., to a total of nearly 1.4 million square feet.

Nick Vician, TerraCap’s director of Business Development and Strategic Initiatives, added that the master-planned industrial park has been meticulously designed and developed.

The seller was Broe Real Estate Group, of Denver, which was represented by Britton Burdette of JLL.

Colliers International was engaged to manage the property.

Heat at the seaside

Only three quarters into 2022, the Savannah industrial space market has already set a record for annual absorption, at nearly 11.3 million square feet year-to-date, compared with last year’s 10.5 million, according to a third-quarter report from JLL.

Total vacancy is a startling 0.5 percent, with zero sublease space on the market, JLL reported. Concurrently, rents have risen by 25.3 percent year-over-year, to north of $6.00, which is also a record for Savannah.

Looking toward 2023, the report anticipates continued strong tenant demand, with steady preleasing, as the Georgia Port Authority works to expand capacity at the Port of Savannah.