The suburban campus will encompass 3.4 million square feet in a multi-phase buildout. 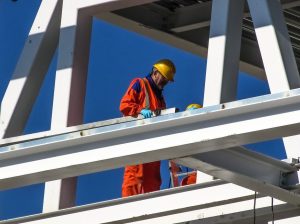 Image by dimitrisvetsikas1969 via pixabay.com

Green Point Property Co. has secured construction financing for the first phase of GTX Logistics Park in the Austin suburb of Georgetown, Texas. CommunityBank of Texas provided the $24.6 million loan, according to Williamson County records. At completion, the industrial campus will encompass roughly 3.4 million square feet of Class A industrial space across five buildings.

The industrial development will be built in phases on a 231-acre site within an Opportunity Zone. According to the project site plan, the first phase is the smallest build-to-suit option totaling 409,822 square feet, while other buildings can total more than 1.4 million square feet.

The owner plans to break ground during the first quarter of 2022 and expects to wrap construction of the first phase by the third quarter, according to the Austin Business Journal. In early November, Titan Development kicked off construction of a two-phase industrial project in the Austin suburb, located 25 miles north of downtown. The first phase of Gateway35 Commerce Center is also slated for a 2022 completion.

As of the third quarter, following the Northeast submarket, the Georgetown/Round Rock area had the most deliveries, clocking in at more than 1.2 million square feet year-to-date, according to NAI Partners.

As of November, industrial developments underway nationally equaled 537 million square feet, representing 3.3 percent of total stock, CommercialEdge data shows. The Dallas-Fort Worth metro is leading the top five markets for construction activity among the metros that make up more than one quarter of the current pipeline.