Finding a balance among conflicting economic factors will be tricky in the year ahead, according to Integra Realty Resources’ 2023 forecast. 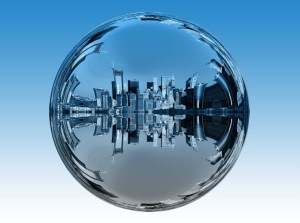 As the new year begins, “there appears to be both guarded optimism and extreme pessimism—not always in equal measure—around the state of the real estate market,” writes Integra Realty Resources CEO Anthony Graziano in the forward to Viewpoint 2023, IRR’s annual commercial real estate trends report and forecast.

On one side are doomsayers focusing on the risk of another global financial crisis, the possibility that the Fed will be unable to control inflation, rising food and oil prices, the FTX crypto meltdown—and the recent suspension by Blackstone and Starwood of redemptions in their real estate funds.

On the other side are the (guarded) optimists, who expect only a shallow recession. As the Fed tries to cure inflation by draining the market of capital, Graziano remarks, “Equity positions in real estate that are forced to act, via refinancing or sale in the coming year, will be punished with fewer buyers and deeper discounts….”

“The true optimist,” he continues, “realizes that patient equity will be rewarded with price rebounds over a longer time horizon….”

The report itself predicts that the overall economy should expect a similar combination of headwinds and tailwinds as the U.S. experienced in 2022. For example, the current unemployment rate of just 3.7 percent has boosted both consumer spending and inflation. And meanwhile, COVID-19 continues to mutate.

READ ALSO: Where to Find Opportunities as Economy Slows

To simplify, the forecast states, in a world with sustainable inflation, Treasury notes should yield a premium of about one percentage point above consumer inflation, or roughly 3.0 to 3.5 percent. Private market rates should require a further premium of 250 to 400 basis points, depending on the assets’ risk profile. That in turn implies cap rates of roughly 7 to 7.5 percent for commercial properties with reasonable leverage.

The report concludes: “It is safe to say that such a cost of funds has not yet been fully translated into prices of … income-producing properties. But slowing transaction volumes and the beginning of a price adjustment are being felt as 2022 winds down, and it would be surprising if pricing declines do not become commonplace in 2023.”

Regarding the office sector, IRR notes that the pace of hiring in the FIRE and Professional/Business Services sectors, heavy users of office space, slowed in 2022.

Moving beyond generalities around the return-to-the-office conflict, the report says that IRR found “some important peculiarities” inside overall vacancy data. These rates do not fall into the typical bell-curve “normal distribution,” but instead (according to Moody’s Analytics) vary widely around the nationwide average vacancy of 18.5 percent.

And despite any controversies about how many office workers actually are showing up on any given day, “While leases-in-place provide office owners with reasonably reliable levels of income, virtually no region of the country has seen office buildings appreciate in value to any significant degree in the 12 months ending September 2022.”

The forecast predicts that further softening of office values should be expected in 2023.

Nearly two-thirds of U.S. metros are seeing retail sectors in recovery or expansion, but IRR also notes that “the pace of change since the end of 2021 is ploddingly slow.” Cap rates, market rents and vacancy rates have typically moved less than 30 basis points, “suggesting stagnation rather than advance.”

Part of the issue is that federal cash infusions during the pandemic seem to have largely stopped shoring up consumer spending as of late 2022, with personal savings now below pre-pandemic levels.

A potentially positive sign is that malls appear to be bottoming out, a result in part of a “decades-long weeding out process of the weakest malls.” The remaining regional and super-regional malls mostly have strong competitive positions and deep-pocketed ownership.

Further, IRR opines, the sector is probably ahead of the others for repricing of assets.

The industrial sector is, predictably, the relative bright spot. Consider that appreciation in the third quarter of 2022 hit an amazing 30.6 percent according to NCREIF figures; vacancy fell below 4 percent, according to Moody’s Analytics; and new construction hit a record of nearly 700 million square feet, according to Newmark.

Regionally, IRR highlighted a dramatic shift since 2007 (based on a Newmark analysis) in import volume away from West Coast ports to East and Gulf Coasts ports.

IRR therefore sees no major likelihood of a substantial downturn in the industrial sector. “it’s improbable that this property type will see its wave cresting even far into the future.”