Transactions are down as investors grapple with higher debt costs and increasing uncertainty. But opportunities can still be found. 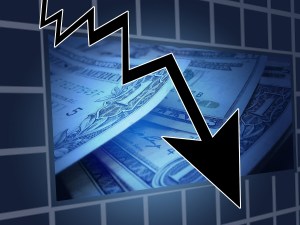 Image by Gerd Altmann via Pixabay

Commercial real estate investors and economists are expecting more interest rate hikes as the Federal Reserve continues to try and tame stubborn inflation, avoid a recession and attempt a softer landing for the turbulent U.S. economy.

Six rapid rate hikes and rising inflation between March and November have slowed transactions across all sectors as demand has softened due to higher debt costs and uncertainty, and the bid-ask spread has widened as sellers have been reluctant to lower prices.

“Transaction volumes are significantly down with a lack of clarity of current property values, greater uncertainty of future property values and the impact higher interest rates will ultimately have on cap rates,” said Marcus Duley, chief investment officer at Walker & Dunlop Investment Partners. 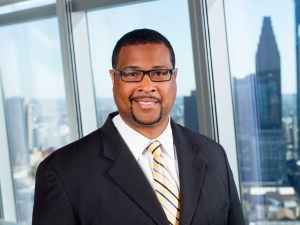 “Lenders are embedding cushion into their sizing parameters with lower LTV, higher DSCR (debt service coverage ratio) and higher debt yield requirements coupled with higher spreads and all-in interest rates. With this backdrop, many investors are taking a pause to wait and see how things will shake out in the first quarter of 2023 while recalibrating their investment approach to adapt to this new environment.”

While some investors are holding back—including those waiting for possible distressed assets to materialize—others continue seeking deals now, hoping to catch a discount due to lack of bids. 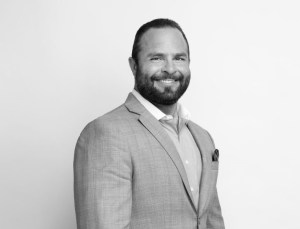 “We are already seeing some investors with large, patient balance sheets seeking out high-quality properties in the current environment of thin bid sheets,” said David Bitner, global head of research at Newmark.

Sabina Reeves, chief economist for CBRE Investment Management, said that is one of the strategies being deployed by the global real assets investment management firm which focuses on buying core properties to be held long term on behalf of its clients. She said the firm is actively screening opportunities and wants to be ready when it finds them.

“If we can access them with a 10 to 15 percent discount because other buyers are not in the market because of financing or other reasons, we think this could actually be a very compelling time to be in the market,” Reeves told Commercial Property Executive.

Jonathan Bennett, president of AmTrust Realty, a Manhattan-based firm that owns and operates 12 million square feet of office and multifamily assets mostly in New York City and Chicago, said they are working on a financing for a potential acquisition of an institutionally owned multifamily portfolio that’s trading at a cheaper price than it would have six months ago.

READ ALSO: What a Stagflation Scenario Could Mean for REITs

Rebecca Rockey, global head of economic analysis & forecasting at Cushman & Wakefield, noted that sales of most product types, including industrial and multifamily, were off by 20 percent year-over-year in the third quarter versus being up year-over-year in the first half of 2022. But she said there were also distinctions within sectors such as CBD office sales down 50 percent while the suburban office market held up. Retail transactions in the third quarter were down 10 percent year-over-year.

However, both Rockey and Reeves pointed out that comparisons to 2021 are not fair because it was a record-breaking year for transactions. 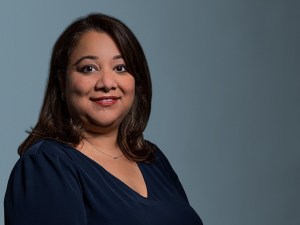 “Transaction volumes are still decent. They’re not as frothy as they were in the first quarter of the year. They are down but they’re still pretty good,” Reeves said.

Rockey said multifamily and industrial “had a wildly strong 2021” and there was broad consensus in the industry that such strength couldn’t continue.

“All of that said, properties in great locations with great fundamentals are still transacting,” Rockey told CPE.

Sam Chandan, director of C.H. Chen Institute for Global Real Estate Finance and professor of finance at NYU School of Business in New York City, agreed there are still deals to be made, albeit for a higher cost to borrowers. He said that is one of the differences between current economic conditions and those during the Great Financial Crisis.

“That doesn’t mean that financing a deal isn’t more expensive. Of course it is. But if your deal pencils out, you have a strong sponsor and strong thesis, the market is there,” Chandan said.

Will there be distressed properties?

Chandan pointed to other differences between CRE market conditions at this time versus 2008-2009.

“We do not have overwhelming distress driving price corrections. We do not have cracks in the underlying stability of the financial system. We have banks and non-balance sheet lenders that are markedly more cautious and reserved in their participation in the market,” Chandan said. 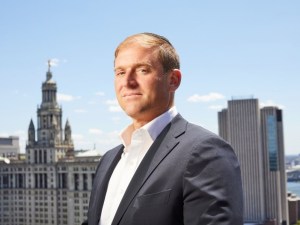 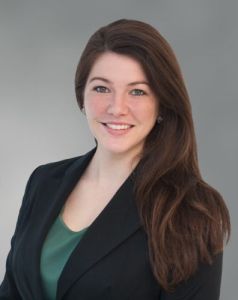 The overall amount of CRE loans coming due at substantially higher debt costs is more than 1 trillion dollars, cited Newmark’s Bitner. He expects that to result in distress in 2023 to 2024 for a range of office and retail loans, as well as recent bridge financings in the multifamily and industrial sectors.

“Investors seeking value in distressed assets may find more of them as we enter a year of more substantial debt maturation with higher prevailing rates than the incumbent loans,” Rockey said. “During the pandemic, there was a ton of capital waiting for distress that never came. Next year, I don’t expect that to remain the case—higher rates will challenge some borrowers.”

Lee Menifee, head of Americas investment research at PGIM Real Estate, said it will be about three to six months before we see distressed sales and recapitalizations start to emerge because leverage levels in real estate are generally low and there isn’t much pressure for owners to act quickly. 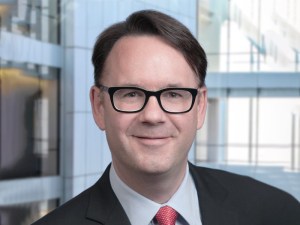 “When these distressed opportunities do emerge, debt will remain expensive and monetary policy will remain restrictive. The ‘extend and pretend’ approach to financing that we’ve seen historically in past downturns won’t work in the current high interest rate environment, which will put pressure on owners and lenders to be more proactive,” Menifee said.

Terri Adler, managing partner of Duval & Stachenfeld LLP, a New York-based real estate law firm, said a traditional bank lender will be less inclined to step into an asset that it’s not going to be able to run any better than the current owner. She said they may be more amenable to either working with the existing borrower or on a sales transaction allowing an assumption of debt with modified terms.

READ ALSO: When CRE Sellers Are No Longer King 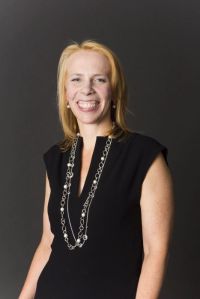 Adler also noted a lot of pre-negotiation agreements have been crossing her desk lately as lenders and borrowers begin discussing options for assets with loans coming due.

Those maturations are expected to create opportunities to provide equity and mezzanine debt to assist with loan modifications and restructurings.

“In the new year, I expect transaction volumes to begin to increase as high leverage loans mature and owners who financed their acquisitions and business plans with this type of debt are forced to either sell or do a cash-in refinance,” said Duley. “Depending on the situation, the ‘cash-in’ would be sourced with their own capital, a mezzanine loan, preferred equity or rescue joint venture equity. In the worst of possible situations, owners will have to work out loans with their lender and/or face foreclosures.”

For those selling or looking to buy, the bid-ask spread continues to be an issue and may even grow wider in the new year with more interest rate hikes expected by the Federal Reserve among other issues. Calling it a significant gap, Chandan said the bid-ask spread in the investment market is higher than it has been for some time.

“Higher interest rates are causing a disconnect between buyers and sellers and certainly this is happening across all asset classes,” said Xander Snyder, senior real estate economist with First American Financial Corp. “Some sellers are going to be motivated enough to lower prices, others won’t and in the short term this is going to lead to declining transaction volume as long as interest rates remain high.” 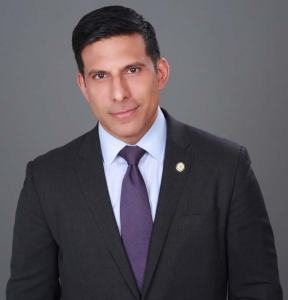 Both Snyder and Chandan noted the office sector faces additional challenges on pricing due to the continuing uncertainty regarding long-term demand for office space in the post-pandemic world.

Menifee said the initial freeze up in transactions and the bid-ask spread was caused by the higher cost of available debt and was the primary reason for the gap between buyer and seller expectations up until about a month ago.

“Now, uncertainty around property incomes and investor demand for real estate in general, given the attractive opportunities in fixed income and other asset classes, as we enter a weaker economic environment are all driving the market slowdown in addition to expensive debt,” he said.

While Menifee expects that to continue well into 2023, he does predict that when buyer and seller expectations do start to align, they’ll be more favorable to buyers.

Rockey said it’s understandable that there is hesitation on pricing but expects there will be pressure in the debt and credit markets next year that are unavoidable and should allow for more price discovery to occur. Her analysis indicates overall CRE prices may come down by about 20 percent, with variances depending on the property type and other potential economic scenarios.

Bitner was a little less optimistic noting that as long as there is hope for asset owners that if they wait, rates will decline and values reflate, then buyers and sellers will remain at something of an impasse.

On a positive note, warnings of additional rate hikes gave the CRE industry time to prepare.

“The worst thing you want to be in a downturn, even if it’s a short downturn, is to be in a position where you’re a forced seller, a forced refinancer or where you have a lease break or rollover that you suddenly have to renegotiate in the middle of a recession,” said Reeves. 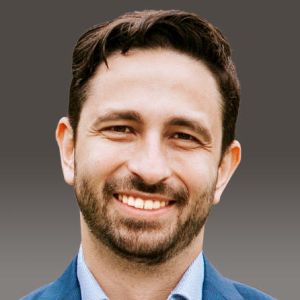 “A lot of them have just been locking in low long-term interest rate loans to basically ensure they have the liquidity to ride out whatever a prospective recession looks like,” Snyder told CPE.

Snyder was among the economists who say a recession is becoming increasingly likely to occur in the first half of 2023.

Reeves said her firm is forecasting “a relatively short and shallow and controlled, deliberately induced contraction to get inflation down.”

READ ALSO: The Benefits of Interest Rate Caps at a Time Like This

The Federal Open Market Committee will be meeting Dec. 13 and 14 for its final session this year and may slow the pace of rate hikes, possibly announcing a 50 basis point increase rather than a 75 basis point hike. In March, the Fed raised its federal funds benchmark rate by 25 basis points to a range of 0.25 percent to 0.50 percent. It was the first time since 2018 that the Fed had increased rates. As inflation grew, the Fed raised the rates by 75 basis points each in June, July, September and November. With the November increase, the Fed’s benchmark rate is in the range of 3.75 percent to 4 percent. Inflation is cooling a bit with the latest Commercial Property Index up 7.7 percent year-over-year in October. The Fed’s goal is to get inflation to the 2 percent range, which is expected to take at least 12 to 18 months.

Chandan said his current outlook has a peak Fed funds target of 5 to 5.25 percent but expects rates to decline once inflationary pressures begin to subside.