Finance Column: Are We in a Bubble?

By Jay Maddox, Principal, Avison Young: While most CRE forecasts for 2016 show strong market fundamentals, lenders and investors should be cautious. 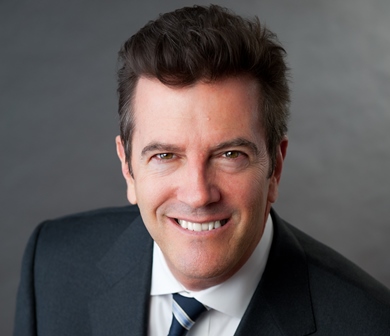 Most commercial real estate industry forecasts for 2016 are painting a fairly rosy picture of strong fundamentals, continued value appreciation, abundant capital and ample transaction activity, especially in gateway markets. Valuations have boomed to record highs and now exceed 2007 levels in many markets, particularly those with Class A properties. Everyone wonders how long this can last.

Despite this run-up in values, capital formation for investment in commercial real estate remains abundant. According to CoStar, U.S. private real estate funds have more than $250 billion to invest, after a record fundraising year in 2015, with value-added and opportunistic funds accounting for about one-third of the total. While real estate private equity fundraising will likely continue at a robust pace in 2016, the big challenge for these funds is finding compelling investment opportunities at attractive valuations that justify risking their capital. This becomes increasingly difficult as the market is progressively flooded with capital from foreign investors (notably the Chinese, but also the Canadians and European investors), with foreign investment now exceeding 2007 levels and at a record high. Additionally, recently enacted changes to tax rules will likely increase demand from offshore investors.

Financial bubbles have preceded the three most recent recessions, and even Fed officials have raised concerns about the run-up in commercial real estate. The Fed’s low interest policies contributed to the rise in valuations, driving investors to commercial real estate in their search for yield.

Any asset bubble is especially worrisome if the boom has been triggered by heavy borrowing. Fed data indicates that bank commercial real estate portfolios were up 10 percent in 2015, to a record total of $1.76 trillion, as compared to an increase of 14 percent in values. REITs and private equity funds have also entered the market. Despite this, most lenders are so far exercising more discipline than before the crash, and the good news is that, overall, U.S. financial sector debt has actually fallen significantly since 2008, providing some comfort that a 2008-like financial collapse is unlikely.

Given the pressures created by the huge amount of capital chasing real estate and already high valuations in many markets, it is likely that many investors will overpay. Investors will inevitably have to adjust their return expectations if they want to put their capital to work, and in fact this is already happening. A collapse like the one in 2007, which was triggered by overuse of leverage, seems unlikely; however, at some point the music will stop and we could see a lot of equity wiped out. This might start to occur sooner rather than later if the current stock-market sell-off translates to a broader economic recession that adversely impacts underlying fundamentals, but that won’t happen overnight. Even so, it is very wise for both lenders and investors to be selective and disciplined, as there is probably more downside than upside at current valuations.