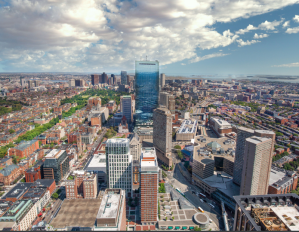 As hybrid work policies continue to gain popularity among office workers, many major companies’ return-to-office plans are met with pushback, and stagnant office occupancy rates are reflecting this reality. This, combined with rising rates and inflation—which reached levels not seen in 40 years—is further contributing to the office sector’s instability in the short and long term, the latest CommercialEdge office report suggests.

National average full-service equivalent listing rates averaged $37.56 per square foot at the end of May, down 210 basis points year-over-year but 19 cents more than in April. The national office vacancy rate clocked in at 15.4 percent in May, unchanged from the year prior but 30 basis points down from the previous month.

Most markets saw a drop in vacancy throughout the past year, predominantly life sciences hubs, such as Boston (210 basis points decrease year-over-year) and New Jersey (-120 bps) and Sun Belt markets benefiting from pandemic-fueled population growth, including Phoenix (-310 bps) and Miami (-280 bps). Meanwhile, gateway markets including San Francisco and Manhattan had the highest year-over-year increase in office vacancy, at 330 basis points each.