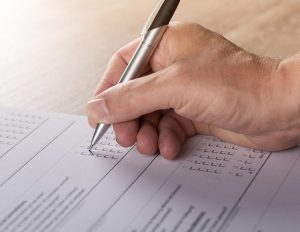 Image by andibreit via Pixabay

A survey conducted by CoreNet Global from June to September 2022 has found a strong link between the high rate of inflation, recession fears and a number of corporate real estate decisions. The survey received 175 responses from all regions of the world.

While nearly 60 percent of the survey’s respondents say that their companies are growing, three quarters expect the U.S. economy to enter a recession before the end of 2023, and 72 percent said that they see a global recession happening at about the same time.

As a result of this, 62 percent of respondents said that the current rate of inflation is causing them to reevaluate several long-term real estate decisions. Responses included the following:

Generally, the consensus appears to be that the nation is in fact headed for a downturn, even as facets of the economy such as job growth appears to be faring favorably in the near-term. Moreover, most foreign investors see the U.S. commercial real estate market as a safe investment, rising to $72.6 billion over the course of 2021. Despite a cooldown in the first quarter of 2022, many in the Canadian, German, Swiss and Australian markets see the country’s population growth, diversity and workforce demographics as a haven for investment, even in the face of a recession.

Office leasing and rent activity also remain relatively calm and are even growing in some regions, albeit unevenly, particularly in light of the inflation rate and pandemic-related concerns. Avison Young Chief Economist Nick Axford detailed this trend further, explaining to Commercial Property Executive, “We expect demand and rents to hold up well for well-located, good quality space with great environmental credentials in amenity-rich locations that will support company desires to encourage employees back to the office.”

However, Axford added, secondary space in secondary locations will see lower demand as companies dispose of surplus space they feel don’t meets their needs given more hybrid working, and here rents will see a greater degree of softening. “Our data already shows Class A properties accounting for a historically disproportionately high share of leasing activity,” he concluded.

Bradley Tisdahl, CEO of Tenant Risk Assessment, offered a similar take, telling Commercial Property Executive, “Recession/inflation could be bargaining chips for many office users in negotiations against landlords, but it’s not likely to be a real factor in most decision making except for companies that are highly exposed to inflation or recessions that would cause them to hold off or consider permanently reducing in-office headcount. Office rents, particularly in Class A space, have remained robust, and in some cases, are rising. They don’t move in step with inflation. If anything, there would be a lag in the effect on rent, and we aren’t seeing it yet. The story does not appear to be fully written and we will likely see long term, slower changes in dynamics to leasing behavior.

EverWest Real Estate Investors Senior Vice President of Portfolio Management John Maurer advises a cautious approach, telling Commercial Property Executive, “As the Fed continues to raise interest rates and the pricing of debt has increased, we have become increasingly selective on new real estate investments. We continue to focus on the best markets and submarkets of the country as it relates to industrial and multifamily, as acquisition yields have improved due to higher debt costs. With respect to other sectors, such as retail and office investments, we are generally “pencils” down due to the weak near-term fundamentals.”

As for EverWest’s plans themselves, Maurer continued, “our space plans remain unchanged in the near term, but we certainly have seen a pull back by others with respect to office space demand and the need for more flexibility as to lease term.”

Lincoln Property Company Senior Executive Vice President Dave Krumwiede described the situation as more of an all-in attitude, with firms “doing just about anything they can to get their employees back to the office,” by way of incentives, with one strategy being to “lease AA space within projects that have a ton of amenities.”

Nonetheless, such a trend has created an acceleration in multi-tenant leasing activity, which is leading to higher rents due to increased development costs, Krumwiede concluded.