A Hollywood EPIC Puts the Spotlight on Solar 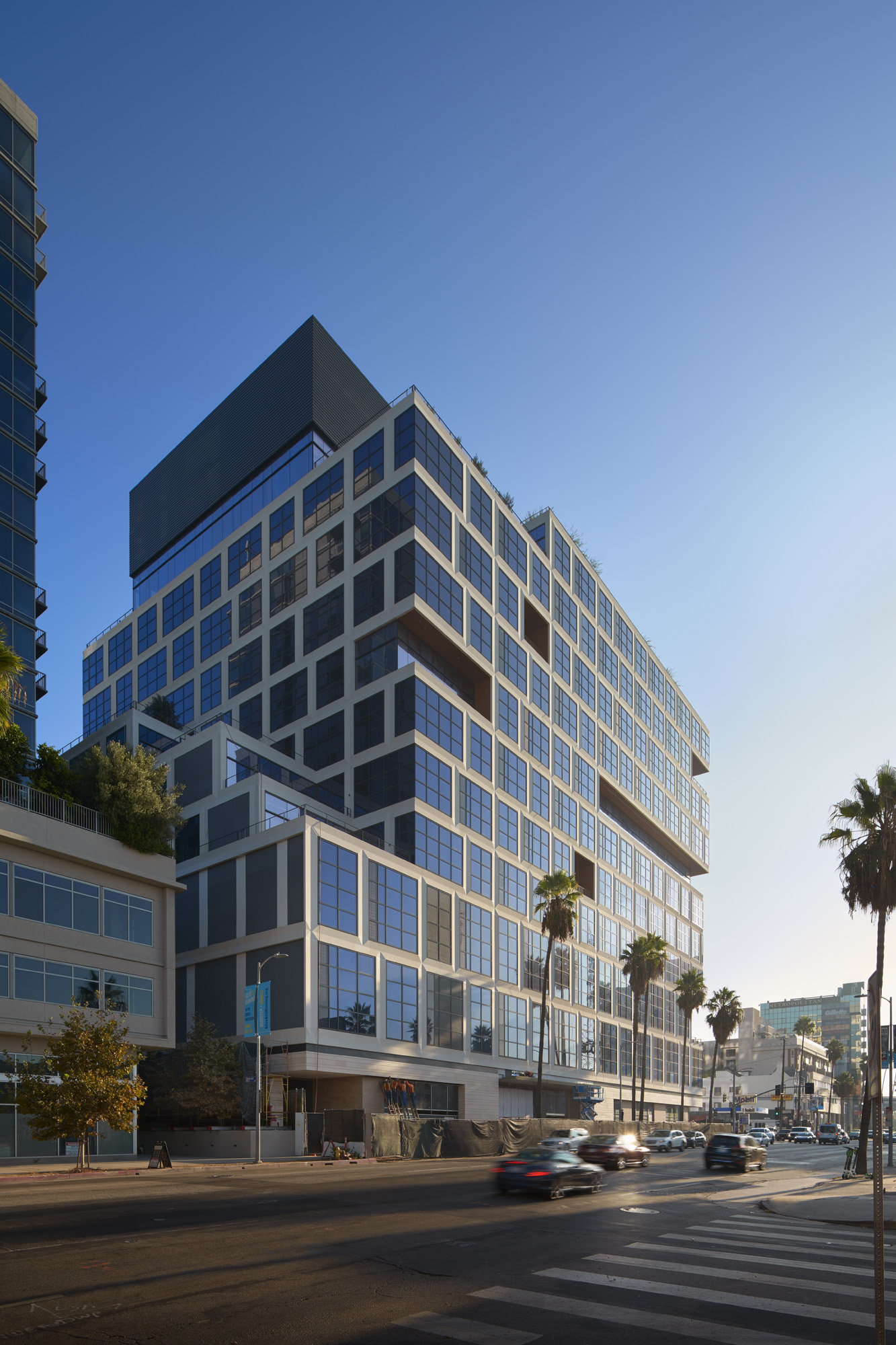 The exterior of the EPIC building designed by Gensler features a pattern created by the alternating placement of photovoltaic panels and windows. Image courtesy Hudson Pacific Properties

Much has been written about Netflix’s corporate culture, which encourages autonomy and rule-breaking over process in the name of innovation. The global streaming giant approaches its real estate and workplace decisions with the same pioneering spirit.

In fall 2018, Netflix signed a 10-year lease to fully occupy EPIC, an edgy 13-story, 327,913-square-foot office building developed by Hudson Pacific Properties in Hollywood, Calif. The space was delivered in the first quarter of 2020.

Designed by Gensler to LEED Gold specifications, EPIC is the first commercial building in Los Angeles to use building-integrated photovoltaics.

Solar power in urban areas is usually accessed via the roof of a building, the parking structure or a carport. But the latest technology in solar energy renewables now integrates the panels into the building’s envelope. “It is very similar to a rooftop solar array; however, it is integrated into the façade of the building rather than being on the roof,” according to Natalie Teear, vice president of sustainability and social impact at Hudson Pacific Properties.

Hudson Pacific owns more than 3 million square feet of office and studio properties in Hollywood. Netflix has also signed lease extensions at two other Hudson Pacific office properties: ICON, for 325,757 square feet, as well as at CUE, where Netflix renewed a 91,953-square-foot lease. Both properties are located across the street from EPIC at the landmark Sunset Bronson Studios lot.

EPIC will also provide Netflix employees with access to electric car charging stations, bike storage, showers and lockers. The building incorporates features such as solar-paneled windows and dedicated VIP rideshare, and it is designed to accommodate next-generation office needs such as autonomous vehicle drop-off and drone deliveries.

“We consider ourselves a tech-forward developer and Gensler considers themselves a tech-forward architect,” Teear told CPE. “We had been monitoring this BIPV space and were aware of the technology. BIPV is really exciting because in dense urban environments, rooftop space is limited. There’s no way you can power a tall building with rooftop solar alone.”

EPIC’s rooftop was needed for mechanical equipment, so Hudson Pacific installed the panels on the building’s façade, generating electricity from its vertical exterior to offset energy consumption. 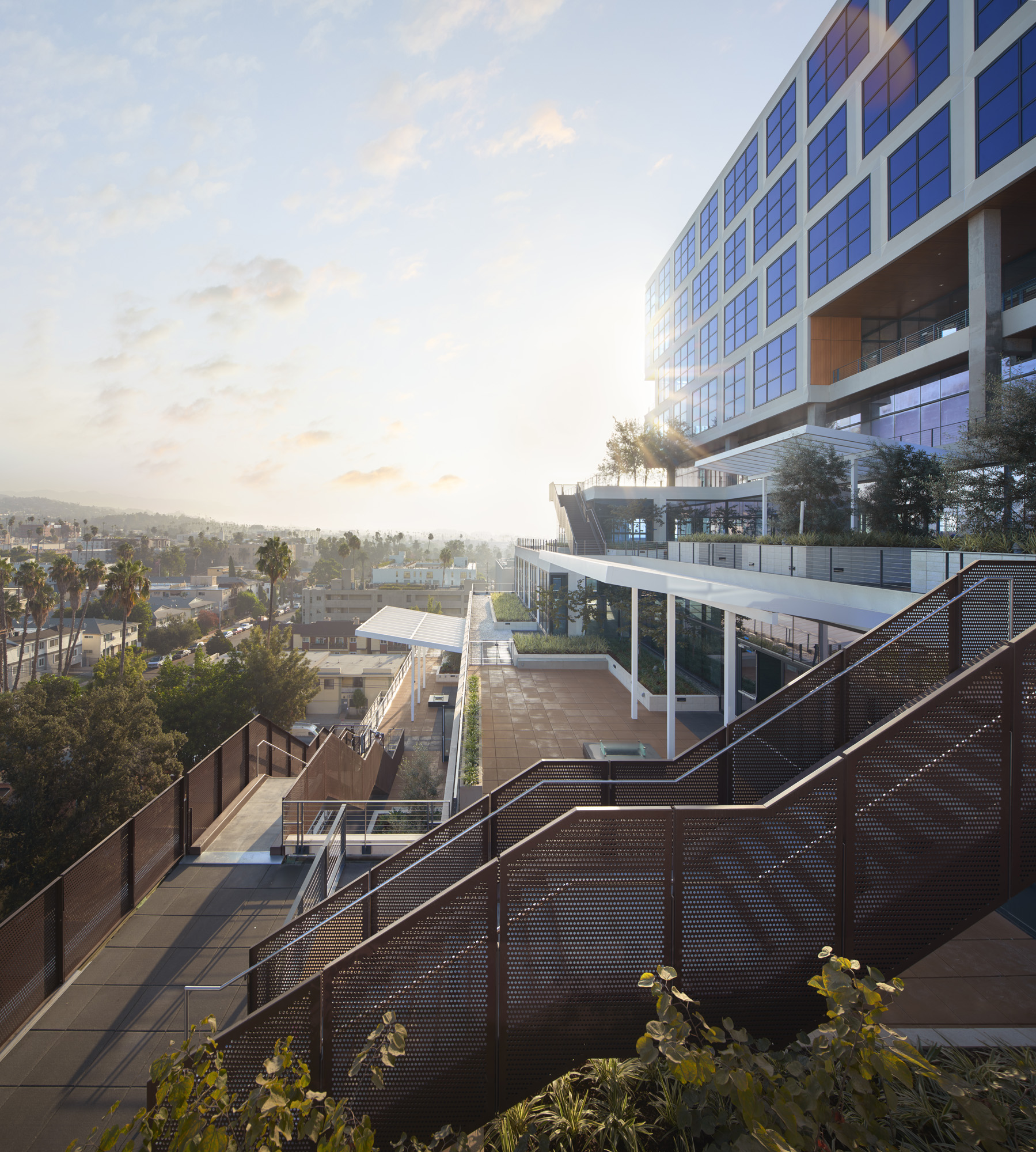 Working closely with Gensler, Hudson Pacific educated city planners about BIPV technology and its sustainability benefits throughout the design process. Once planning and educational initiatives were underway, the team procured manufacturer Walters and Wolf to provide the window system as one complete package, which greatly streamlined the construction process.

“If you look at the exterior of the building, you can see there is an alternating pattern of panels and windows,” Teear noted. Hudson Pacific installed a total of 310 solar panels on the east and west sides, since those areas have the greatest exposure to sunlight. According to Teear, the panels alone will supply 1.5 percent of the power for the building.

READ ALSO: Getting to Zero: Carbon-Cutting Strategies at Greenbuild

Teear noted that all Hudson Pacific properties are net zero carbon in their operations. “We use 100 percent renewable electricity from a combination of onsite—like the solar panels—and offsite renewables that are either procured through our local utilities and/or through agreement for renewable energy credits with a wind farm in Texas,” she said.

While working on EPIC, the Hudson Pacific Properties team was excited about the opportunity to deliver a first in Los Angeles. “We thought that if we could do this in our property, it would help scale the technology and make it easier for others to do it,” Teear explained. “We were the first to get this approved by the city. By going through the planning department and moving through that process, we think it’s made it easier for others to follow in our footsteps.”