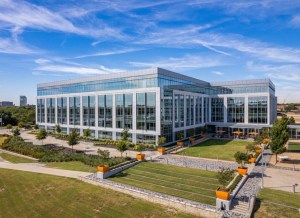 Zeller has purchased 3400 at CityLine, the first speculative office structure built at the $2 billion CityLine mixed-use development just outside Dallas in Richardson, Texas, with the assistance of financing from Rubenstein Mortgage Capital. RMC provided $62 million to an affiliate of the Chicago-based commercial real estate investment firm, known as Zeller Realty Group until a recent rebranding, for the acquisition of the approximately 312,000-square-foot, Class A property.

READ ALSO: Carried Interest Is Still Here. What You Should Know About It

3400 CityLine first opened its doors in 2018, a development project of a joint venture between Transwestern and a fund advised by UBS Asset Management, along with strategic partner Malouf Interests. The five-story building carries the address of 3400 N. Central Expressway and occupies roughly 6.6 acres just off Highway 75. The property, which also features an attached 1,400-space parking facility, is presently 83 percent leased.

RMC came through for Zeller with financing in the form of a first mortgage loan for the purchase of 3400 at CityLine, providing an initial $57 million at the closing of the transaction and the remaining $5 million to be directed toward future leasing costs.

What a lender wants

Amid a precarious economic climate and a national office sector that has yet to regain its pre-pandemic footing, RMC notes that it was attracted to 3400 at CityLine’s superb location and highly desirable amenities. As noted in statistics from a Cushman & Wakefield report, the Richardson/Plano area, with a vacancy rate of 17.9 percent, was among the top three submarkets that recorded the lowest vacancy rate in the second quarter of 2022; the average overall vacancy rate in Dallas/Fort Worth was 21.1 percent.

In addition to an ability to remain at the forefront of leasing activity, Richardson has a few other characteristics that bode well for the office sector over the long term. “The [Richardson] submarket provides a highly talented labor force to draw from, with 58 percent of the population holding a bachelor’s degree or higher,” according to a second quarter 2022 report by Bradford Cos. “The submarket also benefits from DART access: four DART rail stations are located here, more than any other suburban office submarket in the metroplex.”

And then there’s CityLine itself; the massive, mixed-use destination has lured build-to-suit office projects from the likes of State Farm and Raytheon, which set up shop in corporate office facilities at CityLine totaling 2 million square feet and 500,000 square feet, respectively. And along with the new office space at CityLine, new luxury multi-family developments and retail offerings have popped up to complete the live-work-play environment.

3400 at CityLine also has the amenities that office users continue to seek in an effort to attract and retain talent. Designed by architecture firm BOKA Powell, the LEED Gold-certified building benefits on a visual and energy-efficiency level from high-performance floor-to-ceiling windows and offers a long roster of desirable features including a tenant lounge, desk lounge and coffee bar, a state-of-the-art fitness facility and country club-style locker rooms. The striking low-rise tower also provides direct trail access to the Spring Creek Nature Preserve and the North Dallas trial network.