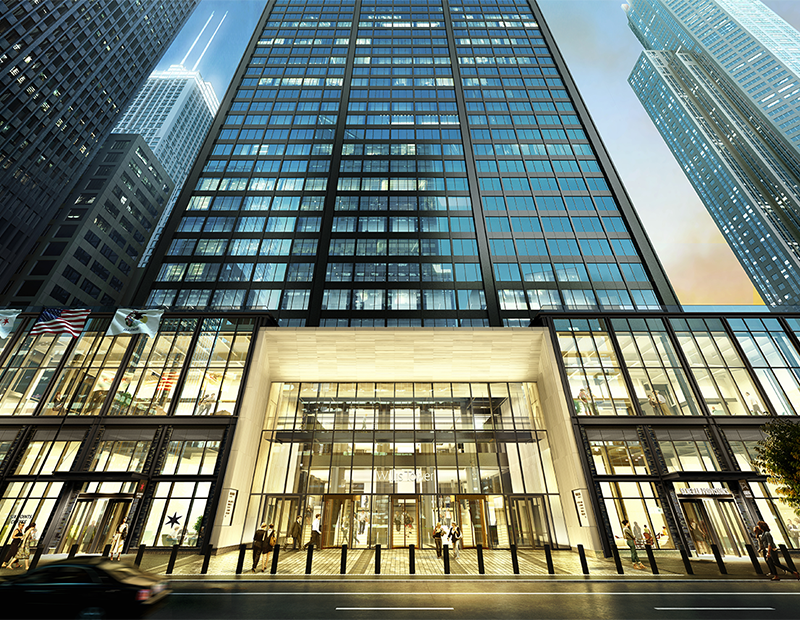 EQ Office’s Willis Tower in Chicago has received the LEED Gold certification from the U.S. Green Building Council with a score of 60 points. The iconic property at 233 S. Wacker Drive is undergoing the largest restorative transformation in its 43-year history, estimated to cost more than $500 million.

The revamp of the 110-story former Sears Tower will add 300,000 square feet of new retail, dining and entertainment space, including Catalog, a five-story neighborhood experience, as well as 125,000 square feet of tenant exclusive amenities and a 30,000-square-foot outdoor deck and garden.

“Willis Tower is a major destination in the heart of Chicago, and for more than 15,000 people, it’s also their workplace,” David Moore, senior vice president & portfolio director of EQ Office, said in a prepared statement. “As we redevelop this iconic tower, we’re making a conscious effort to find ways to improve energy efficiency and reduce our environmental footprint.”

The current renovation includes improvements designed to reduce the building’s environmental footprint, including:

Wisconsin-based Rivion, an energy consulting firm, took part in the planning and implementation of these energy-saving initiatives. “Willis Tower has long been one of the most iconic skyscrapers of the Chicago skyline, so it is fitting for it to be a sustainability leader as well by achieving LEED Gold,” added Mahesh Ramanujam, president & CEO of USGBC.