Why Green Shoots Are Evident Across the REIT Sector

Sheheryar Hafeez of JLL Capital Markets on why REITs are well positioned for the coming year. 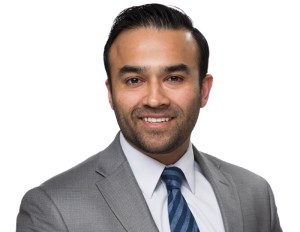 Despite the near-term economic volatility and choppy capital markets environment, longer-term fundamentals for REITs are holding up well.  They continue to post strong earnings performance, with approximately 70 percent beating analyst estimates, furthering the growing trend that began in first quarter 2020.  In fact, expectations are that in 2023 REITs will post positive net operating income growth and stable occupancy in the mid- to high-90s across all major commercial real estate sectors.

During this past year, the Federal Reserve took an aggressive approach to combat a 40-year high rate of inflation. Incremental interest rate increases of 50 and 75 basis points throughout 2022 caused investment-grade bonds to sell off to the point where yields are higher than implied public REIT cap rates today, a phenomenon not seen in recent history.

With yields across debt of varying tenor up on average more than 200 to 300 basis points, deal making has become increasingly challenging. REITs are trading at substantial discounts to their five-year average net asset values (NAV) and are down approximately 22 percent year-to-date, opening the door for evaluation of buyback activity.

Share buybacks become a popular tool to affirm REIT management’s positive outlook during outsized market selloffs. Share buybacks on the surface have been successful. Since 2018, 135 REITs have bought back more than $18 billion of their own stock, generating positive shareholder returns in each period following the buyback activity. Across every period analyzed, however, REITs that bought back shares, on average, underperformed those REITs that didn’t, calling into question the timing of share buybacks and whether buybacks are the best use of REIT capital.

Despite challenging debt markets, however, REITs are relatively well placed, given limited maturities over the next two years across most subsectors. Further, REITs have sufficient dry powder (equity capital) to withstand choppy waters in the near term, limited near term maturities, and interest coverage ratio over 6x. JLL research shows closed-end real estate funds targeting commercial real estate across North America have amassed more than $257 billion in dry powder, and there will eventually be pressure to deploy these funds once market conditions calm and debt markets stabilize, thus providing a catalyst for deal making activity.

While take-private activity may be relatively muted for the foreseeable future, the prospects of strategic merger transactions appear high. As markets begin to settle down over 2023, the increased intra-sector valuation spread among REITs may make M&A an accretive proposition.

Why Bigger Is Better?

The trend towards “bigger is better” has been a consistent theme over the last few years. Markets have generally ascribed a premium valuation to larger REITs, which have also outperformed smaller peers recently. In addition, analysis of recently closed mergers points to outperformance of the surviving, larger REIT compared to the sector peers. All these factors should play into the equation of REIT management and board in pursuing merger transactions that enhance shareholder value.

Debt capital remains difficult with rates at seven percent (+/-) commonplace in some situations. REIT bond yields have hovered around 5.5 percent in recent months while recently maturing debt has an average yield of 3 percent. While there is some disagreement on whether the era of “cheap debt” is over or if this is just a temporary pause, most agree that for “take-private” activity to gain momentum, capital markets must stabilize.

Debt volume for the first three quarters of 2022 totaled $494 billion, a 17 percent year-over-year increase.  After hitting record prices that may have seemed unsustainable for the long-term, the widespread repricing of transactions has brought “going-in” yields back to late 2019 “pre-COVID” levels for the most part. Current going-in yields for core or core-plus projects range between 4 percent for multi-housing and up to almost 7 percent for office. In addition, a meaningful bid-ask gap has developed between buyers and sellers. Unlike the REIT unsecured bond markets, the private debt markets continue to be open, albeit muted.

While many debt funds continue to lend, pricing, refinancing risk, and exposure all have contributed to increased scrutiny compared to earlier this year (pre-March 2022) and recently, there have been many new liquidity sources hoping to arrange and enter the market.

The rising interest rate environment and increased construction cost due to supply chain issues has had an almost immediate effect on construction activity. That tailwind tips the demand and supply balance in favor of the existing operators that have had to compete with newer assets, especially in certain asset classes like industrial, multifamily and self storage.

REITs in the New Year

Fundamentals are expected to be relatively favorable as evidenced by expectations that net operating income growth of REITs across all major asset classes is expected to be positive in the next 12 months.

Private capital activity will likely be relatively muted in the near-term, given uncertainty between public and private market decisions. But the situation is becoming favorable given recent encouraging inflation print and resulting in decline in yields of 30 to 50 basis points over the last 30 days.

Historically, the markets have endured fast-rising interest rates followed by a relatively brief plateau and finally a quick decline.  If this trend holds true, the outlook for rates in 2024 and beyond may be encouraging.