Avison Young's Jonathan Hipp on how zero cash-flow deals can assist investors if they are faced with giving the keys back to the lender. 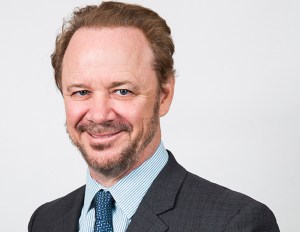 In our November column, we discussed the benefits of zero cash-flow deals, especially as they apply to single-tenant, net-leased properties and 1031 exchanges. Given the current economic uncertainty, it is necessary to revisit that overview and drill down into specifics that can help investors protect themselves as the tide turns.

We must stress upfront that we are not sounding alarms or preaching economic doom and gloom. We do not—at this point— see a return to the doldrums of 2009. Rather, we are advocating for preparedness as part of any investor’s strategic plan, come what may.

That said, our primary focus here is on office buildings, a sector that obviously still reels from the upheavals wrought by the pandemic, and now faces the impact of a potential downturn. Indeed, office foreclosures have been creeping up, by some counts as much as 104 percent since the end of 2021.

As many investors will discover, giving the keys back does not equate to being able to just walk away. The tax man will come knocking right after the lender. There is a deemed sale that occurs when you are relieved of the debt and give the property to the lender. It’s essentially selling the property at whatever balance was on the loan. If you’ve owned the property a long time, you likely have a low basis and, hence, large gain.

This is especially significant for private owners where a property may have been in their possession for years (or even decades) and refinanced multiple times. By performing a 1031 exchange with a ZCF deal, you could defer the gain you’ve incurred and likely do so with less cash than paying the tax bill.

As a hypothetical example, let’s say you’ve owned a building or had it in your family for 40 years. The building in now fully depreciated. Your basis in the property is going to be just what was attributed to the land way back when you bought the property. For the sake of argument, let’s say the land was allocated at $100,000 40 years ago. Hence, you have a $100,000 tax basis (you can’t depreciate land). We’ll assume every five years you refinanced the property with a new 75 percent LTV loan and pulled out any equity that accrued during that time. This is a pretty common fact pattern.

If we say that the last loan you took out before things went off the rails was for $5 million, and you hand back the keys, you’re staring at a $4.9 million gain ($5 million minus $100,000), and no cash at “closing” with which to pay the tax after the loan is forgiven and you give back the property.

The tax bill on this is going to be over $1 million once you account for recapture and capital gains taxes. If you have $1 million laying around, you can pay the tax. Alternatively, you can do a 1031 exchange and defer this gain.

That’s great, but that takes money, too. ZCFs might be a good solution because, if you only need equity of say 20 percent over the debt balance on the ZCF to buy one, that would mean you could do it with only $833,000 ($5 million minus ($5 million/1.2)). You still need some money to do it, but at least you aren’t setting it on fire by sending it to the IRS. You live to fight another day. Put another way, it could be your least worst option.

It goes without saying you can just add zeros to the above example because there are zeros of every size that exist to accommodate almost any situation.

ZCFs are certainly not the answer to all of your investment/debt worries. But they can, we believe, minimize them. As we discussed previously, investors need to do their due diligence to ensure that ZCFs are right for them–and for their particular situation.