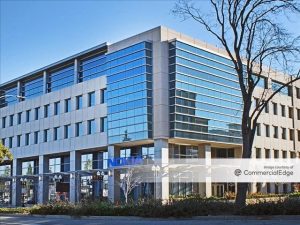 Drawbridge Realty has acquired 200 S. Mathilda Ave., a 157,000-square-foot office building in Sunnyvale, Calif., for $193.3 million, according to The Mercury News. JPMorgan Chase sold the asset after seven years of ownership, with Eastdil Secured acting on behalf of the seller, according to The Registry. CommercialEdge data shows that the company paid some $135 million for the building back in 2015.

Completed in 2010, 200 S. Mathilda Ave. is a Class A, five-story office building fully occupied by Uber. The property has a glass and masonry exterior, floorplates between 27,736 and 36,356 square feet, three passenger elevators and 628 parking spots.

Situated on a 1.5-acre lot in the city’ s Heritage District, 200 S. Mathilda Ave. is across the Caltrain station on West Evelyn Avenue, 3.4 miles from downtown Mountain View and 11.3 miles from downtown San Jose. The LEED Silver certified asset is close to multiple retail options such as Sunnyvale Square Shopping Center or Allario Shopping Center.

Earlier in November, another major office sale closed in Sunnyvale: Harvest Properties and Invesco Advisors sold a 194,624-square-foot Class A office property, for $222 million. Occupied by LinkedIn, the building is part of Catalyst, a 540,000-square-foot office campus that spans across a 14.4-acre lot.

According to recent CommercialEdge data, the Bay Area was one of the top markets for office transactions in the first half of 2022. With a sales volume of $2.4 billion, the market was second only to Los Angeles.