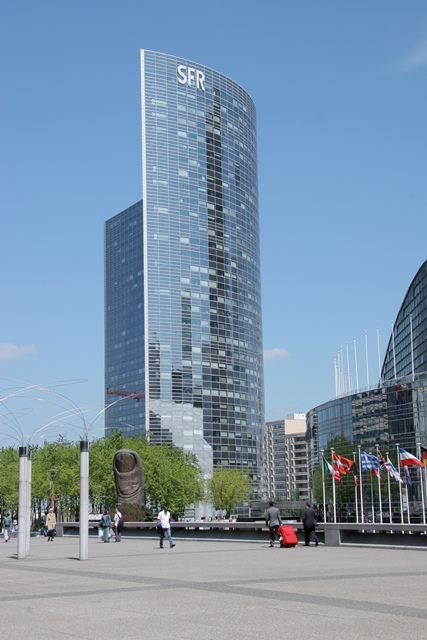 Two French government agencies have signed a lease with Tishman Speyer for the entire 575,000-square-foot (53,000-square-meter), 36-story Tour Esplanade office high-rise in the La Defense district just west of Paris, Tishman announced Monday. Financial aspects of the deal were not disclosed, but Commercial Property Executive did learn that the lease is for a 12-year term.

The transaction will trade one single, very large tenant for another; the building is now fully occupied by SFR, France’s second-largest telecom service provider and a part of the Vivendi conglomerate.

The two ministries will move in by mid-2014, after SFR vacates and Tishman Speyer renovates and customizes the building. Under the lease agreement, the French government will have a purchase option.

According to a Tishman Speyer spokesperson, Tour Esplanade’s previous owner was a group of global investors led by SITQ, which in 2011 merged with Ivanhoé Cambridge. The building was built in 1990 and refurbished in the 2004–06 timeframe, and Tishman bought it in 2006.

Tour Esplanade is sited near the center of La Defense, between the CNIT exhibition center and the Grande Arche, near the main pedestrian avenue. Its amenities include conference facilities, a 150-seat auditorium, a 670-seat restaurant, a sport center and 251 private parking spaces, and in 2011 it was awarded one of France’s highest HQE (green building) ratings.