Township, a recently completed 132-unit luxury apartment complex in downtown Redwood City, Calif., has been sold to TIAA-CREF for $83 million. 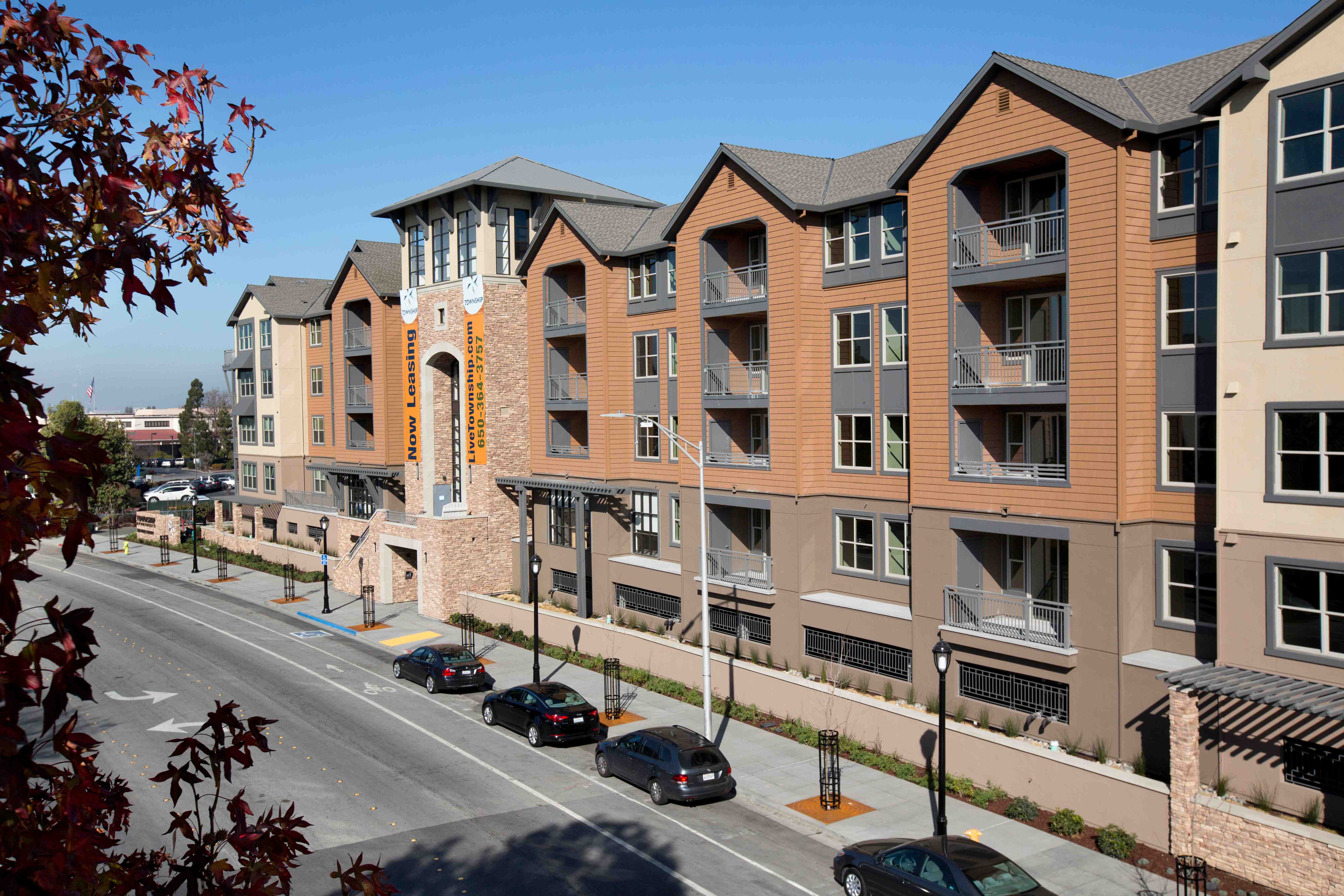 The seller was a joint venture between Sares Regis Group of Northern California and institutional investors advised by J.P. Morgan Asset Management; this JV was also the property’s developer.

Redwood City is halfway between San Francisco and San Jose. Township itself is at 333 Main St., four blocks from downtown, one-half mile from access to U.S. Route 101 and about three-quarters of a mile from the Redwood City Caltrain station.

Completed earlier this year, the four-story complex features a mix of one-, two- and three-bedroom units averaging 914 square feet. Amenities include a fitness center with  Cardio-Theater, a heated whirlpool spa, a lounge with a fully equipped kitchen and a resident business center, an outdoor kitchen barbecue and dining area, and a courtyard lounge area with TV and Zen fountain.

The architect was Christiani Johnson Architects, of San Francisco.

“Apartment operations remain very healthy in Redwood City and throughout San Mateo County,” Jones said in a release. “Since reaching a cyclical peak in 2009, vacancy has declined at a healthy clip, decreasing 160 basis points. Redwood City currently demonstrates tremendous market fundamentals with approximately 9 percent year-over-year market rent growth and an average occupancy of 96.1 percent reported as of the fourth quarter of 2013.”

At this point in the project’s initial post-construction lease-up, it’s more than 75 percent leased, according to Philip Saglimbeni.

IPA is a brokerage division of Marcus & Millichap that works with institutional and major private investors.