The Transformation of the DFW Suburbs

Walkable mixed-use projects are springing up in the Dallas-Fort Worth suburbs, which are also dominating the metro’s office pipeline. Eric Stanley of Bright Realty sheds light on the trend, as well as on the strategy behind the company’s 324-acre live-work-play community. 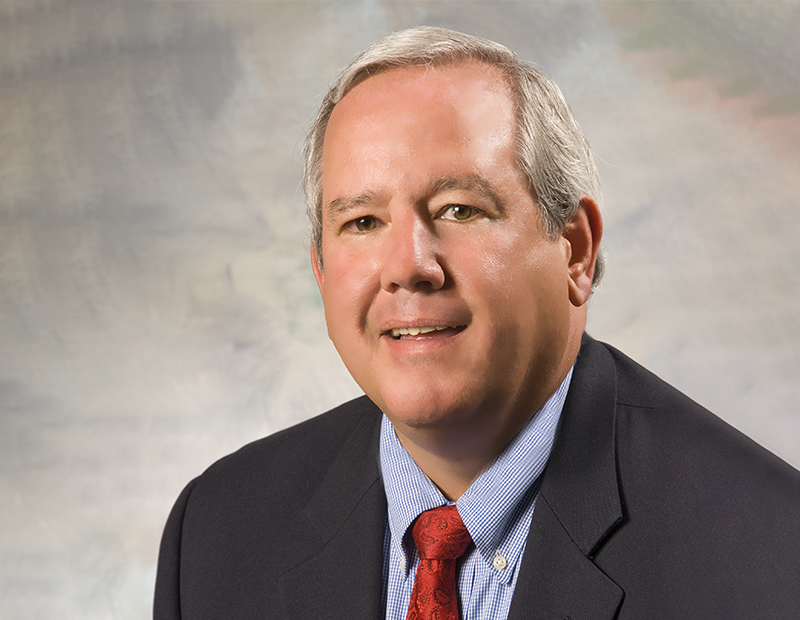 The Dallas-Fort Worth metro’s solid population gains, diversifying economy and lower cost of living have been a magnet for small and large businesses alike, creating an increased demand for walkable mixed-use neighborhoods and communities. However, what’s particular about the nation’s fourth largest metro is its highly suburban growth pattern. As close to 3.9 million square feet of office space out of the total of 4.4 million square feet now under construction is located in the suburbs as of May, Yardi Matrix data shows.

The concentration of mixed-use developments in Dallas’ downtown area created a spillover effect. Now, similar complex projects are springing up in the suburbs as well. One of them is Bright Realty’s The Realm at Castle Hills, a master-planned community in Lewisville, Texas, offering office, retail and luxury living.

The project’s office component will encompass more than 230,000 square feet. Construction on this nine-story asset broke ground in June 2018, with completion scheduled for the last quarter of 2019. Eric Stanley, Bright Realty president & COO, revealed the story behind the 324-acre project and the way it falls into the live-work-play setting.

The Realm at Castle Hills is one of your largest up-and-coming projects. What can you tell us about it?

Stanley: Adding to the success of the larger master-planned community of Castle Hills, The Realm at Castle Hills will be a new 324-acre mixed-use development consisting of office, retail and multifamily components. The Realm is a community that allows individuals to live, play, eat, shop and work in one location. The guiding principles are based upon creating an environment that encourages community and invites human interaction within its confines.

The project at completion will consist of 1.5 million square feet of office and retail space and more than 5,000 multifamily units. 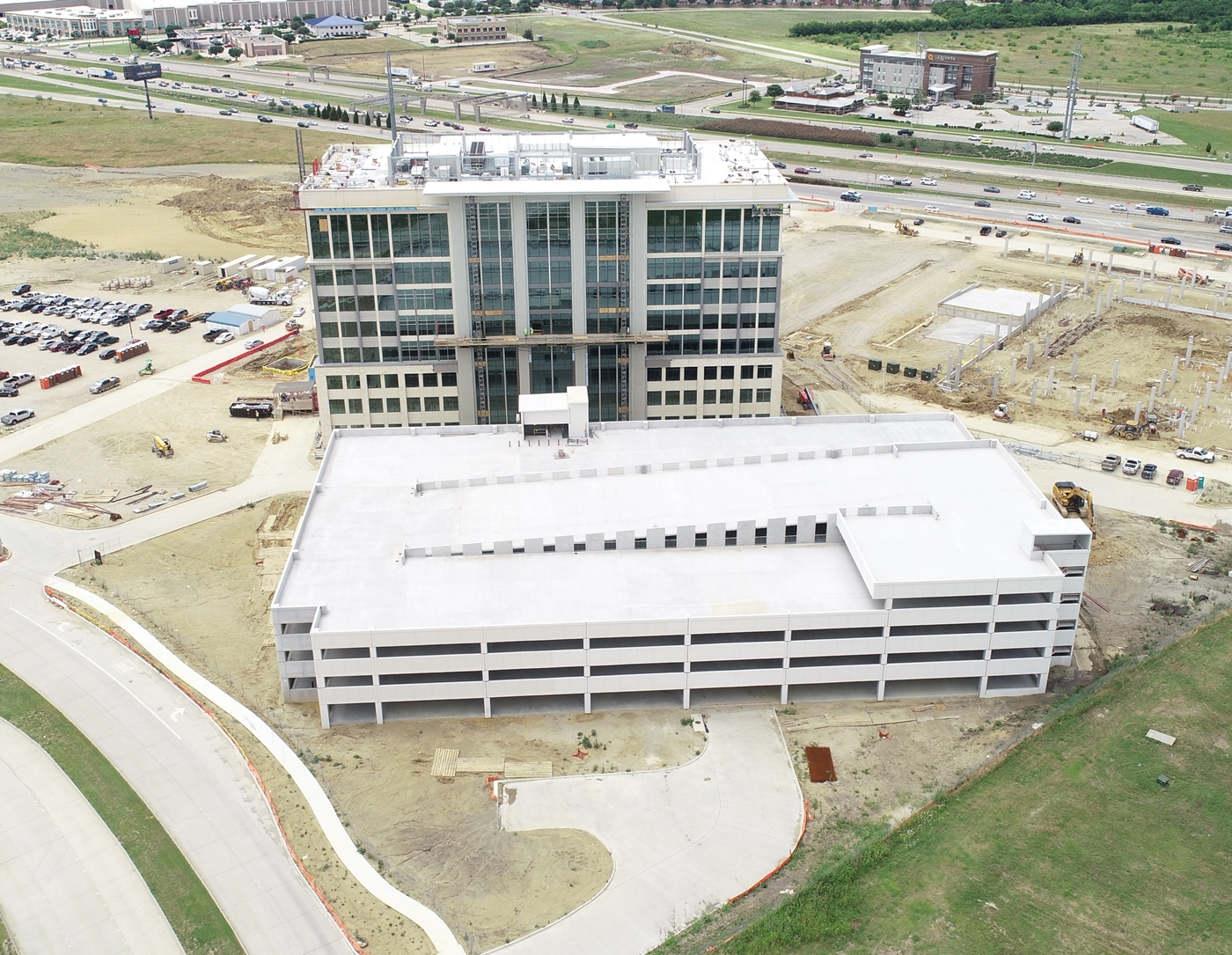 The Realm at Castle Hills office construction as of June 2019. Image courtesy of Bright Realty

How does this property bring an urban feel to a suburban location?

Stanley: We have found that our office tenants and residents want an urban feel to their working and living spaces but they prefer to be in a suburban location, often because of higher quality schools in the suburbs and access to greater employment opportunities. The Realm will reveal a metropolitan enclave within a small, self-contained town, allowing people to live, work and play within a walkable suburban environment and providing the highest level of amenities.

Our office tenants at The Realm will have the opportunity to unwind and relax over breaks or after work in the restaurants on the building’s first floor. After work, they will be able to use The Realm’s trail system to access one of several luxury multi-family properties, single-family homes, condos or rental cottages.

What is the concept behind your projects?

Stanley: The entire Castle Hills development has been well-planned from the beginning, and every decision made is based on forward thinking about how people are going to both want and need to live in the future. This is what will ultimately make Castle Hills a thriving and sustainable project for years to come.

What are some of the metro’s hottest submarkets in terms of investment?

Stanley: Dallas-Fort Worth has been among the best-performing large metropolitan areas in the nation for job growth for some time and the Upper Tollway submarket of Dallas is one of the fastest growing. This area along State Highway 121 continues to draw major employers like Toyota, FedEx, Liberty Mutual and JPMorgan Chase. 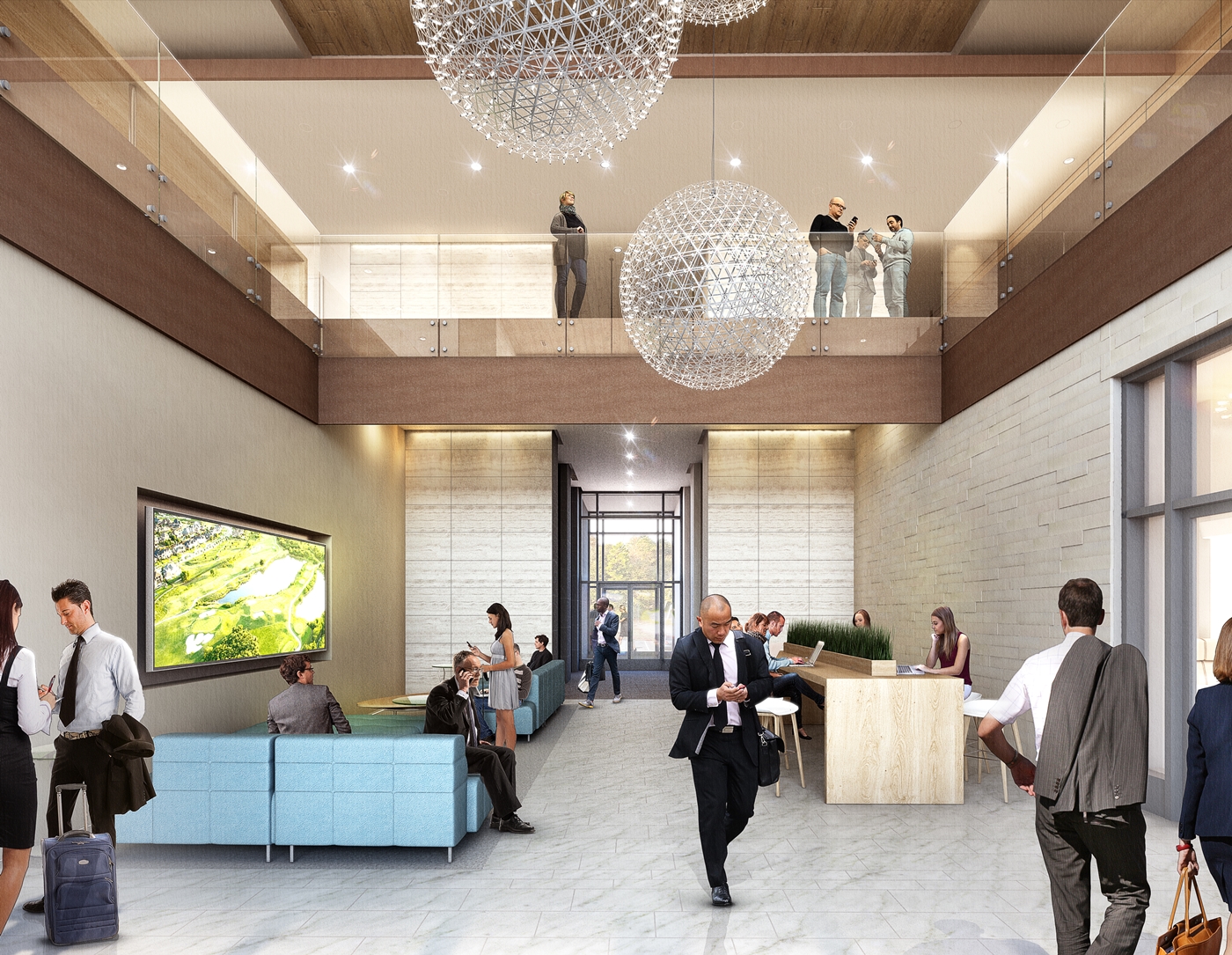 Rendering of the lobby. Image courtesy of Bright Realty

How do you identify the right areas for development?

Stanley: The Castle Hills master-planned community was developed on land that has been in the Bright family for decades⁠—it was originally the family’s farm⁠—and meticulous planning has gone into creating it. The long-term commitment and philosophy of this development circles back to the original goals of the family farm—to build neighborhoods in which people want to live.

What are the top requests coming from office tenants today?

Stanley: Ensuring connectivity for office tenants—both now and in the future—is a challenge for developers in the quickly evolving world of technology and one of the most important features tenants look for in office space. One of the things we are most proud of at Offices at The Realm is our building’s Wired Certification, which champions cutting-edge technology in commercial real estate by providing the only certification for rating the connectivity of commercial buildings.

READ ALSO: CPE Asks … About the Office of the Future

It highlights commercial office buildings that are providing the most advanced and resilient digital infrastructure in the market and provides tenants with transparency, allowing them to objectively benchmark how well-designed and connected different buildings are in the market when identifying new office space. 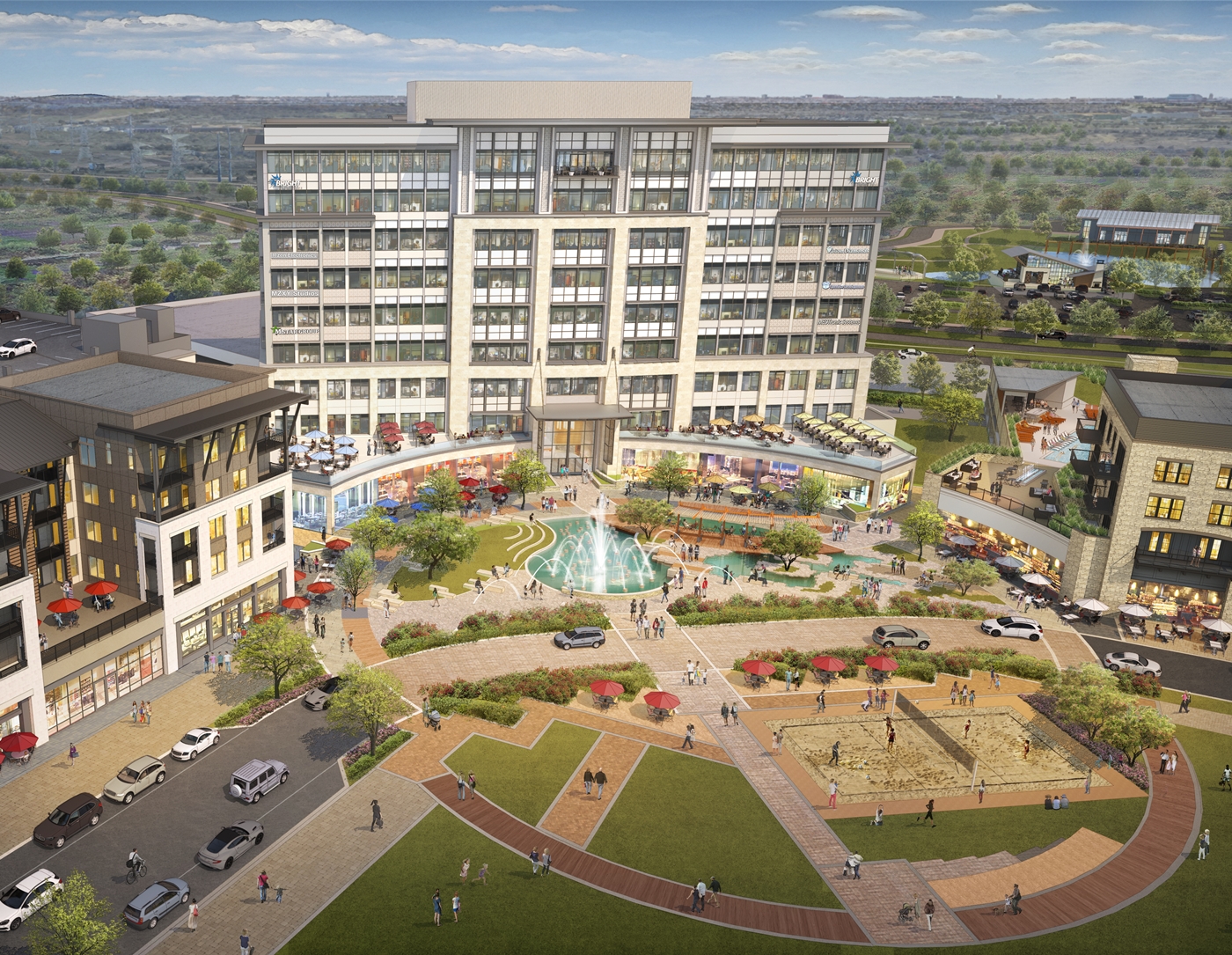 Rendering of The Realm at Castle Hills. Image courtesy of Bright Realty

There’s currently more than 4 million square feet of office space under construction in the metro. How will these developments impact the market in the upcoming quarters?

Stanley: High demand for space comes from employers who want the upgraded technologies and amenities the newest buildings provide. It will put pressure on the owners of older buildings who need to upgrade in order to remain competitive. Also, our location allows people to avoid some of the worst traffic in the metro, while still having easy access to the airport.

How do you think the Dallas office market performed in the last year and how do you see it going forward?

Stanley: Year after year, Texas has added more jobs than any other state, including California, which has 10 million more people than Texas. Almost 400 people a day are moving to North Texas to fill new jobs. About 40 percent of the office buildings under construction in the North Texas area are preleased, so there is definitely room in the local market for more office buildings.