This transaction is the latest in a series of significant investments the EV manufacturer has made in Texas. 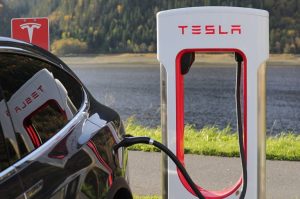 Image by Blomst via pixabay.com

Tesla Motors has signed a full-building lease at Building 9 of the Empire West Business Park, a more than 1 million-square-foot industrial facility at 111 Empire Blvd. in Brookshire, Texas.

According to The Houston Chronicle, the company had been issued a certificate of occupancy for the building in October of 2022, making the signing one of the state’s largest industrial deals of the year in square footage.

The lease, in context

Building 9 of the Empire West Business Park was constructed in 2021, subject to a $56 million loan provided by Square Mile Capital Management, according to CommercialEdge information. Owned and operated by Stream Realty, the building spans 57 acres, and features mechanical loading doors with 40-foot clear heights in addition to 300 trailer parking spaces, the same source shows. 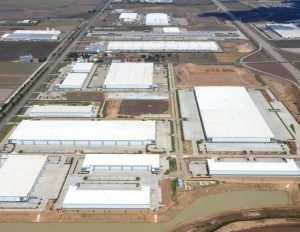 In its entirety, the Empire West Business Park includes more than 3.2 million square feet of space, built in three phases over 300 acres. Stream had delivered the six-building, 2.3 million square-foot second phase, of which Tesla’s new space is part of, in August 2022. The park is situated between U.S. Route 90 and the Katy Tollway, 35 miles from downtown Houston. The city is the site of several Tesla showrooms. In the nearby town of Angleton, the company is planning the construction of a Megapack energy storage depot.

Tesla’s plans for the facility are unknown, but the company’s preliminary job listings for the area are primarily related to manufacturing, warehousing, logistics and production control for cell battery materials, suggesting that it may be used for fabricating or storing the power sources for the company’s vehicles.

Tesla’s lease at Empire West Business Park takes place as the company bases many of its central business and manufacturing operations to the Lone Star State. Following its headquarters move to Austin in October of 2021, the automotive giant has invested in and expanded a number of leases and construction projects, including the addition of another building to its 4.3 million-square-foot Giga Texas facility in Austin, where the company’s most popular car is made. Additionally, it has applied for tax incentives for the construction of a $375 million lithium refining plant outside of Corpus Christi, Texas.