Only one of the first 12 assets slated for disposition has changed hands, reports columnist Lew Sichelman. 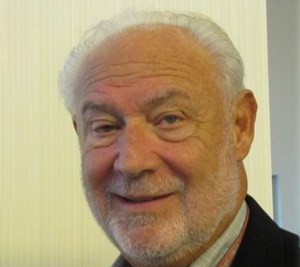 Developers hoping to get their hands on valuable properties the federal government no longer needs will have to wait a little longer to do so. Perhaps a lot longer.

To date, only one of the original 12 properties identified for disposition more than two years ago has actually changed hands. Several others have been sold but the transactions have yet to close. But the rest are still awaiting disposition. Some have been pushed back until later this year.

And according to a new report from the Government Accountability Office, the experimental process created to reduce Uncle Sam’s inventory of excess real property is meeting with several obstacles, not the least of which is that some of those listed in the first of what is supposed to be three rounds required more due diligence to prepare them for sale than initially anticipated.

“For example,” the report noted, “one property had an outstanding mandatory environmental assessment that took months to complete and another property had access issues which required extensive coordination with local officials to resolve.”

In another instance, a property “is taking longer to list for sale due to ongoing activities to relocate existing tenants.”

Of the $46 million allocated to prepare the first dozen properties listed for sale, only $27 million is left over to implement the second round of sales. That round was supposed to be announced last month but has yet to be released.

And because the proceeds from the sale of first round, which was announced in December 2019, have been so small, there “may not be sufficient” funds to prepare future properties for sale, says the GAO, which has had the disposition of excess federal property on its high-risk watch list for nearly two decades.

The process also is being hindered by uncertainty caused by the pandemic and the need for further funding, among other things. And as a result, the GAO, the investigative arm of Congress, now says, “it is possible that the Federal Assets Sale and Transfer Act of 2016 will not meet expectations or provide insight into how the federal government can address long-standing challenges related to reducing the federal real property portfolio.”

In September, the Public Buildings Reform Board, which was created under FASTA to reform the long-criticized federal property disposal process, said the 2021 round would be more limited than what was initially expected.

Specifically, PBRB said it likely would recommend no more than 20 properties, only a fifth or so of the 100 or more properties that were expected to be listed. The value of the recommended properties will likely be less than $90 million, the GAO report says, “significantly less than the $2.5 billion ceiling called for under FASTA.”

The law set expectations for three rounds of identifying and selling superfluous properties, and established the Asset Proceeds Fund for preparing them for sale. Profits from each sale in the first round are to go back to the fund to repair and market properties in the second round, and proceeds from those sales will fund properties listed in the third round.

According to the GAO, targeted proceeds from the first round of sales were estimated to be in the $500-$700 million range. The second round would net up to $2.5 billion, while profits from the third and final round would reach up to $4.75 billion.

For the second round, the PBRB told the agency that it plans to recommend properties that were mostly vacant rather than those that are relatively complex consolidations that might require moving employees and finding them new tenant space.

For the last round in 2024, the board said it is planning to submit a larger, more complex list of projects. But it, too, could be severely limited, the GAO report notes, because “as with previous rounds,” funding may be lacking.

The lone property that has been sold and closed to date is the Shelly-New Sweden Park and Ride lot in Idaho Falls, Idaho. The former Department of Energy site went for $268,000 on the Government Services Administration’s auction website.

But DoE’s Information Operations and Research Center, a 38,000-square-foot free-standing building in Idaho Falls, is still available. The property drew a high bid of $1.2 million but it was not awarded and will be re-offered.

Three of the highest value properties listed in the initial round won’t close until this summer or possibly in 2023 at the earliest.

One is a 129-acre Auburn, Wash., complex consisting of more than 1.7 million square feet in eight warehouse buildings. It was listed Aug. 30 on the auction site, asking for a minimum opening bid of $80 million. But the deadline for bids isn’t until July 30 of this year.

The two others, an office complex in Menlo Park, Calif., and the Chet Holifield Federal Building, an obsolete structure on 92 acres, won’t be listed until the end of this year. Moreover, the sales method for both properties has yet to be determined.

The Department of Labor’s five-acre Edison, N.J., Job Corps Center has been sold for $4.4 million but the deal has not closed. Nor has the $12 million sale of the 14-acre Nike Site in Gaithersburg, Md.

Buyers have yet to be named in any of the sales so far.

Other properties still awaiting settlement include a $26.5 million deal for the two-story WestEd office building on 12 acres in Los Alamitos, Calif., and an 80-acre portion of the larger 170-acre Sacramento, Calif., Jobs Corps Center that went for $12.3 million.

The GAO is still seeking bids for the 251,000-square-foot Ronald Reagan Federal Office Building and Courthouse in Harrisburg, Pa, but buyers need a minimum of $3 million to start the process.

Properties still planned for sale “no later than the end of 2022″ include the 4.2-acre Southwest Fisheries Science Center in Pacific Grove, Calif., and the 530,000-square-foot vacant Denver Medical Center on 8 acres.

The 12th property originally listed for the first round, the Federal Archives and Records Center in Seattle, has been withdrawn.