Global law firm Norton Rose Fulbright US LLP will be the anchor tenant of the 28-story project. 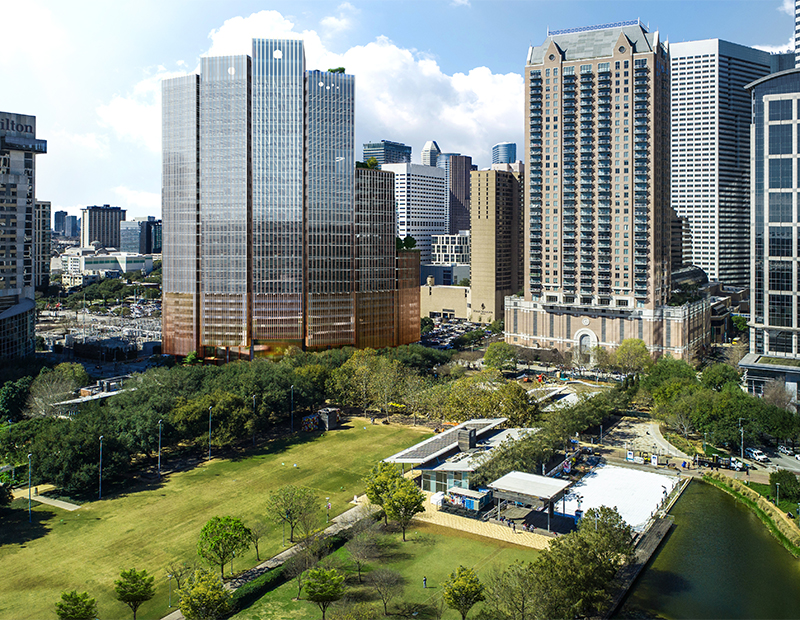 1550 on the Green. Image courtesy of Skanska

Skanska has secured global law firm Norton Rose Fulbright US LLP as the anchor tenant for a new 28-story, 375,000-square-foot Class A office building in downtown Houston. The project, adjacent to the Discovery Green urban park, will be part of a three-block, master-planned district.

The firm, which has more than 175 lawyers in its Houston office, has signed a 15-year lease agreement for 32 percent of the office building’s space and naming rights. The law firm expects to relocate to 1550 on the Green in 2024. CBRE’s Jon Lee represented Norton Rose Fulbright in the lease transaction.

The project is being designed by BIG-Bjarke Ingels Group and will be the internationally renowned firm’s first project in Texas. Located at 1550 Lamar St., BIG’s design will focus on sustainability and tenant wellness and is aimed at achieving LEED Platinum certification. The building will feature extra-wide pedestrian zones with a canopy of trees, two tenant-exclusive outdoor roof terraces on the 12th and 20th floors and wide views of the greenery to give tenants access to nature both inside and outside the building. Other features will include an eight-level parking garage with natural ventilation, 10-foot to 12-foot ceilings with floor-to-ceiling vision glass and floor plates that will range from 16,000 to 26,000 square feet. There will be ground-floor retail, a lobby with touchless security turnstiles, app-based guest registration and destination dispatch elevators.

Michael Hsu Office of Architecture, an Austin, Texas-based architecture and design firm, will design the interior amenity spaces, which will include a fitness center, rooftop event space, community spaces throughout the property and a terrace on level 28.

1550 on the Green will be located on one of the three parcels alongside Discovery Green, a downtown public park of nearly 12 acres, which is being developed as Discovery West. Skanska and BIG completed the master plan for Discovery West in early 2020. It will consist of 3.5 acres of mixed-use areas including restaurants, retail and green spaces.

Skanska purchased the parcels in October 2019 for $55 million from an unidentified private citizen. Matt Damborsky, executive vice president for Skanska USA Commercial Development’s Houston market, said in a prepared statement the firm’s team has been working with local stakeholders to develop a plan and building that will transform downtown Houston and meet the needs of city residents.

Since 2009, Skanska USA Commercial Development has invested more than $2 million in office and multifamily projects. In Houston, Skanska has developed West Memorial Place I and II, two office towers in the Energy Corridor totaling 716,679 square feet, and the Bank of America Tower, a 780,000-square-foot office building in the city’s Central Business District. Skanska sold its 90 percent interest in the tower to an affiliate of Beacon Capital Partners in December 2019 for $373 million.

Skanska was recently part of the Moynihan Train Hall project at New York’s Penn Station, which was developed through a public-private partnership that also included Empire State Development, Vornado Realty Trust, Related Cos., the MTA/LIRR, Amtrak, and the Port Authority of New York and New Jersey.

Last month, Skanska sold its 95 percent interest in 2+U, a 38-story office tower in Seattle to Hana Alternative Asset Management for about $669 million. Located in the city’s CBD, the property has 703,000 square feet of office space and 17,000 square feet of retail space across six floors and an open-air community hub on the ground floor.