Building on the success of its Village at Prasada project, the company will offer an additional shopping destination in Surprise, Ariz. 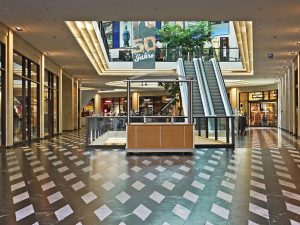 Image by Erich Westendarp from Pixabay

SimonCRE is aiming to build on its successful Village at Prasada retail project in Surprise, Ariz., with plans for another shopping destination, Prasada North, as first reported by Phoenix Business Journal. Carrying a development price tag of $100 million, the shopping center will feature 350,000 square feet of retail offerings in metropolitan Phoenix’s fast-growing West Valley.

Designed by RKAA Architects Inc., Prasada North will take shape on a site at the intersection of Waddell Road and Prasada Parkway, roughly 30 miles from downtown Phoenix and adjacent to SimonCRE’s Village at Prasada. Upon completion, the retail facility will feature a 280,000-square-foot anchor space, 22,000 square feet of shopping space and a 21,000-square-foot pad site, allowing ample room for a power-box tenant, dining options and entertainment concepts.

Already, Prasada North is attracting a notable amount of attention from potential tenants. “The response of retailers would be best described as excited and eager; we already have commitments for over 95 percent of the available space,” Joshua Simon, CEO of SimonCRE, told Commercial Property Executive. “When we were sourcing tenants for this project, we received considerably more letters of interest than we had retail space available.” 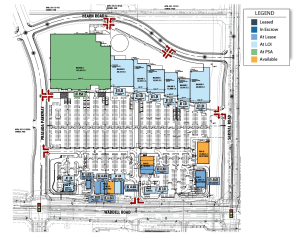 SimonCRE has tapped Western Retail Advisors to spearhead leasing at the property. Neither SimonCRE nor Western Retail is naming names at this point; however, per the leasing brochure, the team has a purchase & sale agreement in place for the approximately 147,500-square-foot anchor space, indicating a national retailer is likely committed to the spot. “Businesses are very interested in being able to join the property to serve the residents of the West Valley,” Simon added.

Construction of Prasada North is scheduled to commence in mid-2023. If all goes as planned, the initial deliveries will begin in the middle of 2024.

Prasada North is on track to deliver in 2024, while SimonCRE’s Village at Prasada, which will feature 700,000 square feet of shops, a restaurant row and an entertainment district, will welcome its first tenants by year’s end. The Village at Prasada will be the first power center to debut on the West Coast in more than a decade, as noted in a third quarter 2022 report by Avison Young. SimonCRE is committed to working with city officials to, as Simon said, “put the West Valley on the map as a retail destination in its own right.”

SimonCRE isn’t the only developer working toward enhancing retail choices in the West Valley. The Howard Hughes Corp. recently broke ground on Teravalis, a 37,000-acre mixed-use community in Buckeye that will include, in addition to office and residential offerings, retail and entertainment space. And, in Glendale, plans are underway for Vision 2, a mixed-use project with a proposed 7.3 million square feet of office and retail space, as well as residential offerings.

Development activity extends beyond the West Valley; the Greater Phoenix area is experiencing a retail boom of sorts. As of the close of the third quarter, approximately 1.6 million square feet of new retail space was in the construction stage, according to the Avison Young report, a figure far exceeding the average 993,000 square feet of space under construction across the Valley since 2009.

Despite the growing list of retail projects in West Valley and beyond, SimonCRE believes that demand will be strong enough to absorb new deliveries. “In this specific instance, I don’t believe we are anywhere near the thresholds for retail overdevelopment for the area,” Simon said. “With the massive amount of industrial development occurring along the 303, and the fast residential growth of the West Valley, there is going to be a significant number of residents and workforce in the area that will be in need of quality retail options.”

Also, there is nothing quite like SimonCRE’s retail projects in or near Surprise. “There’s no competing type of product within a 15-minute drive, and with the development restrictions near Luke Air Force Base, nothing like this is going to be built to our south,” added Simon. “It is a unique and well-positioned intersection that will provide options for residents.”