The company plans to expand into multiple U.S. growing data center markets in the near future. In addition to the new Northern Virginia campus, it has also purchased land parcels in Hillsboro, Ore., and Phoenix. 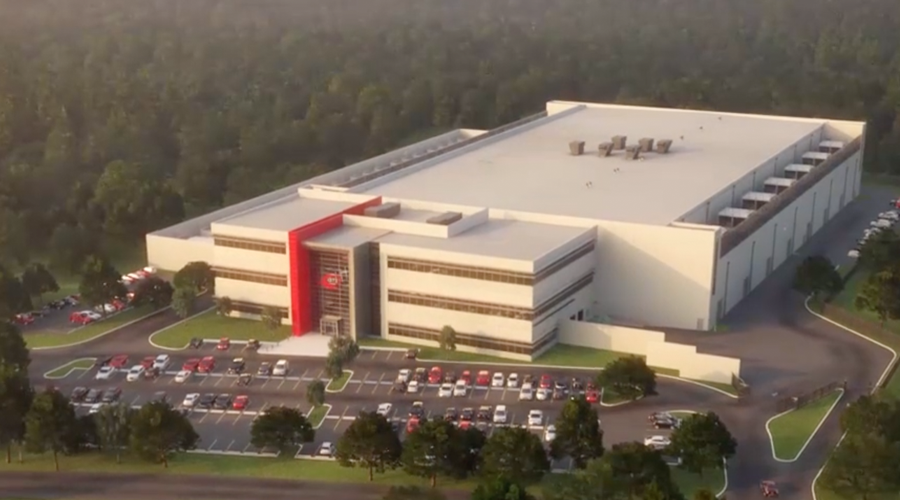 QTS Realty Trust started the development of a new data center campus in Ashburn, Va., on a 52-acre site. The two parcels were purchased separately for a total of $53 million. Over the coming months, the company plans to develop multiple facilities, ultimately delivering 140 megawatts of gross power over 700,000 square feet of raised floor space.

QTS will build the new facility in multiple phases, with market demand as the primary pacing factor. Construction began on the first 24-acre lot in Ashburn. This initial development, scheduled for completion by mid-2018, will provide four megawatts of critical capacity of which 2.2 are already preleased to a global health insurance provider. The site will be adjacent to The Vault.

QTS has two other facilities in the area, QTS Ashburn at 22271 Broderick Drive, Sterling, Va., and The Vault at 1506 Moran Road in Dulles, Va. The Northern Virginia data center market accounted for approximately 25 percent of total wholesale capacity absorption among the top U.S. data center markets, according to JLL.

“We are excited to have additional sellable capacity in a strategic QTS market to expand our ecosystem of more than 130 customers currently supported within our Northern Virginia footprint. Our fully-integrated 3C platform, combined with mega data center scale, position QTS to take advantage of increasing hybrid IT requirements, particularly from hyperscale companies,” said Chad Williams, chairman and CEO of QTS, in a prepared statement.

In addition to the new Northern Virginia development, QTS purchased land in other growing tech markets as well. It acquired 84 acres in Phoenix for $25 million, approximately four miles from its existing facility in the area, as well as 92 acres in Hillsboro, Ore., for $26 million. The company plans to finish initial development at these two sites in the coming months.

“Our announced development in Ashburn combined with new strategic optionality in Phoenix and Hillsboro, enhance QTS’ ability to deliver scalable capacity solutions in the top U.S. hyperscale data center markets. The ability to extend our hyperscale growth strategy with a de-risked development plan is consistent with QTS’ overall balanced approach to capital allocation,” said Jeff Berson, CFO at QTS, in a prepared statement.