Prudential Mortgage Capital Co. has provided $324 million of financing to Q-Park, Europe’s second-largest parking company, secured against a portfolio of 13 parking structures, totaling about 8,900 spaces, in the Netherlands. 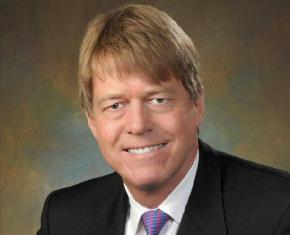 The loan has a five-year term and is predominantly fixed-rate, though it includes a small floating-rate component. Further terms of the loan, which closed in October, were not disclosed.

Headquartered in Maastricht, the Netherlands, Q-Park is the largest parking company in the country.

The Pru transaction, conducted through its European affiliate, Pricoa Mortgage Capital Co., was the primary component of a larger deal by Q-Park, in which the latter refinanced a EUR 300 million ($406 million) CMBS transaction that had been placed in 2007, according to a release by Q-Park.

That said, he added, Prudential does like the fundamentals of this urban infill asset, including “plenty of demand for parking,” despite the recession, and “heavy barriers to entry.”

“Once we saw” the Q-Park opportunity, Orndahl said, “we were intrigued.” One factor, he said, was good YOY revenue growth.

In addition, Orndahl noted, European borrowers are increasingly recognizing the potential upsides of U.S. and Canadian life insurance companies’ ability to offer fixed-rate, long-term debt financing. Those advantages are strengthened, he said, by five- to 15-year terms at a time when interest rates are at all-time lows.