By Michael Scheinberg, Partner, Pircher, Nichols & Meeks: With the pace of real estate joint venture transactions in the current market, here's what investors and sponsors need to avoid potential pitfalls. 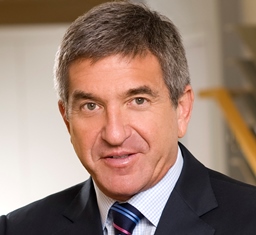 With the pace of real estate joint venture (JV) transactions in the current market, investors and sponsors often enter into a preliminary “pursuit agreement” relating to pre-closing pursuit cost sharing and decision making, even before concluding negotiation of JV terms.  Not having such an agreement could lead to unexpected and undesirable results (such as a sponsor paying for 100 percent of “dead deal” pursuit costs or an investor losing the deal to another capital source).

Some points often covered in such a pursuit agreement include:

Budget The prospective venturers can avoid surprises and future disagreements if the sponsor reaches an agreement with the investor on a budget for shared pursuit costs and the identity of consultants and counsel to be engaged.  Examples of shared costs include purchase agreement (PSA) deposits, fees to consultants and legal counsel, and lender underwriting and expense deposits.  Significant costs incurred before signing the pursuit agreement can be scheduled.

It is also advisable to call out any costs that will not be shared.  For example:  (a) prospective venturers might agree to bear their own legal costs for negotiating the JV, even if the JV closes (otherwise, a majority investor will bear most of the costs for tough negotiations by the sponsor, though “pay your own” can lead to a sponsor pushing the drafting work to the investor’s counsel); and (b) only one venturer might be responsible for finder’s fees payable to a broker that introduced the parties.

Exclusivity Typically, an investor that agrees to cover a share of pursuit costs will demand the exclusive right to be the equity capital source investor for the deal.  Sometimes, an investor will require exclusivity simply to evaluate a prospective deal beyond an initial expression of interest.  Of course, a sponsor partner is more likely to be able to accept exclusivity in favor of the investor if the preliminary agreement includes an outline of the primary JV terms (such as distribution waterfall, additional contribution obligations, decision making control, affiliate agreements and fees and the general outline of a business plan).

Decision Making Under PSA  Investors typically will require input over pre-closing decisions under a PSA once they have committed pursuit costs to a deal.  However, a sponsor with some leverage may be able to maintain a voice on these decisions, for example, where the sponsor has the PSA signed up in its name and established relationships with many prospective capital sources.

Go-Hard Decisions and Re-Offer Understandably, both parties will want a “walk” right before due diligence ends. Some investors will condition the sharing of costs on the sponsor giving up a walk right.  Ideally, the JV agreement will be finalized by due diligence expiration, though there are ways to work around the absence of a final JV agreement.  It is also not uncommon for a withdrawing party to request the right to get back in if terms become materially more favorable (through negotiations with a seller or otherwise).

The bottom line is that a general understanding among potential venturers at the outset, with any available detail, can help avoid costly misunderstandings and facilitate a successful closing.