The new facility will be carrier-neutral and offer 9 megawatts of IT capacity. 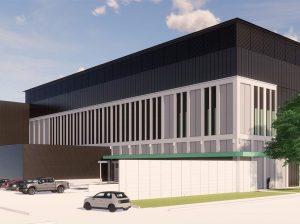 Prime Data Centers has started construction on an additional data center, its fourth in Silicon Valley. The turnkey, build-to-suit facility is designed to serve either a single client, or multiple colocation tenants. Phase 1 is set for completion in the second half of 2023.

The new data center will take shape at 2175 Martin Ave. in Santa Clara, Calif., on a 1.7-acre site that Prime acquired for $13.9 million in 2021, according to CommercialEdge data. This represents a second campus location, as Prime also has a similar facility underway on Comstock Street, next to its existing, 9-megawatt data center that was preleased by Cyxtera last year. An additional, 32-megawatt hyperscale facility was also announced at 2225 Martin Ave.

Upon completion, the 2175 Martin Ave. building will feature 80,000 square feet of purpose-built data center space and 9 megawatts of critical capacity, at N+1 redundancy. The three-story facility is also set to include access to multiple carriers and dark fiber. Cabinet densities will support up to and above 30 kW per rack.

In a prepared statement, Executive Vice President of Acquisitions Chris Sumter mentioned that the new data center is strategically positioned near the headquarters of several large tech companies, which are likely to need more data center deployments going forward.

Prime Data Centers is on track for another year of high activity, with expansions planned in other markets as well. In September, Prime announced it will construct a massive, $1 billion data center in Chicago—its first outside California. The three planned buildings will comprise 750,000 square feet and offer a total of 150 megawatts upon completion.

As noted by former Director of Marketing Jon Falker, in an interview with Commercial Property Executive last year, an essential aspect of developing data centers in Silicon Valley is obtaining power entitlements. According to Falker, these are conceived as specific agreements between the developer/operator and the utility company—with the data center company agreeing to not exceed a specific amount of power, even in periods of high consumption. For its newest development, Prime has secured up to 9 megawatts from Silicon Valley Power.

The Northern California market also poses challenges in terms of available land to build new data centers, according to a report from JLL. In the first half of this year, vacancy fell below 5 percent and JLL research estimates that low vacancy is likely to persist as newly constructed product delivers largely preleased.

At the same time, the market is on track for record levels of absorption. Land and power scarcity have led to secondary markets, like Sacramento, to see increased activity, the same report shows.