How renewables, innovative contracting, storage technology and other issues will enter into the mix. 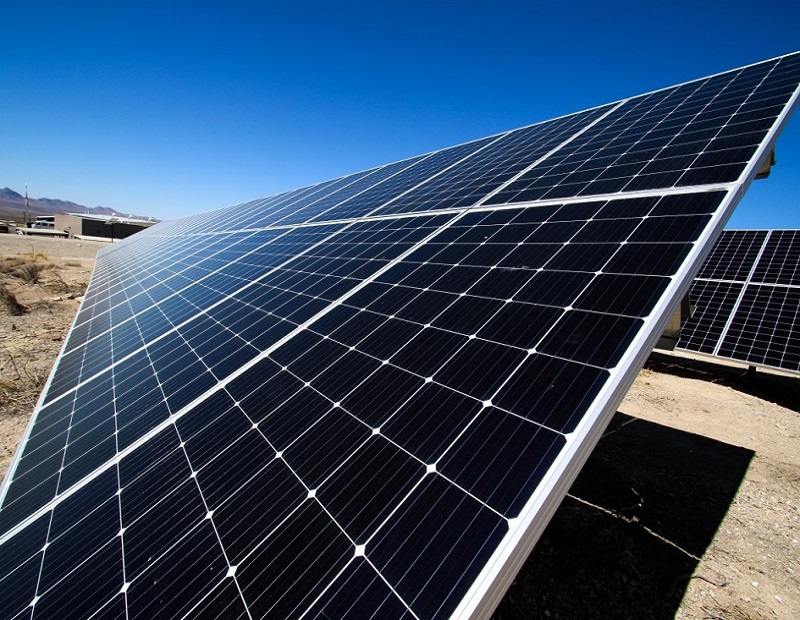 Corporate renewable energy procurement set a new record in 2018 with 4.96 gigawatts of clean energy, represented by 59 projects as of early December. That’s nearly double the amount in 2017, when the Business Renewables Center tracked 2.78 GW and 31 projects and a huge increase from 2013 when five deals were announced for a total of .32 GW.

“We finally reached a critical mass when it came to companies looking to procure large amounts of renewable energy,” said Kevin Haley, program manager at BRC, a membership program at Rocky Mountain Institute.

Those numbers reflect a rising interest in renewable energy as a procurement strategy for commercial property owners and other businesses. They are projected to keep growing, spurred by lower costs for renewable energy, increased interest by corporations and utilities to boost renewable energy options and advances in technologies like battery storage. The Deloitte Resources 2018 Study from the firm’s Energy & Resources Group found that 48 percent of business respondents were working to procure more electricity from renewable sources; 61 percent said they would consider combining battery storage with renewable sources.

“We finally reached a critical mass when it came to companies looking to procure large amounts of renewable energy,” said Kevin Haley, program manager at BRC, a membership program at Rocky Mountain Institute.

Until this year, the highest number of projects tracked by the BRC was 32 deals representing 3.22 GW in 2015. He said the numbers of corporations generating or procuring renewable energy from on-site sources or existing projects are even higher as BRC only tracks new deals and doesn’t include on-site solar arrays.“The interest in this has grown dramatically. It has really scaled alongside the corporate interest in sustainability,” Haley said, noting the program has grown from about 25 members to more than 170 corporate members and another 100 supply side members, including project developers and financiers.

As of early December, 156 corporations across the globe, including many in the U.S., had committed to achieving 100 percent renewable power as part of the RE100 campaign, according to the Deloitte 2019 Renewable Energy Industry Outlook.

Haley pointed to Fifth Third Bancorp as one corporation that has already achieved that goal. Earlier this year, the Cincinnati-based financial services firm became the first Fortune 500 company to sign a power purchase agreement to achieve 100 percent renewable power through a single project. It also became the first publicly-traded company to commit to purchasing 100 percent renewable energy solely through solar—an 80 MW solar facility in North Carolina expected to generate about 194,000 MWh/year of electricity.

Commercial real estate owners have more procurement options and renewables are increasingly becoming part of the mix, observed Nick Stolatis, principal and head of asset management and sustainability practice at EPN Real Estate Services. “They’re not taking themselves off the grid,” he said. “But they’re making an incremental reduction in the amount of power they have to buy from the grid.” Part of that strategy, he noted, is making buildings as energy efficient as possible.

The lower cost of solar, in particular, is also causing commercial property owners to consider renewable sources.“The power of solar per kilowatt has been dropping drastically. The cost of solar panels are a fraction of what there were just a few years ago,” Stolatis said. “If I can install some solar panels and cut costs by 2, 5 or more percent, that’s that much less (electricity) that I have to buy.”

Wind has been dominant in large-scale renewable projects, but solar’s share is growing, from 10 percent to a quarter of the deals BRC tracks, Haley said. PPAs had been the model preferred by corporate buyers because it provided a direct line from their investment to sustainable energy being added to the grid. But virtual power purchase agreements (VPPAs) are picking more steam, Haley reported.

BRC noted that more than 55 U.S. companies have chosen VPPAs to create more than 80 non-utility off-site renewable projects over the past 10 years. One BRC member, Cummins Inc., a global power equipment manager, signed its first VPPA with EDP Renewables in August 2017 to expand the 600 MW Meadow Lake Wind Farm in Indiana. The additional 75 MW from the VPPA will generate renewable electricity equivalent to the amount the company uses at its Indiana facilities.

Another option is peer-to-peer renewable energy trading where companies generating excess energy from their own projects sell the power to neighbors. Haley said a growing method of partnership is with utility companies. He noted that about 25 percent of the BRC deals announced in 2018 were through utility green tariff programs.“That is a jump from the past years, which had not seen that amount or that volume of deals closed through utilities,” he said.

Haley pointed to Georgia Power as an example of a utility expanding its renewable offerings. On Dec. 10, Georgia Pacific released RFPs for renewable projects generating 540 MW. The utility, which has 976 MW of solar capacity online, is developing three solar projects totaling an additional 510 MW of renewable projects including wind, solar and biomass. The latest solicitation also allows for energy storage to be used with the renewable sources.

Scott Smith, vice chairman, US Power & Utilities leader, for Deloitte, LP, and author of the Deloitte 2019 Power and Utilities Industry Outlook, cited advances in battery storage as a key innovation in increasing renewable procurement. Scott said energy storage, while still expensive, may be more cost-effective when compared to the cost of building new peaker plants. In the coming years, Smith predicts, “We will see the cost of storage come down and the efficiency of storage increase.” Part of that may be driven by states that already have storage mandates, like California and Oregon, or others that are developing them like New York and New Jersey.

Storage mandates or targets “provide load balancing options to utilities, support for distributed power to customer, and more flexibility for both utility operations and customer needs,” Smith wrote in the report. Utility customers are increasingly seeking more control over how they receive their electricity, pay for it and monitor it. Utilities, Smith said, must adapt to this “new normal” in customer experience.“There is a fundamental change going on in the industry,” Smith said. “How power is produced, transported, stored and consumed is a very different situation than even a little while ago.”