By Barbra Murray
May 6, 2019
DealsFeaturedNewsOfficePortlandWest

Goldman Sachs Merchant Banking and Lincoln Property Co. bought Field Office a year after its completion. The seller and developer was a joint venture of Project^ and National Real Estate Advisors LLC, which was represented by Newmark Knight Frank. 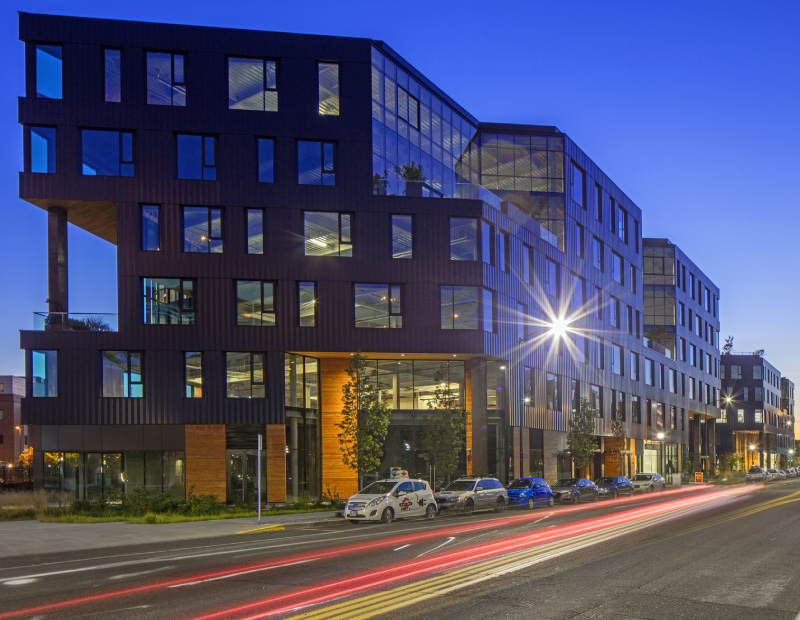 Field Office, a creative office campus in Portland, has come under new ownership just one year after its opening. With the assistance of Newmark Knight Frank, developers Project^ and National Real Estate Advisors LLC sold the 304,500-square-foot property to a venture of Goldman Sachs’ Merchant Banking Division and Lincoln Property Co. for $118 million.

Project^ had conceived the Hacker Architects-designed Field Office as a destination for businesses growing beyond the start-up phase in the area. Tech firms Adpearance and Ampere were among the firms that pre-leased space at the property, where JLL oversees office leasing. In the sale transaction, NKF’s Kevin Shannon, Nick Kucha, Steven Golubchik, James Childress and Bill DeLacy represented the sellers, while the buyers represented themselves.

The investment community has been quite keen on the Portland office market for the last few years, and experts expect the sentiment to continue in 2019. According to a first-quarter 2019 report by NKF, “With approximately $239.2 million in major office building transactions in the first quarter and several known pending sales, Portland is on track to achieve total sales of $1 billion this year, the same as in 2017 and 2018.”