Office Conversions Off to a Slow Start

While expected to ease the housing shortage, this trend has mostly produced luxury units in one region, according to the latest CommercialEdge report. 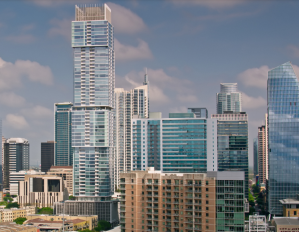 The pandemic acted as a catalyst for different real estate trends, one of them being office-to-multifamily conversions. Experts believed this adaptive reuse movement to be a viable solution for decreasing office demand and housing shortages. More than two years later, these types of conversions proved to be difficult thanks to logistical challenges and other factors, resulting in high-end apartments condensed on the East Coast where developable land is scarce, the latest CommercialEdge office report shows.

The office-using sector added 100,000 new jobs in June and nearly 1.6 million jobs year-to-date, increasing by 4.8 percent year-over-year. Some of the slower markets were Washington, D.C. (1.0 percent growth year-over-year), Phoenix (1.2 percent), Pittsburgh (1.6 percent) and the Twin Cities (2.2 percent), alongside gateway markets such as New York and the Bay Area.

While most gateway markets continue to struggle with office vacancies above the 10 percent mark, Boston was the only large market to keep its rate in the single digits throughout most of the pandemic, CommercialEdge data shows. Average listing rates in the market reached $39.31 per square foot at the end of June, accounting for a 12 percent growth year-over-year. This was attributed to new space coming to the market combined with high levels of positive absorption, as well a booming life sciences sector.