Allianz Real Estate provided the financing for a 1.5 million-square-foot collection of properties in Chicago, Denver and Los Angeles. 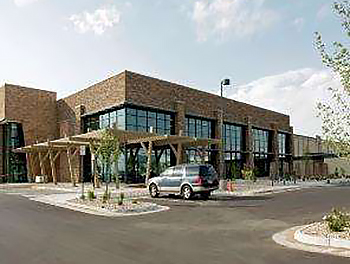 Allianz Real Estate is expanding its industrial investments in the U.S. with the closing of $94 million in financing provided to the U.S. Cities Industrial Fund, an open-ended core fund managed by Nuveen Real Estate, for a six-property portfolio in three major logistics markets. The debt investment was made on behalf of several Allianz Group companies.

Mike Cale, co-head of US Debt, Allianz Real Estate, said in a prepared statement the firm has worked with Nuveen as a key strategic partner across the globe and has now begun a debt relationship with them in the U.S. He said the financing deal with a best-in-class sponsor aligns well with Allianz Real Estate’s long-term investment strategy of focusing on high-quality assets in key dynamic centers. The sector is being driven by strong demand from tenants, especially due to the surge of online shopping since the onset of the COVID-19 crisis.

The portfolio comprises six distribution assets totaling 1.5 million square feet of space in Chicago, Denver and Los Angeles, all locations that are strategic markets for Allianz Real Estate. The assets are all fully leased long term to six diverse tenants with strong credit. Two of the warehouses are in the Chicago area, which benefits from a location with strong rail, highway connectivity and airport access. Three of the warehouses are in the Los Angeles area, with access to major infrastructure including highways and the San Bernardino Airport, and benefit from the large, wealthy Los Angeles population base. The final site is a warehouse in the Denver area, strategically located with access to major highways and the Denver International Airport. It’s within the largest industrial submarket in the Denver MSA, where there is more than 39 million square feet of inventory and 2.4 million square feet under construction.

Christoph Donner, CEO of Allianz Real Estate of America, said in prepared remarks the current environment has provided an overwhelming need for industrial space and warehouses, particularly in densely populated areas around key industrial and distribution centers in the U.S. He said Allianz Real Estate is capitalizing on the trend and expects logistics to remain a growing industry with increasing demand for distribution space.

In 2019, Allianz expanded its U.S. logistics footprint by $568 million and continues to grow its presence in the sector. Also in 2019, the Allianz debt team closed more than $2 billion through 60 transactions, a firm record at the time. On the equity side, in 2019 Allianz committed a combined $1.1 billion across office properties, 110 logistics properties and 5,700 residential units.

Late last month, Allianz provided a $150 million loan to a joint venture of Clarendon Properties and a fund managed by BlackRock to refinance a downtown Boston office building at 265 Franklin St. The 21-story, 350,534-square-foot building has retail on the ground floor and underground parking and is 96 percent leased. Also last month, Allianz teamed with Columbia Property Trust Inc. to recapitalize 221 Main St., a 381,000-square-foot office building in San Francisco’s South Financial District. Allianz provided $180 million for a 45 percent ownership in the joint venture.