The agreement strengthens the outlook for the company’s 40-acre data center campus in Phoenix. 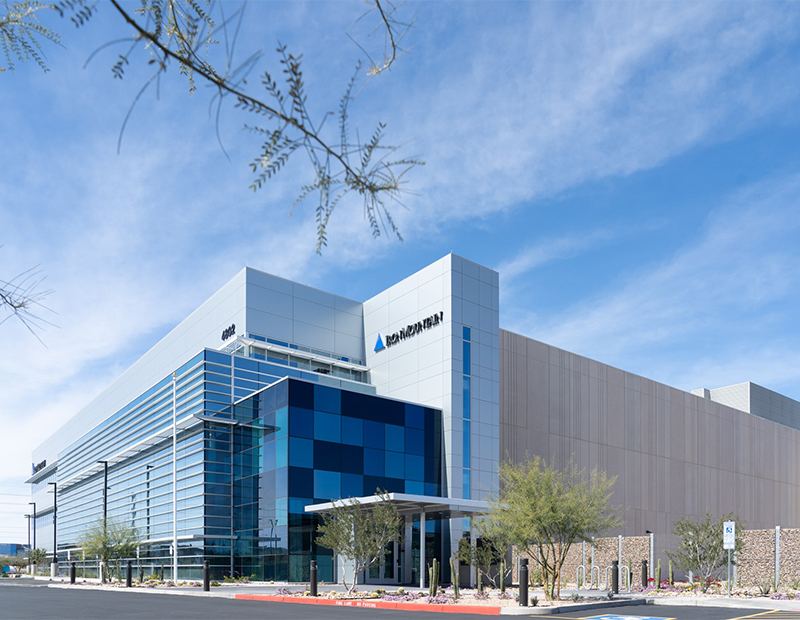 Iron Mountain Inc. has signed a prelease for 6 MW at its new AZP-2 data center in Phoenix. The lease with the unidentified Fortune 100 company is expected to start in the third quarter of 2021.

AZP-2 is a hyperscale-ready data center powered by 100 percent renewable energy. Upon completion, the purpose-built three-story facility will encompass more than 530,000 gross square feet and deliver 48 MW of total IT capacity.

Aviv explained that AZP-2 is the second data center on this campus. AZP-1, with 41 MW of capacity, is more than 93 percent leased.

Including land held for future development, the 40-acre Phoenix campus reportedly should support more than 100 megawatts of IT load when fully developed.

Features of the campus include:

Iron Mountain has been landing customers on both sides of the Atlantic lately. In June the developer signed a 10-year lease with a Fortune 100 company for Iron Mountain’s entire 280,000-square-foot, 27 MW FRA-1 data center, now under construction in Frankfurt. Iron Mountain at that time was seeking a joint venture partner for the property, freeing up resources for other uses.

Iron Mountain’s global data center platform comprises 15 operational facilities across 13 markets on three continents. Including leasable capacity, as well as land and buildings held for future development, the platform will support more than 350 MW of IT capacity at full build-out.

The Phoenix data center market has seen slower-than-normal leasing activity, because of the uncertain economic conditions, according to a first-half 2020 report from CBRE. “Major providers have quality space available and are getting very competitive,” the report stated.

Nonetheless, multiple projects were under development in the first half, including CyrusOne in Chandler, Ariz., Stream Data Centers in Goodyear, Ariz., QTS in central Phoenix and RagingWire in Mesa, Ariz.