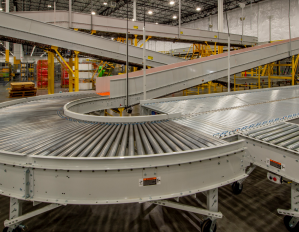 As supply chain challenges, geopolitical volatility and climate change continue to pose threats, industrial players are exploring reshoring production of goods to the U.S. The semiconductor industry has already taken the first steps in this process, facilitated by the recently adopted CHIPS Act and the Inflation Reduction Act, the latest CommercialEdge monthly industrial report shows.

On the other hand, reshoring will post its own set of challenges thanks to its complexity. Pressing issues include the scarce availability of supply and labor pools. Firms will likely adopt automation solutions and increase costs on the long-term, given the fact that domestic labor costs are much higher than offshored manufacturing.

The nation’s under-construction pipeline featured 704 million square feet of industrial space at the end of August, representing 4 percent of existing stock. According to CommercialEdge, factoring in planned projects pushes the rate to 7.6 percent of existing stock, predicting that supply levels will continue to increase despite concerns of a recession and rising interest rates and construction costs.

As of August, the markets with the largest pipelines on a percentage of existing stock basis were Phoenix (44.8 million square feet under construction, 15.2 percent of stock), Indianapolis (26.4 million, 8.2 percent) and Dallas (59.5 million, 7 percent). Meanwhile, industrial sales volume year-to-date as of August amounted to $57.6 billion.

The national industrial vacancy rate was 4.1 percent in August, a 30-basis-point decrease from the previous month. Unsurprisingly, Southern California, major logistic hubs and coastal markets had the tightest vacancies, with the Inland Empire (0.9 percent), Columbus (1.8 percent), Los Angeles and Indianapolis (2.0 percent each) leading the way.