Hyatt Goes Back for Seconds in Sydney

By the Editors of Commercial Property Executive
June 13, 2016
DevelopmentFeaturedHotelInternationalNews

The 892-key property opening in the fall will become Australia's largest full-service hotel. 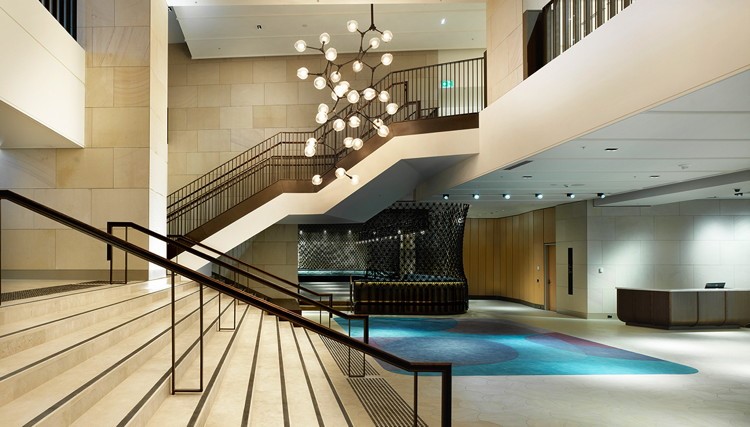 Sydney—A Hyatt affiliate of Hyatt Hotels Corp. has entered into a management agreement with an M&L Hospitality affiliate to open a Hyatt Regency hotel in Sydney, Australia.

“Hyatt hotels have been operating in Australia for more than 30 years, providing a solid foundation for future growth in what is a dynamic market,” David Udell, Hyatt Hotels Corp. group president – Asia Pacific, said in a prepared release. “This hotel will resonate with business and leisure travelers alike, and furthermore, we believe this hotel will be a leader in providing outstanding exhibition and function spaces so meeting planners can enable attendees to have a great experience.”

Located at 161 Sussex St.—previously part of the Four Points by Sheraton brand, the hotel will be rebranded to Hyatt Regency Sydney at midnight on November 30 of this year.

In the months leading up to the reopening, the hotel will undergo a $250 million redevelopment and refurbishment effort which will include the addition of a new 24-story tower and 222 additional guestrooms.

The completed hotel will feature more than 37,100 square feet of state-of-the-art meeting and event space, including two ballrooms that can seat more than 1,000 people, which will be part of the new pillar-less convention center.

Once completed, the Hyatt Regency Sydney will be the largest upscale, full service hotel in Australia with a total room count of 892. Additionally, the hotel will introduce a 272-seat, all-day dining restaurant which will feature the only hotel rooftop bar in Sydney and a Regency Club lounge with panoramic views of the harbor.

According to the Australian Bureau of Statistics, the Sydney market saw 7.6 million visitor arrivals for the year ending February 2016, a 9 percent increase compared to the previous year. The new hotel will be the second Sydney asset for Hyatt, alongside the Park Hyatt Sydney at 7 Hickson Road in the city’s historic The Rocks neighborhood.