How Low Can They Go?

By Ken Riggs, President, Situs RERC: As the year gets underway, the investment world is increasingly anxious about various global risks.

As the year gets underway, the investment world is increasingly anxious about various global risks. The economies in the European Union remain challenged, and despite the European Central  Bank’s commitment to quantitative easing, the fear is that stagnation is becoming ingrained throughout Europe and that Greece may leave the Union altogether. The Japanese economy has seen some progress with improvements in growth and inflation with the various “Abenomics” policies, but in general, the policy has not been widely supported by Japan’s consumers. In addition, Russia continues to wage war in the Ukraine, and the Islamic State is extending its reach beyond the Middle East to Europe with attacks on select communities in Paris and Denmark.

There are challenges in the U.S. as well, but compared to the rest of the world, the investment environment in the U.S. is increasingly attractive, especially for investors looking for relative safety as well as returns. Commercial real estate satisfies both those categories. Meanwhile, demand for high-quality commercial property has been driving up prices, prices have been driving up values, and given the very-low interest rates, capitalization rates have continued to compress.

It is hard to believe, but Situs RERC’s required going-in cap rates for the majority of the property sectors declined even further in second half 2014, with the rates for the CBD office, industrial warehouse, regional retail mall, neighborhood/community retail, retail power center, apartment, and hotel sectors dipping to new lows in the 25 years that we have been analyzing and reporting these rates in the Real Estate Report. Situs RERC’s required going-in cap rates for fourth quarter 2014 are shown in the table below: 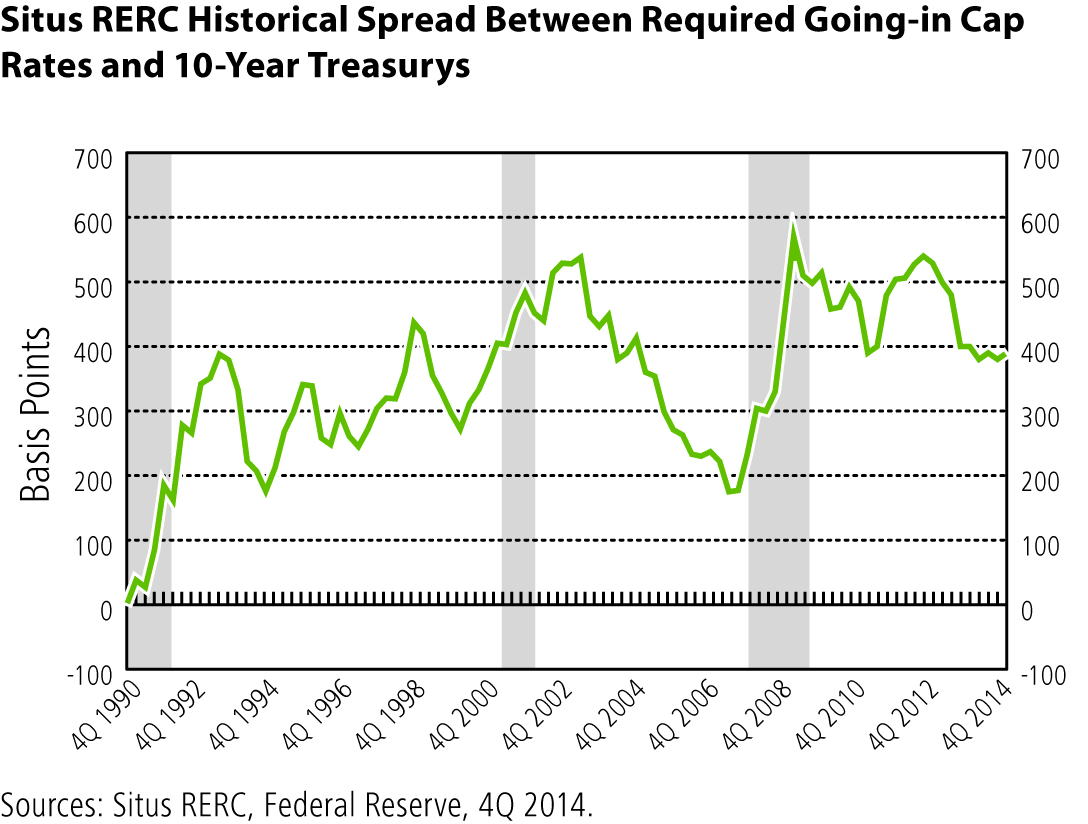 Given the weaknesses in the global economy, Situs RERC believes that it is very unlikely that the Federal Reserve will increase the federal funds rates soon, despite some projections for an increase in interest rates in mid-2015. Even if interest rates do begin to increase in 2015, Situs RERC maintains that any increases are likely to be quite small.

We also point out that the belief that interest rates “have to eventually go up” may be further off in the horizon than any of us thought! As demonstrated below, 10-year government bond yield rates have been consistently declining in most developed nations for decades, and that they are unlikely to increase significantly anytime soon. In fact, Situs RERC would not be surprised to see 10-year U.S. Treasury rates to stay at or drop below 2 percent for the next 12 months. This lower expectation of 10-year rates is now being reflected in the buyer calculus, which will result in broader market downward pressure on cap rates just as market fundamentals are improving. 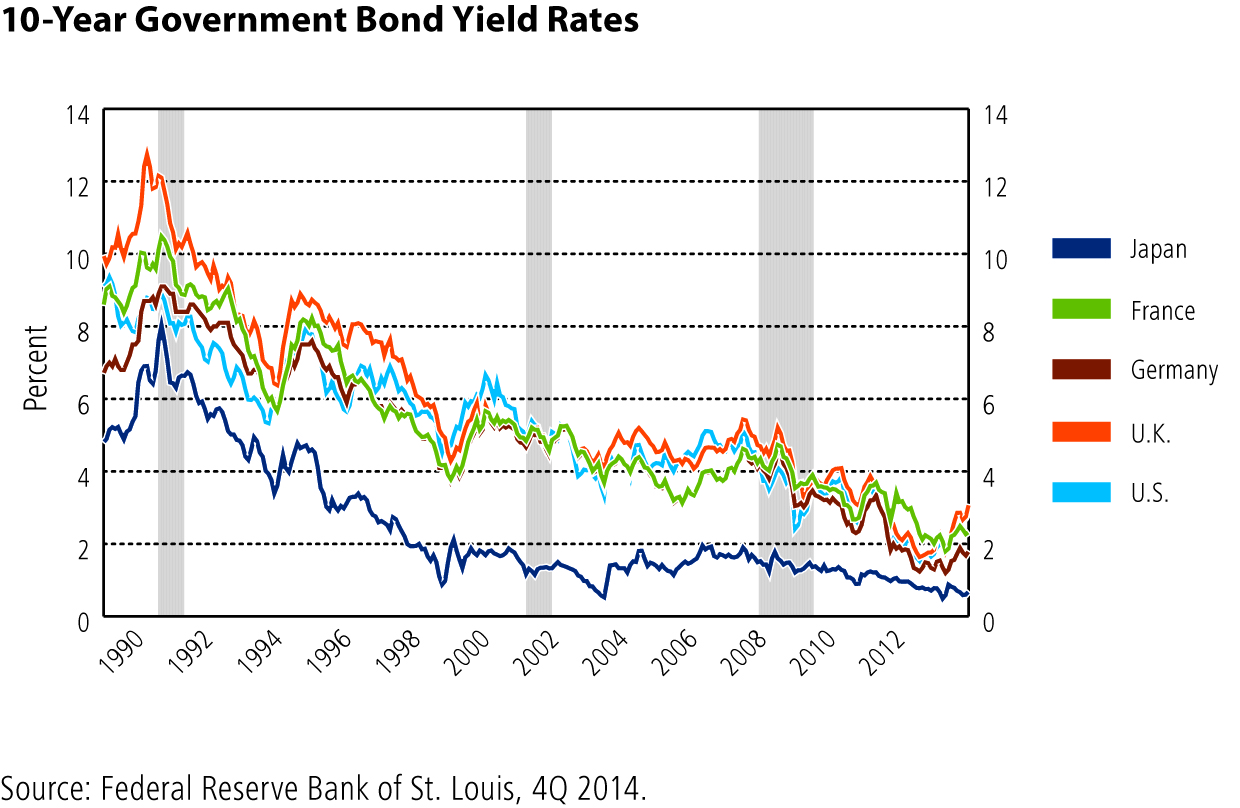 As for cap rates, Situs RERC views them as reasonable, given today’s alternatives and the low 10-year Treasury rates, and we expect them to stay low on a broad-market basis in 2015. Cap rates can’t go much lower in the coastal markets, but they can compress further in the secondary and tertiary markets, as well as in some of the less popular property types.