Most participants at the National Association of Business Economists meeting in Denver were sanguine about the prospects for the U.S. economy. 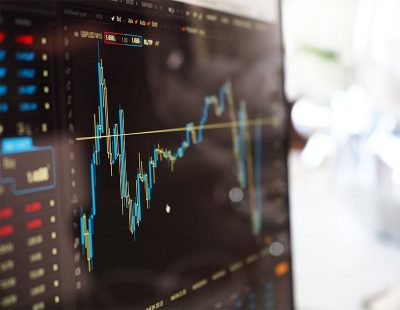 Despite slowly waning GDP and employment growth, and frequent financial market volatility stemming from slowing global growth and the “As the World Turns” trade negotiations between the U.S. and China, most economists at last week’s National Association of Business Economists (NABE) meeting in Denver were sanguine about the prospects for the U.S. economy.

In a Q&A following his speech at the event, Federal Reserve Board Chair Jerome Powell ticked off a list of favorable conditions that included “healthy” job creation, a “solid” consumer sector, wages rising in line with productivity, the rising prime age labor participation rate, and no obvious financial bubbles. Despite questions about the future that include trade, Brexit, growing debt on corporate balance sheets and the amount of reserves in the banking system, the economic growth “feels sustainable,” he said.

Powell’s speech illustrated the “are-we-or-are-we-not-headed-to-a-recession” nature of the U.S. economy. He touted the enduring strength of the recovery, while at the same time defending Fed actions—including interest rate cuts and increasing its balance sheet—taken to keep the market from deteriorating. Even his topic, “Data-Dependent Monetary Policy in an Evolving Economy,” seemed designed to allay fears that the Fed is acting to blunt political pressure.

Powell’s take was in line with the consensus view of NABE economists, who expect GDP growth will slow to 2.3 percent in 2019, down from growth of 2.9 percent in 2018, and that GDP will decline to 1.8 percent in 2020. The economists taking the survey have become more pessimistic as the year has advanced, as the consensus growth for 2019 in the June survey was 2.6 percent.

In recent months, downside risks that have come to the fore include the trade war with China, the intractable Brexit negotiations between the U.K. and Europe and concerns about volatility in the short-term bank lending markets. Those factors, combined with a gradual lessening of job growth and the inversion of the yield curve, have led more than four of five economists taking the survey to say that the main risks are to the downside.

“The panel turned decidedly more pessimistic about the outlook over the summer, with 80 percent of participants viewing risks to the outlook as tilted to the downside,” said survey chair Gregory Daco, chief U.S. economist of Oxford Economics. “The rise in protectionism, pervasive trade policy uncertainty, and slower global growth are considered key downside risks to U.S. economic activity. While a small majority of panelists expects that any action by the Federal Reserve on interest rates will be on hold through year-end of 2019, over 40 percent anticipate at least one more rate cut. Three-quarters of respondents expect at least one rate cut by the end of 2020, and a third expects at least two further rate cuts by the end of next year.”

Even as economists become more pessimistic, there still is little concern about an immediate recession. Nearly half (47 percent) of survey respondents forecast a recession by the second half of 2020 and 69 percent say a recession could come by the first half of 2021.

Trade talks with China have dominated the news cycle, in part because tariffs have had an immediate and large impact on some segments of the economy (such as agriculture and shipping), and the stock market has been on a roller coaster as daily whispers alternate between deal and no deal.

Contrary to administration talking points, every dollar in tariffs leads to an increase in the same amount of prices to American consumers, and every dollar in tariffs leads to a $2 drop in sales, said Gordon Hanson, director for the Center of Global Transformation at the University of California San Diego. Hanson noted that sectors and regions hurt most by the tariffs (particularly the Midwest) to date are counties that supported Donald Trump in the 2016 election.

Although tariffs are hurting U.S. manufacturing, Hanson said that tariffs are unlikely to have a big impact on employment. One reason is that most manufacturing job losses come from plant closings, which companies are reluctant to do based on short-term considerations. Another factor is that manufacturing has become increasingly mechanized, with fewer assembly-line workers and more machines.

American companies that do business in China are forced into a Faustian bargain. China requires that these companies share sensitive technology. The long-running intellectual property theft is a sticking point in trade negotiations. Many foreign companies reluctantly go along because they want to sell in China’s huge market, but Branstetter said that the intellectual theft depresses innovation and distorts the trade market. Western firms that refuse to go along pay a higher cost of production for avoiding the market in China.

American trade negotiators are unlikely to win concessions on this issue in unilateral talks with China, but Branstetter recommended a multilateral response in which western governments would set up a board to review technology transfers to China. The board, which would include both business and intelligence experts, would have the power to block or modify transfers or impose sanctions. Although such an effort would run the risk of countersanctions by the Chinese, the benefit would outweigh those risks, he said.

The Trump administration has set out to reduce some of the post-financial crisis increased capital reserve requirements for banks—particularly regional and local banks—but Powell said the Federal Reserve planned to announce measures that would increase reserve requirements. He also said the Treasury would begin increasing asset purchases to make sure that the banking system remains solvent.

Concerns about stability arose in September, when a temporary lack of liquidity in the overnight markets led short-term rates to spike by about 800 basis points. The Federal Reserve responded by increasing its balance sheet, which had been winding down since the Fed elected in late 2014 to allow its bond portfolio to wind down.

The Fed’s reserve holdings have dropped to $1.5 trillion, from $2.8 trillion in the fourth quarter of 2014, but now they are likely to grow again. Powell tried to downplay the move as not equivalent to the massive quantitative easing begun in the wake of the financial crisis, but the differences are in degree, such as that the Fed plans to increase short-term holdings rather than long-term ones.

“While a range of factors may have contributed to these developments, it is clear that without a sufficient quantity of reserves in the banking system, even routine increases in funding pressures can lead to outsized movements in money market interest rates,” Powell said. “…at some point, we will begin increasing our securities holdings to maintain an appropriate level of reserves. That time is now upon us.”

The recent overnight market liquidity crisis and the inverted yield curve are worrying signs, but there was little support for the view that the market is headed toward another 2008-type meltdown. Edward Lazear, The Davies family professor of economics at the Stanford School of Business, noted that leverage in financial markets is less than it was in 2007. He compared the difference of the impact of the late 1990s dotcom crash, in which a lot of investors lost equity capital, with the 2008 financial crisis, which had systemic implications because debt losses impacted not only the debt holders but their counterparties.

Dealing with pressing issues that might dampen growth is urgent, but so is understanding policies that will be needed to increase growth going forward. Among the global trends are lower birth rates in developing countries and growth in the 80-plus population, as people live longer. Amian Roy, head of global macro policy research at State Street Global Advisors, said that pro-growth policies include abolishing the retirement age, closing the gender gap at work and rethinking immigration policy to acknowledge that the U.S. needs more young workers.

Ellen Zentner, chief U.S. economist at Morgan Stanley, noted that women outpace men in college attainment, and represent a growing share of the workforce. Single women represent the fastest-growing segment of the U.S. population, she said. Zentner concurred on the importance of immigration reform, noting that 42 percent of U.S. population growth comes from immigration.