Downtown Tampa Hotel to Open in 2020 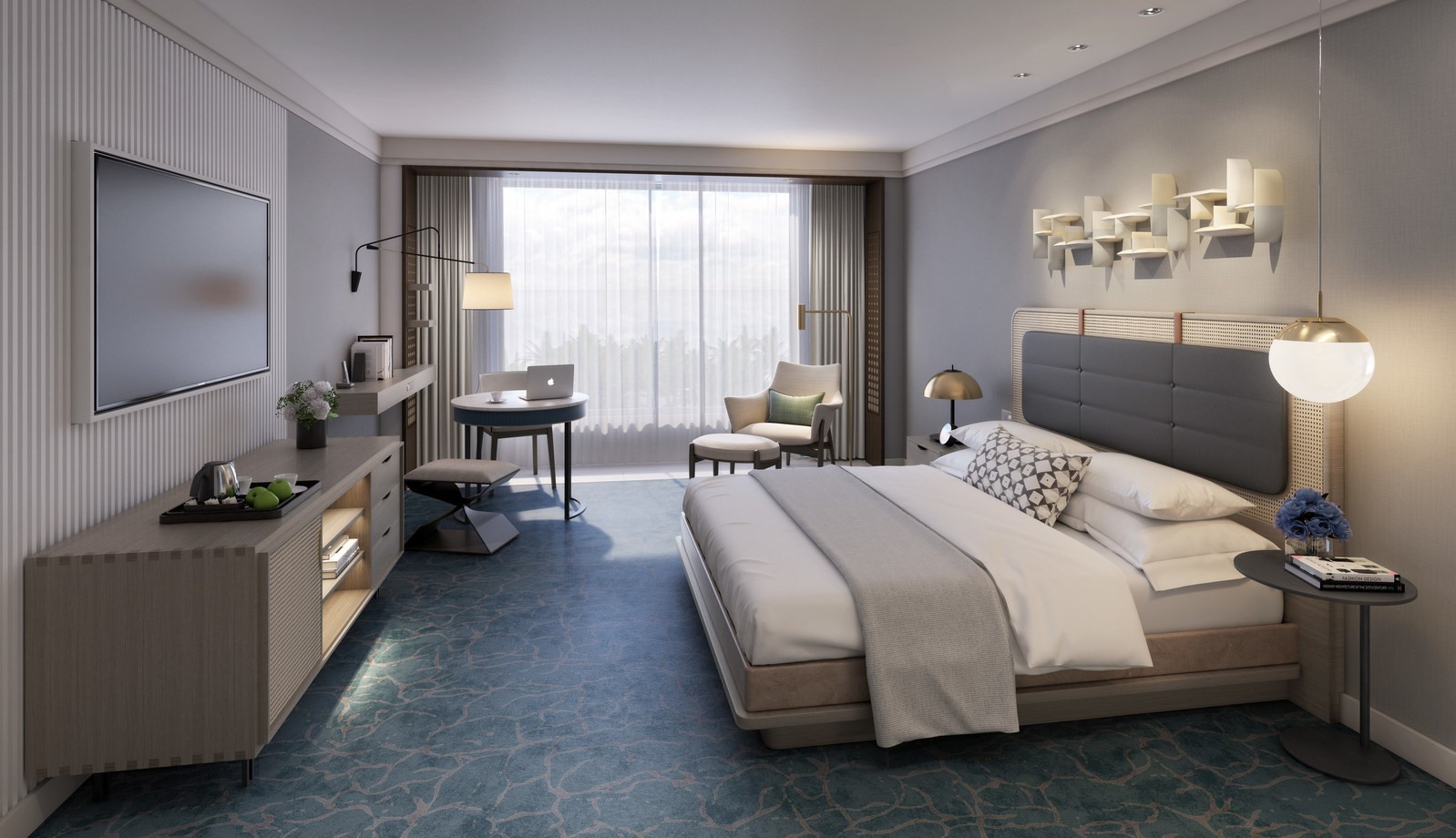 SPP has also planned renovations to the adjacent Marriott Waterside Hotel & Marina, and combined, the two properties will create the largest collection of hotel rooms and meeting space in the Tampa Bay area, with 1,246 rooms and nearly 150,000 square feet of meeting and event space.

“We are incredibly excited to extend our partnership with Marriott International, bring the JW Marriott brand to Water Street Tampa and significantly enhance the hospitality offerings in downtown Tampa,” James Nozar, SPP’s CEO, said in a prepared release. “Not only are we bringing a new luxury hotel to the neighborhood, we are also reinvesting in the Marriott Waterside Tampa to create a one-of-a-kind hospitality experience for everyone to enjoy, with dynamic outdoor amenities seamlessly connected to the Tampa Riverwalk and adjacent marina.”

Construction on the new hotel, designed by Nichols Brosch Wurst Wolfe & Associates with interiors by Champalimaud Design, will begin sometime in the next few months.

The JW Marriott Tampa will boast more than 100,000 square feet of meeting and event space, including the largest hotel ballroom in Tampa Bay at approximately 30,000 square feet. It will also feature numerous social spaces and amenities across six levels.

The hotel’s ground floor will feature a full-service restaurant and other neighborhood-serving retail outlets, while its entrance will contain a four-story atrium that will encourage socialization and collaboration,

On the 26th floor, a rooftop lounge and terrace—the highest in Tampa—will offer views of downtown Tampa and Hillsborough Bay. There’s also an expansive full-service spa and fitness center on the hotel’s sixth floor and a restaurant with indoor and outdoor seating, bar, event lawn, an extensive pool and sun terrace.

The Tampa Marriott Waterside Hotel & Marina was originally built in 2000 and acquired by SPP four years ago. It features 719 rooms currently, but will grow to 727 once renovations are done.

Also scheduled as part of the changes is a re-launch of its existing food and beverage offerings including the addition of a nationally recognized restaurateur to oversee service throughout the ground floor offerings.

All improvements are expected to be complete by early 2019.

Set to rise 26 stories, the new hotel will be located just steps from the Tampa Convention Center and Amalie Arena, home of the NHL’s Tampa Bay Lightning.

The Water Street neighborhood is named after the historic street on which both hotels are situated and when the project is completed, it will become one of the largest coordinated urban mixed-use real-estate developments in the country.