An energy exploration company is relocating its global headquarters to Briarlake Plaza. 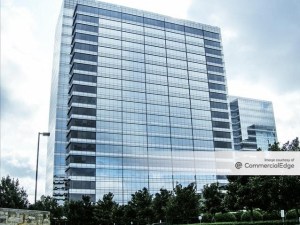 According to the Houston Chronicle, Apache will downsize its Uptown Houston footprint, relocating from Post Oak Central, where the firm has been operating for more than 30 years. The company’s move from its former location, where it occupies approximately 525,000 square feet, will significantly reduce its Houston office footprint.

Cousins acquired One Briarlake Plaza back in 2008, when Crescent Real Estate sold it for $129.3 million, according to CommercialEdge. The same data provider shows that the company acquired Two Briarlake Plaza in 2019, following the merge with TIER REIT, when Cousins assumed the ownership of all the firm’s existing assets across the U.S.

In a prepared statement, Apache Corp.’s SVP of Administration Mark Maddox said that the relocation will enhance the overall employee workplace experience by reducing drive times and offering access to an array of amenities.

According to a recent CommercialEdge report, Houston topped the nation for the highest office vacancy rate year-to-date as of October, among major markets.