Based respectively in Toronto and New York City, the companies plan to expand their services and geographic reach. 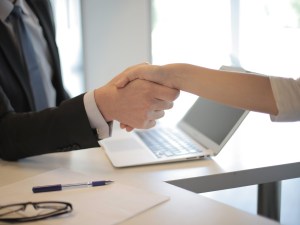 Skyhawk is an independent boutique advisory and capital markets firm focused exclusively on the real estate sector in the United States.

In a prepared statement, Sam Brown, CMLS Financial executive vice president and COO, said, the  partnership will significantly expand the company’s network beyond Canada and be especially valuable for clients that are looking for cross-border opportunities. On the Skyhawk side, Managing Principal Kevin Stahl highlighted the partnership’s value for the expansion of Skyhawk’s advisory, M&A and capital markets lines.

The beginning of 2023 sees the CRE capital markets situation still in flux.

In a December Viewpoint, Troy Marek of Sabal Capital Partners and Regions Bank emphasized that capital is still available, but that borrowers should expect closer scrutiny by lenders of them and of their deals — and should anticipate bringing more equity to the table.

The same month, Peter Welsh, a principal at Gantry, commented that office remains “perhaps the most vexing asset class,” with lenders closely inquiring about subleasing (which is often under-reported), as well as re-tenanting costs and a tenant’s return-to-office success.

Besides ongoing favorite industrial, Welsh added, sought-after asset types for lenders include “grocery and national tenant-anchored suburban power centers. These assets have performed above expectations post COVID and are still attractive moving into the new year.”