The ground lessor’s position at 625 Madison Ave., in Manhattan’s Plaza District, has been purchased by Ashkenazy Acquisition Corp. for $400 million from 625 Ground Lessor. 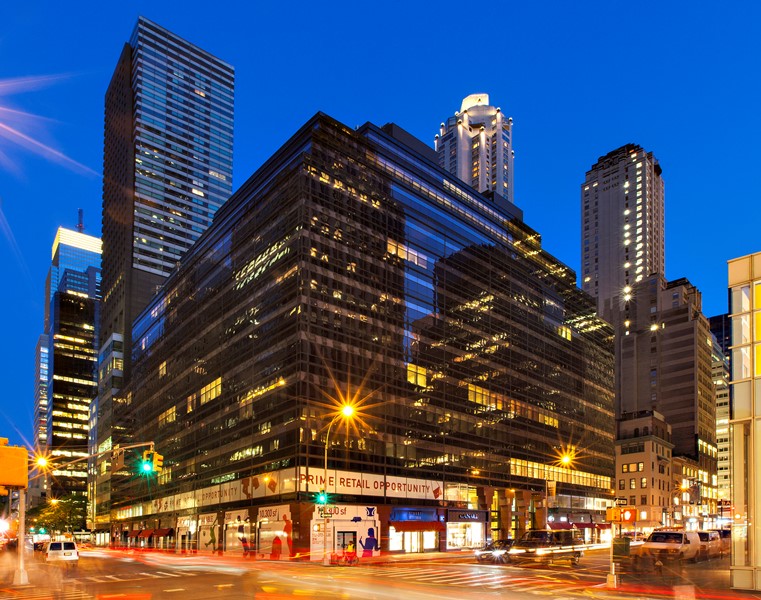 The ground lessor’s position at 625 Madison Avenue, in Manhattan’s Plaza District, has been purchased by Ashkenazy Acquisition Corp., of New York, for $400 million from 625 Ground Lessor L.L.C., Cushman & Wakefield, which represented the seller, announced last week.

The site is occupied by a 17-story, 563,000-square-foot Class A office building, with retail, that spans the entire block on the east side of Madison Avenue between 58th and 59th streets. Polo Ralph Lauren occupies 70 percent of the building.

The price represents a going-in yield of 1.15 percent based on contractual ground lease payments through June 2022, according to Cushman, “reflecting historically low interest rates, escalating land values due to the strength of the residential and retail market, and the scarcity of ground lease offerings.”

The leasehold at 625 Madison is owned and operated by SL Green Realty Corp., of New York. The ground lease expires in June 2054.

The building’s website indicates that the office space is fully leased.

“The investment benefits from strong sponsorship, long-term upside and a truly irreplaceable location at the core of one of the most luxurious commercial, residential and retail corridors in the world,” Hwang, an executive vice president, said in a release.

“Leased fee/ground lessor positions are rarely offered in Manhattan, so the opportunity was of great interest to investors around the world,” said Steve Kohn, president of Cushman & Wakefield Equity, Debt and Structured Finance.

The contract that culminated in the deal was signed in late September, The New York Post reported on Oct. 1.

One key to the sale, according to the Post, is that SL Green’s current $4.6 million rent will reset in 2022 and 2041, with the rent reportedly expected to soar to about $50 million a year at the next reset.

Formerly known at the Revlon Building and the Plaza Building, 625 Madison Ave. was completed to its current height in 1956 and extensively renovated in 1988.