New details were released Wednesday about the previously announced Omni Frisco Hotel, part of The Star at Frisco, Texas, a 90-acre mixed-use development. 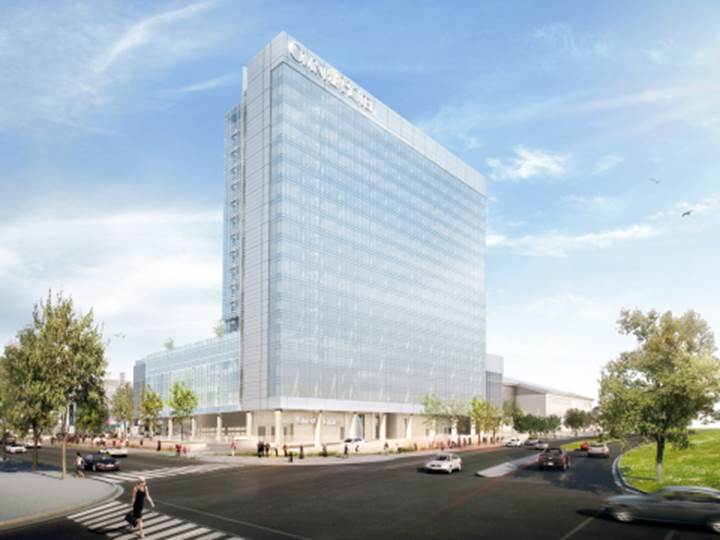 New details were released Wednesday about the previously announced 300-key Omni Frisco Hotel, which is part of The Star at Frisco, Texas, a 90-acre mixed-use development to be anchored by the Dallas Cowboys new world headquarters and the Ford Center, a 12,000-seat event center.

In addition to 300 guest rooms and suites, the 16-story hotel will have a fine dining venue, a lobby coffee and wine bar and a fourth-floor rooftop deck with a pool bar, grill, three fire pits, and cabanas. The hotel will also feature 24,000 square feet of meeting space, including a 13,000-square-foot ballroom.

As part of its connection to the Dallas Cowboys, the hotel will have a luxury retail outlet featuring, among artwork by local designers, sketches of Cowboys Ring of Honor inductees. The hotel is scheduled to open in early summer 2017.

Development of The Star began in August 2014 at the northwest corner of Warren Parkway and the Dallas North Tollway in Frisco. Planned uses for the development include additional corporate offices, retail and restaurants. The Ford Center will serve as both the home venue for the Frisco Independent School District for events and activities and the practice and training facility for the Cowboys.

The Dallas area has seen consistent occupancy and rate growth, especially in the northern suburbs, where the Frisco/Plano area is “leading the pack” in hotel development, Kathleen Donahue, senior vice president in the Dallas office of hospitality consultants HVS, told Commercial Property Executive.

She noted a 175-key Hotel ZaZa (opening in fall 2016) and a 250-key luxury Langham Hotel (opening 2018) are both under construction at Thomas Land & Development’s 175-acre Wade Park mixed-use project in Frisco. In addition, the Sheraton Stonebriar in Frisco recently completed a $10 million, 51-room expansion.

That will be a lot of rooms to fill, but Donahue is confident that the Cowboys project, the nearby new Toyota Motor Sales U.S.A. headquarters and the 560,000-square-foot Nebraska Furniture Mart of Texas in The Colony, along with other growth in the Highway 121 corridor, will drive enough demand to keep these hotels healthy.

Currently, Donahue said, the benchmark ADR for upscale full-service hotels in the Frisco area is $170, and occupancy is typically in the upper 60 percent area.