A Year in Review: Chicago’s Office Market in 2018

How did Chicago perform in the last 12 months in terms of office investment and what will 2019 bring? NAI Hiffman’s Executive Vice President Jason Wurtz evaluates the performance of the metro's office sector. 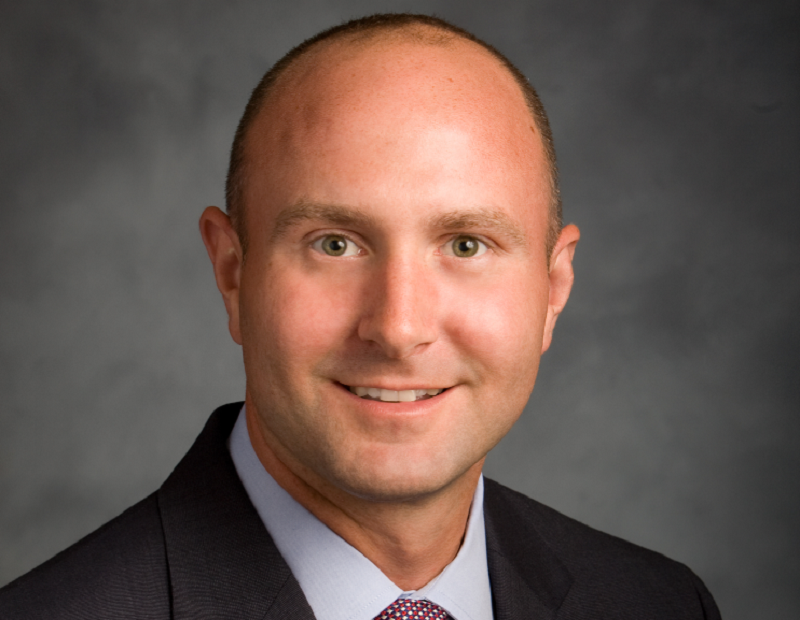 Chicago’s central business district remained in the spotlight throughout 2018, as demand for office space boosted a series of large development and redevelopment projects, while corporations continued to relocate to the area. McDonald’s new headquarters, the renovation of the Old Main Post Office and Facebook’s lease at The John Buck Co.’s 151 N. Franklin St. were some of Chicago’s real estate highlights in 2018.

While the expected increase in property taxes and the stock market volatility may send some shock waves into the industry going forward, NAI Hiffman experts predict that the Chicago market will remain on a path of slow but steady growth. Executive Vice President Jason Wurtz told Commercial Property Executive that he anticipates investors to be a lot more active in the suburbs. The outer submarkets have been making a quiet comeback, Wurtz says, with almost $1.4 billion in office property sales in 2018 and leasing activity similar to that in the CBD.

What have been the main challenges that Chicago office investors had to overcome this year?

Wurtz: In the suburban market, office investors interested in acquiring value-add assets are struggling to find them. Meanwhile, investors who are usually targeting the core areas have yet to gain confidence in the suburban marketplace. Many have focused on hot growth markets like Houston and Nashville instead of revisiting our suburbs, especially after getting priced out of Chicago’s CBD.

What surprised you the most about the market in the past 12 months?

Wurtz: The suburbs will cap off the year with almost $1.4 billion in office sale transactions. This is a staggering figure compared to previous years and may help build more confidence in the depth of the Chicago suburban owners. The last quarter witnessed three significant sales in three different suburban submarkets. In the Northwest City submarket, Continental Towers was sold to CT Acquisitions—a partnership between Philadelphia-based Rubenstein Partners and Chicago-based GlenStar—for $121.5 million or $143 per square foot. In the East-West Corridor, Group RMC bought Executive Towers from The Blackstone Group for $84 million or $120 per square foot. Finally, in the O’Hare submarket, Triangle Plaza was sold to The Shidler Group for $141 million or $222 per square foot.

What has been on top of tenant preferences in terms of amenities and location in 2018?

Wurtz: Employee environment is more important than ever before. With the unemployment rate in the Chicago metro area at 3.6 percent, the demand to attract and retain employees—especially the Millennial workforce—has become a major part of decision making for corporate executives. There has been an evolution from a “check-the-box” mentality, which implied the simple presence of cafés, after-hours grab-and-go stations, fitness centers and tenant lounges. Instead, the quality of each of these amenities are now the differentiator and recruiting tool for many users. Owners of B+ and better buildings need to offer some differentiating social spaces in addition to the tenant-specific amenities of any size for a quick breakaway, meeting or team collaboration as the need for an out-of-office experience has become more essential than in the past.

Amenities have become an extension of the tenant workspace, and landlords who want to retain and attract tenants will benefit from making technology investments and creating innovative common areas to stay relevant and compete.

How have the suburbs tried to attract tenants in 2018 and what more can suburban landlords do going forward?

Wurtz: The flight of tenants to the city is a non-issue and seems to be exaggerated in the market. While there have been corporate companies moving downtown that have gained major attention like AT&T, McDonald’s and Kraft, to name a few, what gets excluded from the press is the major portion or growth of some companies that remain in the suburbs. The suburban office market is strong. On a macro level, there seems to be much less visibility and press related to major commitments in the Chicago suburbs like United Airlines committing to 160,000 square feet in Arlington Heights or AbbVie acquiring its 500,000-square-foot office building in Lake County.

At the end of the third quarter, the suburbs had approximately 1.6 million square feet of new leasing activity compared to 2 million in the city. I imagine many investors do not realize activity would be that comparable. Projects that remain relevant or have been repositioned have experienced great success in recent years. Some basics of real estate location still apply, and a good product base with immediate local amenities, good access to highways and decent proximity to public transportation options have all seen and capitalized on the bulk of the market activity.

How do you expect the growing property taxes to impact Chicago’s office market during the next quarters?

Wurtz: There are going to be several repercussions, but one of the most impactful will be those tenants coming off long-term leases that may not only get priced out of the area due to increased commercial taxes, but also the rent increases they will be facing. With the recent election of Governor Pritzker, property taxes, income taxes, minimum wage and health care are all on the table to be impacted by the new leadership in Illinois.

On a scale from 1 to 10, what grade would you give the Chicago office market for the year and why?

Wurtz: I would provide it a 7.5.  I think the suburban office market still has a story of the “haves and have nots.” While a big portion of the market is doing extremely well and seeing absorption and rent growth, the obsolete product continues to weigh down the market statistics. The migration of the large suburban tenants to downtown locations in the last years has caused an increase in suburban Class A vacancy.

As such, the availability of suburban Class A office spaces of 50,000 square feet and greater has increased nearly 10 percent since 2013. This increase in available Class A space has been favorable to tenants in the market as landlords have offered more competitive tenant improvement packages, abatement and other concessions in order to fill out these premier spaces.

Wurtz: The current trends will continue and will likely accelerate as owners invest in amenities and tenants demand smart workspaces. We predict slow and steady growth on occupancy and rental rates for properties which have the amenities and resources to compete effectively in the marketplace for tenants. I cannot predict any unforeseen demand challenges but I also don’t feel the recent trajectory of the suburban office market warrants any significant correction or change. On a macro level, the U.S. Treasury’s yield curve recently inverted for the first time in more than a decade, which has some investors concerned that another recession is possible. While imminent change isn’t likely, it is an indication that some uncertainty exists in the market for owners and tenants alike.