The company's 500,000-square-foot lease paves the way for the final phase of the Wolf Point mixed-use destination. 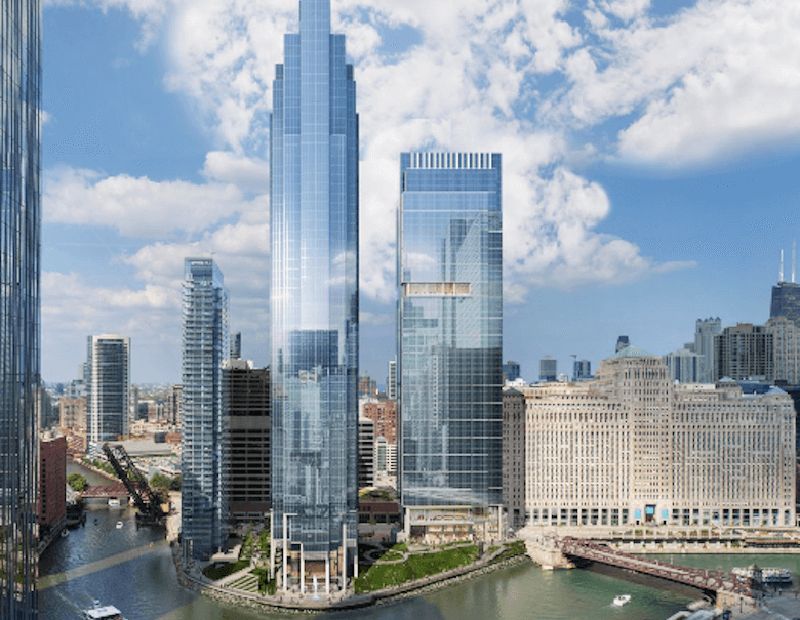 Hines has just announced the launch of Salesforce Tower Chicago, a 1.2 million-square-foot office building to sprout up at the 4-acre Wolf Point riverfront development in downtown Chicago. Software company Salesforce will anchor the 60-story building, having signed a lease for 500,000 square feet to accommodate the expansion of its regional headquarters.

Salesforce Tower Chicago constitutes the third phase of Wolf Point, a $1 billion mixed-use destination that Hines and the Joseph P. Kennedy Family joined forces to develop in 2008. The Salesforce lease gets the planned office project off the ground at a time when, according to a third quarter 2018 report by commercial real estate services firm Savills, large blocks of office space are a rarity in the central business district’s River North neighborhood.

“We continue to see intense demand for best-in-class office space along the Chicago River, and we believe that Salesforce Tower Chicago is well-positioned to satisfy this demand,” Will Renner, a director with Hines, told Commercial Property Executive. 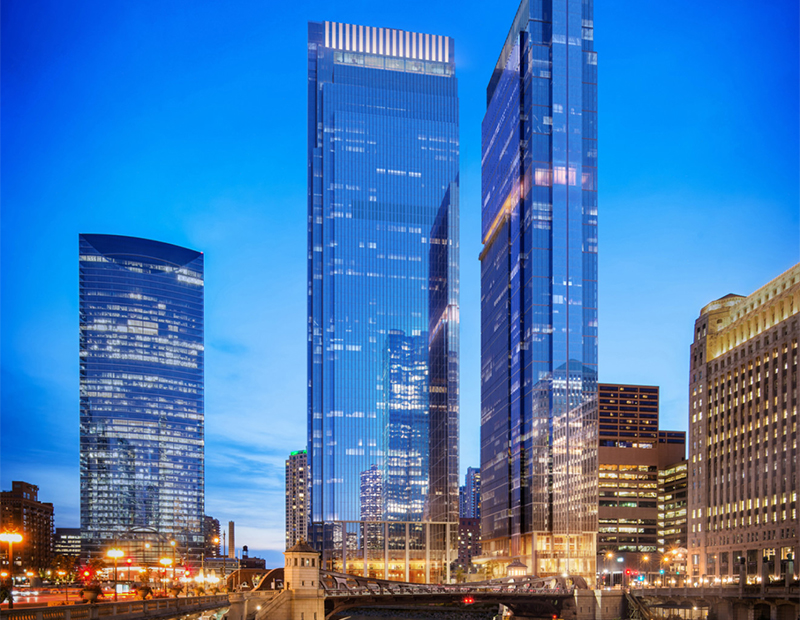 “We are in talks with additional companies interested in the remaining [office] space,” Renner said. “Based on our experience, we anticipate that Salesforce’s commitment to the project is likely to intensify interest from the tenant community.”

Construction of Salesforce Tower Chicago, which will be a model of sustainability with planned LEED v4 Commercial Interiors Platinum certification and ILFI Net Zero Carbon Certification, is on track to commence in early 2020.

Salesforce Tower Chicago marks Hines’ third partnership endeavor with Salesforce and Pelli Clarke Pelli. In May 2018, the 1.4 million-square-foot Salesforce-anchored Salesforce Tower in San Francisco made its official debut, co-developed by Hines and Boston Properties. And in November of this year, Hines announced Salesforce had signed a lease to occupy the entire 325,000-square-foot office segment of a mixed-use project Hines will develop in a joint venture at San Francisco’s Transbay Parcel F.

Salesforce Tower Chicago is scheduled to reach completion in 2023. The project marks one of Salesforce’s six Tower investments, which, in addition to Chicago and San Francisco, are located in New York, London, Indianapolis and Indiana.