You can also read our other Mortgage Banking Firms rankings.

Though we make every effort to include all major commercial lenders, several notable firms (among them JLL, PGIM Real Estate and Eastdil Secured) did not participate this year.

To be included in upcoming rankings, email Agota Felhazi at [email protected]. 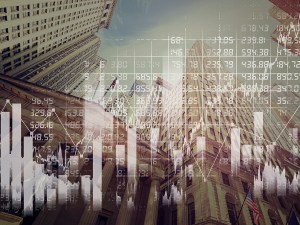 While commercial lending activity recovered in 2021 and in the first half of 2022, the increasingly difficult economic landscape caused a deceleration the second half of 2022. Total originations in the third quarter registered a 13 percent decrease compared to the same time the year before, the Mortgage Bankers Association’s Quarterly Survey of Commercial/Multifamily Mortgage Bankers Originations report shows. After a strong first half of the year in 2022, rising interest and capitalization rates began to affect deal volume in the third quarter.

Despite the Mortgage Bankers Association reporting a slowdown in origination volume for the third quarter, all but two of the top 20 survey participants indicated origination growth between the 12 months ending in September and the previous 12 months. All top 20 respondents averaged 31 percent growth in origination activity year-over-year. While Yardi Matrix anticipates a slowdown in transactions due to economic challenges, the top 20 survey participants have still experienced strong origination activity and most firms anticipate an increase in volume in 2023.

CBRE landed the top spot in this year’s Top 20 Commercial Mortgage Banking and Brokerage Firms ranking, based on a combination of factors that included more than $78 billion in loan originations from October 2021 through September 2022, the highest in terms of volume, and 16 percent growth compared to the same time frame last year.

Second place KeyBank N.A. and third place Newmark came close to tying on volume, with Newmark achieving an impressive 53 percent increase year-over-year. Among the top 10, Cushman & Wakefield turned in the greatest growth, at 59 percent, placing sixth behind the higher-volume Walker & Dunlop and Berkadia.

The Top 20 Commercial Mortgage Banking and Brokerage Firms ranking of 2023 utilized self-reported data for all firms. Our ranking is calculated using a weighted formula based on a variety of factors, including total origination volume, coverage offered, growth in transaction volume and loan positioning, among others. The ranking represents what we feel is a logical balance between firm growth and market share, as well as sector diversity or specialization. Ranking factors are not limited to the data on this page.