In its second acquisition of the month, Whitestone REIT has snapped up the Shops at Starwood in Frisco, Tex. The company shelled out $15.7 million in cash for the 55,400-square-foot suburban Dallas retail center. 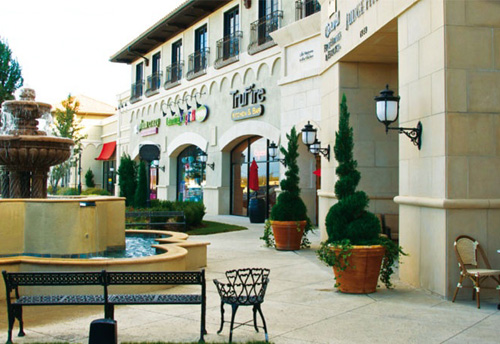 In its second acquisition of the month, Whitestone REIT has snapped up the Shops at Starwood in Frisco, Tex. The company shelled out $15.7 million in cash for the 55,400-square-foot suburban Dallas retail center and sweetened the purchase with the acquisition of an adjacent 2.7-acre parcel for an additional $1.9 million.

Developed in two phases in 2006 and 2008, Starwood occupies a 1.5-acre site in a tony neighborhood and offers a retail lineup designed to appeal to the area’s affluent resident population. In addition to locally celebrated restaurants, boutiques and the like, the 98-percent leased property features executive office space on the second level.

Whitestone acquired the asset below replacement cost and by adding the neighboring developable parcel to the deal via a separate transaction involving debt assumption and a bit of cash, the REIT walked away with room for growth. The development of the pre-zoned site would result in the third phase of Starwood, adding 36,000 square feet of retail and office space.

The REIT has not announced any development plans, but the timing for such a project could be just right, as increased demand may very well be afoot. As Whitestone notes in its press release, the U.S. Census Bureau ranked Frisco among the fastest growing cities in the country for the 10-year period ending in 2010. Additionally, according to a third quarter report by Marcus & Millichap Real Estate Investment Services Inc., with high-paying sectors such as professional services, education and health having created the most new positions in metropolitan Dallas in the past year, retail sales near office districts, medical centers and affluent neighborhoods will go on the upswing.

Whitestone announced the $29 million acquisition of Starwood just one week after revealing it had closed on the purchase of Phase I of Pinnacle of Scottsdale in Scottsdale, Ariz., thereby adding a 113,100-square-foot, fully leased property to its signature Community Centered Properties portfolio.

“While there continues to be political and economic uncertainty in the country, our focus remains on acquiring community centers that are 30,000 to 150,000 square feet in the largest markets and underserved communities within Houston, Dallas, and San Antonio, Texas; Chicago, Illinois; and greater Phoenix, Arizona,” James C. Mastandrea, chairman and CEO of Whitestone, noted in the REIT’s supplemental operating and financial data report for third quarter.