The Manhattan retail market is on fire and Vornado just grabbed a coveted 114,000-square-foot piece of it. 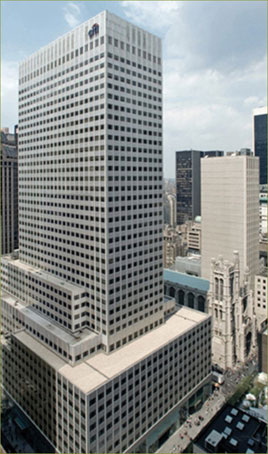 The Manhattan retail market is on fire and Vornado just grabbed a coveted 114,000-square-foot piece of it. The REIT just acquired the retail condominium at 666 Fifth Ave., shelling out a whopping $707 million for the space in the 39-story, 1.5 million-square-foot office high-rise carrying the same address.

Vornado purchased the condo from a partnership involving Kushner Cos., The Carlyle Group and Crown Acquisitions. The space is home to retailers Hollister, Swatch and Uniqlo, the latter of which occupies square footage under a deal that, when signed in the second quarter of 2010, marked the largest retail lease in Manhattan history.

The price tag of $6,201 per square-foot for 666 Fifth is staggering and indicative of the steep competition among investors for retail properties in Manhattan, spurred in no small part by the sky-high rents retail space commands from tenants. At mid-year, New York City trailed only Hong Kong as the city with the highest retail rents in the world, according to a report by commercial real estate firm CBRE Group, which concluded that strong consumer demand also prompts investors to pay premium prices.

“Values are at an all-time record high, and for those certain submarkets the values continue to escalate,” Fasulo added. “It’s a combination of different factors that are driving pricing right now. It’s the demand from luxury retailers to occupy those fulcrum positions on the street. And a nice chunk of the investment community is viewing these assets as generational assets; in an uncertain environment it’s better to buy these at a 3 cap versus government bonds that are paying little to nothing.