Large-scale furloughs underscore the challenges in the industry as chains like T.J. Maxx temporarily close their doors. 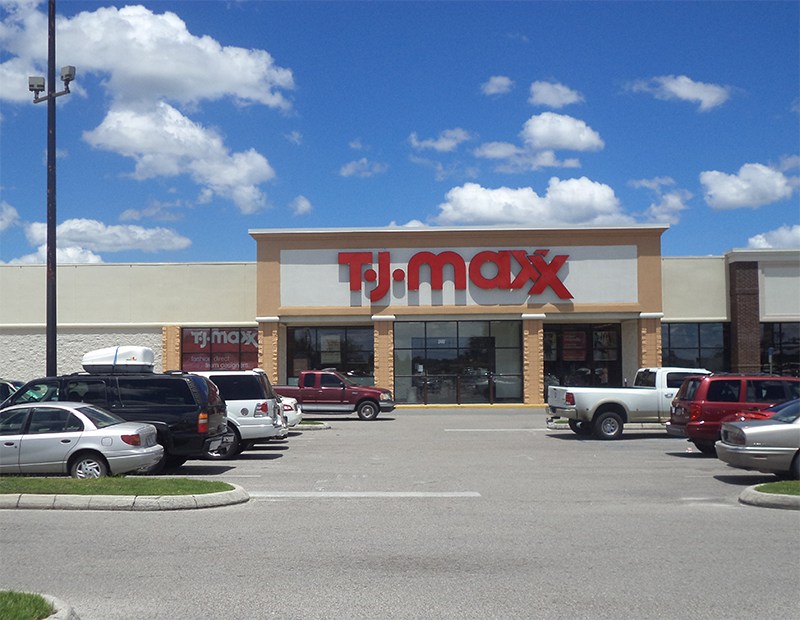 The coronavirus response has snared American retailers in an unprecedented crisis, with more than three-fifths of the nation’s stores now sitting dark amid mandatory business closures and stay-at-home orders. Nearly 4.8 billion square feet of retail floorspace has closed across the U.S., or 54.8 percent of the total, according to the latest figures from industry intelligence provider GlobalData.

That represents more than 258,366 store units that have shuttered, or 60.8 percent of the total—not including food service or service operators like gyms or spas. But there are winners and losers in the new environment. Needs-based retailers are ramping up hiring to the tune of hundreds of thousands of staff, while apparel chains and restaurants have been hardest hit by the economic freeze.

“The ones that are able to remain open, the essential businesses—groceries in particular—are benefiting the most, and the ones that were struggling prior to closures are going to be suffering the most,” said Zachary Klein, associate director at Fitch Ratings covering the real estate and leisure sector.

Klein told Commercial Property Executive that businesses deemed non-essential are rapidly cutting whatever costs they can to weather the lockdowns, for example by furloughing employees and curbing management salaries. Many retailers, including restaurant chain The Cheesecake Factory, have notified their landlords that they are unable to make rent payments this month.

Restaurants that have been able to earn cash by offering take-out and delivery service are in better shape. “Those that aren’t, in particular, are most exposed and trying to see what they can do with their landlords to adjust those costs,” Klein noted.

TJX Cos., owner of clothing chains T.J. Maxx and Marshalls, said this week it would furlough most of its U.S. employees at stores and distribution centers, paying furloughed workers through April 11, while those eligible will retain their benefits. The majority of the company’s global workforce of 286,000 people is based in the U.S.

The retail industry has now stopped issuing paychecks to well over 1 million employees across the country, Bloomberg reported, with some of the largest retail chains including Macy’s, Kohl’s Corp. and Gap Inc. shuttering stores and suspending workers. Purveyors of “essential” goods such as food, medicine and home improvement products, however, are experiencing a surge in demand.

“It’s a tale of two markets right now,” said Scott Holmes, senior vice president & national director of retail at Marcus & Millichap. “Going into this, the categories of retail that everybody wanted and that were doing really well, were the things that were seen as internet-resistant, like bars and restaurants, entertainment, fitness, even the so-called treasure hunt model of discount apparel.”

Ironically, those categories are now feeling the most pain in a locked-down America, Holmes said, while necessity retailers like Costco, BJ’s Wholesale Club, Walmart, Sam’s Club and Target are thriving.

Walmart, Amazon and CVS are taking on a collective total of 300,000 additional staff, according to company announcements tracked by Marcus & Millichap. Discount chains like Dollar General and Dollar Tree/Family Dollar as well as hardware stores Home Depot and Lowe’s are also hiring more workers.

Holmes noted that he expects the macro-trend of the increasing popularity of restaurants to continue after the coronavirus storm passes. In 2015, dining out expenditures exceeded grocery sales for the first time. “It’s those small, privately owned businesses, especially in the restaurant space, that are the most concerning right now,” he added.